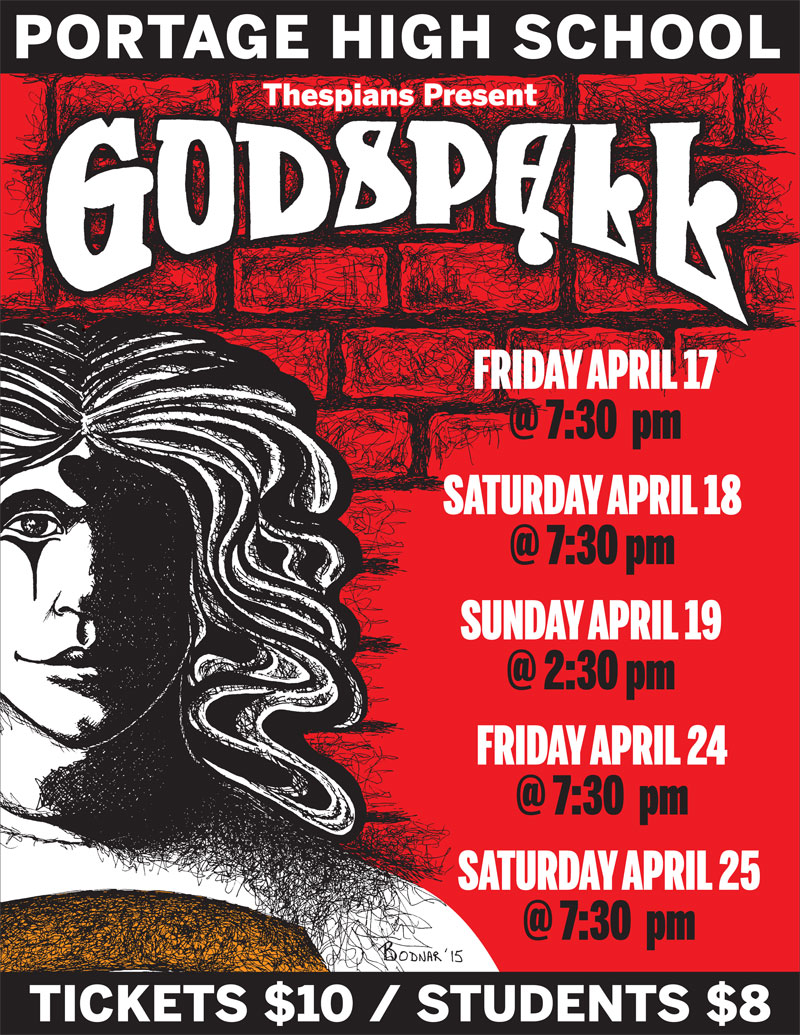 The Portage High School Thespians present their spring musical GODSPELL. Opening on Broadway in 1971, this marks the 40th of its first production at PHS in the spring of 1975. PHS was one of the first to bring GODSPELL to the stage after the rights were released, a huge success it was held over at the school for an encore show to standing room only crowds.

Its popularity never waning, it has been produced at Portage many times with this 40th anniversary show marking its 5th PHS run. The original Director William Bodnar returns to the Directors chair in this special anniversary production. Dozens of talented PHS students have been rehearsing for two months to bring this rousingly delightful rock musical to life once again. GODSPELL will be presented April 17, 18, 19 and April 24 & 25, Fridays & Saturdays at 7:30pm & the Sunday performance at 2:30pm. Tickets are only $10, $8 for students. Tickets will be available at the door. For more information call the Auditorium at (219)764-6126.