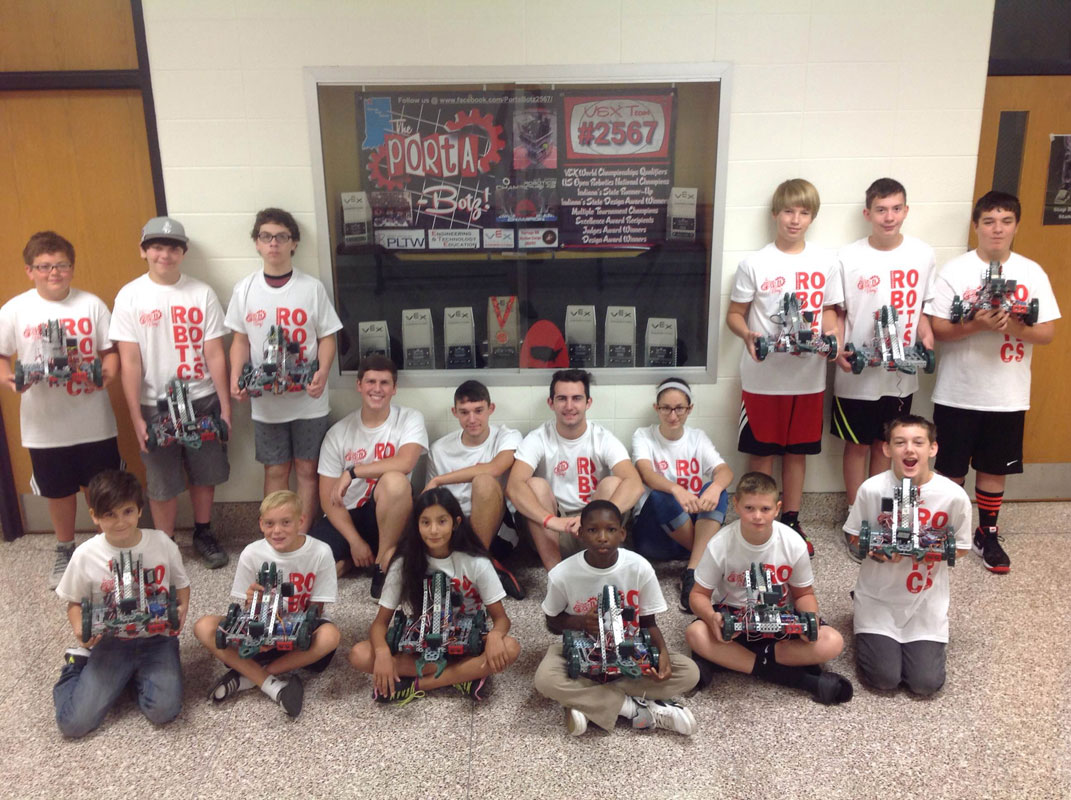 The award winning Porta-Botz! robotics team was host to an eager group of middle school students for a 3-day robotics camp. Day 1 was all about programming the "Clawbots" to successfully navigate an arena. Campers learned how to "talk robot talk" and get the robots "to walk" autonomously through a series of coding challenges. In addition, students added sonar sensors to control robot movements. Day 2 introduced campers "Driver control" of their robots. This involved the mapping and programming of gaming-like controllers to give students real time control over their robot's actions.

Campers then practiced their driving skills through obstacle courses and finished the day competing in a series of robot games challenging teams to out score their opponents. Day 3 began with more programming challenges before moving to the main task of designing a robot to compete in the VEX World Robotics Challenge. Participants reviewed the rules and constraints, brainstormed robot ideas, worked in design teams, and ultimately presented their solutions. Upon completion of Robo Camp, students enjoyed a pizza party and were recognized with a certificate of achievement. 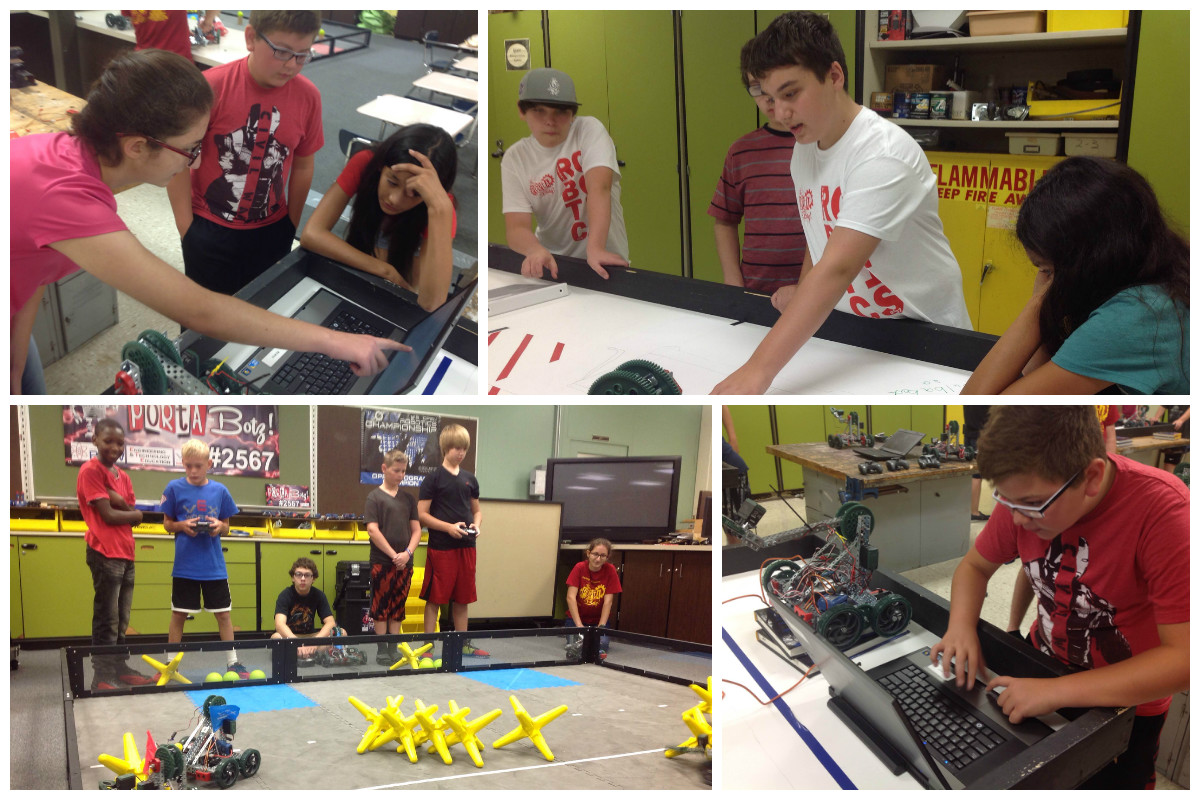