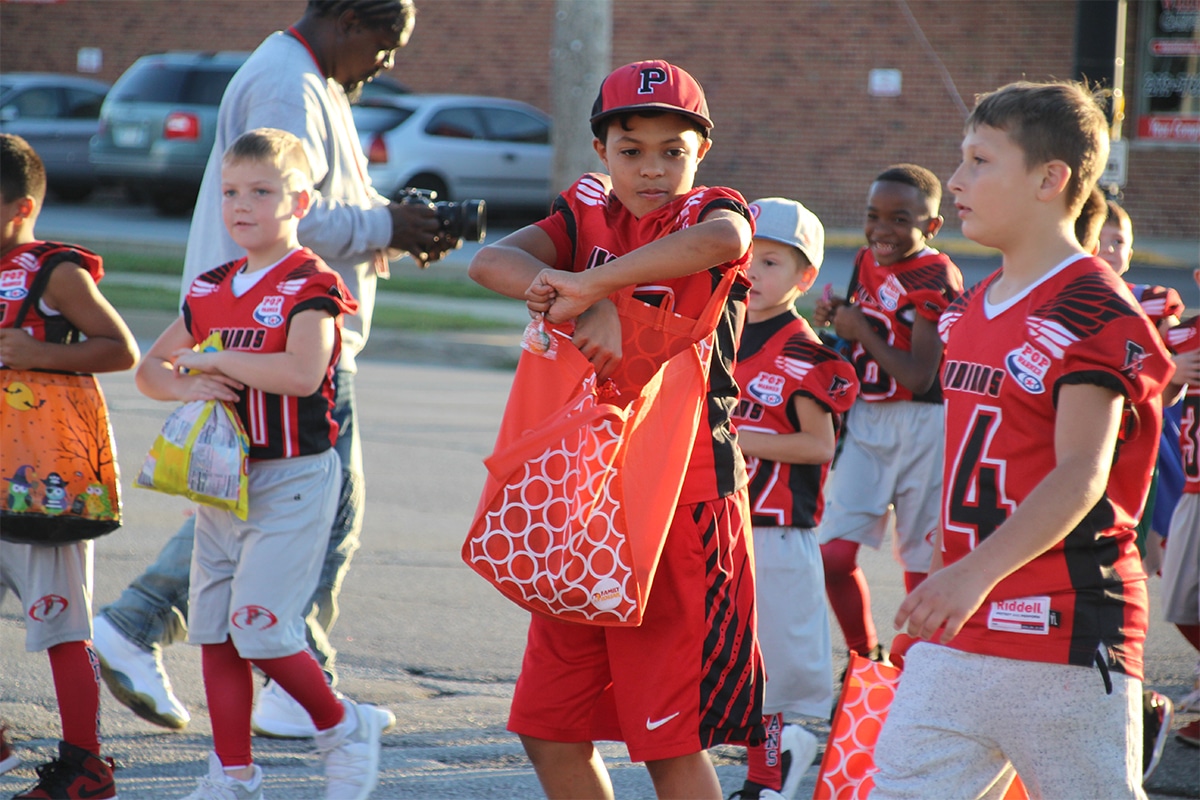 Melissa Deavers-Lowe, Director of Communications for Portage Township Schools, was excited for the parade festivities. As a proud Portage alumni, Deavers-Lowe shared what made the parade special to her.

“The best part of the parade is seeing the community come together to show their support for our schools and organizations,” Deavers-Lowe said.

Deavers-Lowe said the high school’s Student Council is responsible for organizing the event each year.

“I really want to commend our high school's Student Council for all they do for homecoming every year. There's a lot of planning and organizing that goes into the week,” Deavers-Lowe said.

Senior Cheerleader, Erin Belt, felt bittersweet, as this was her final march down Central Avenue.

Belt said that Spirit Week at school led up to the parade, with signs, balloons, and streamers adorning the halls of the high school.

Belt said she looks forward to the Homecoming football game against Michigan City this Friday.

Equipped with portable chairs and bags for candy, Stephanie Smith watched the parade with her family.

Smith attends the parade every year because her kids enjoy watching it, but also to support the other children in the community.

“We’re here to get out and have fun,” Smith said.

Smith’s young son, Liam, loves the police cars and marching band. Smith said she enjoys having a wholesome activity for their family to attend.

"The purpose of the parade is to showcase the amazing organizations and share our pride with the community,” Deavers-Lowe said.

As the parade drew to a close at the water tower at Founders' Square Park, the participants and crowd alike were overflowing with community pride.'