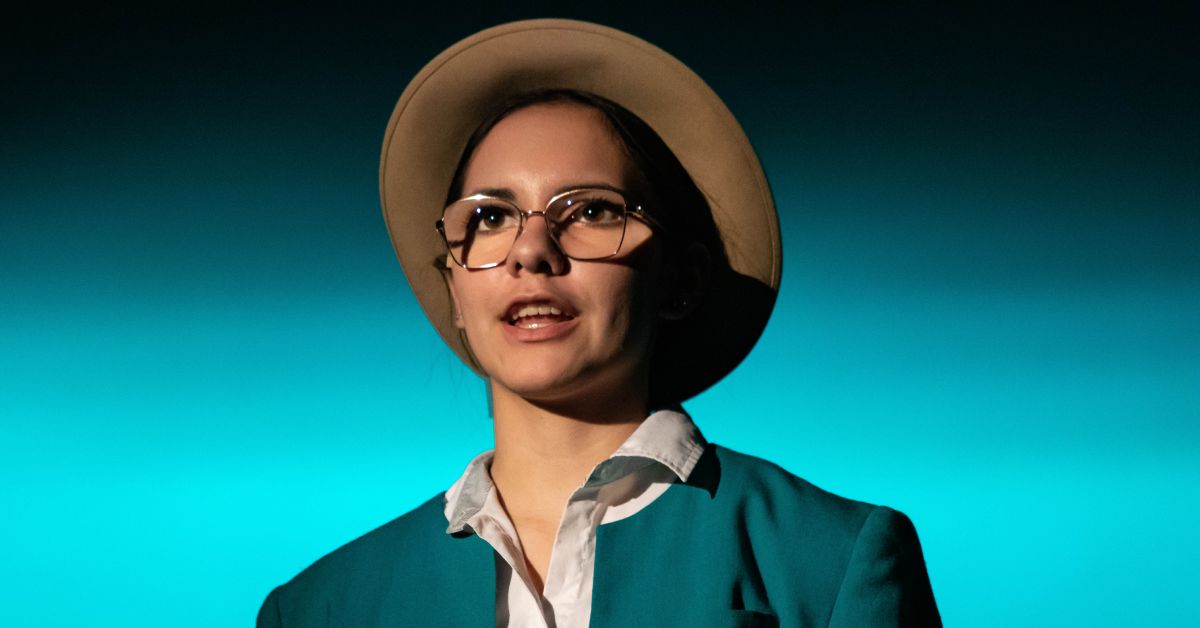 The Portage High School Thespians Club is showing “The Alibis,” its first show of the year, with opening night set for Friday, November 18. The production begins when billionaire J. Leslie Arlington is murdered in his home ahead of his birthday party. A halfwit detective realizes that all of the suspects refuse to admit their involvement because they were committing petty crimes themselves.

“Expect a lot of red herrings and slapstick humor,” Mahaffa-Thompson said “Hopefully enough to help everyone lighten up and remember why we do the things we do for the people we love.”

Guido is the president of the Portage High School Thespians Club and has been a member of the group since freshman year. He plans on continuing to pursue the performing arts in college.

This is Guido's last year as a thespian.

“It's definitely creeping up on me. I’ve spent so many hours in this auditorium, and now it's almost coming to an end,” he said. “I’m definitely going to cry at the spring show, and probably at the end of this one too.”

St. Myers has also been a part of the program since freshman year. After high school, St. Myers wants to be an actress. If that does not work, she plans on being a sound engineer.

“There are no emotions, just shock.” she said. “ I will be bawling my eyes out on opening and closing night.”

Both seniors have a lot of knowledge to go around regarding thespians. They offered this advice to incoming actors.

“Just do it. You get out of your shell and get to be who you are. The people here are some of the most sincere and genuine people alive. You will treasure the friends you make here,” said Guido.