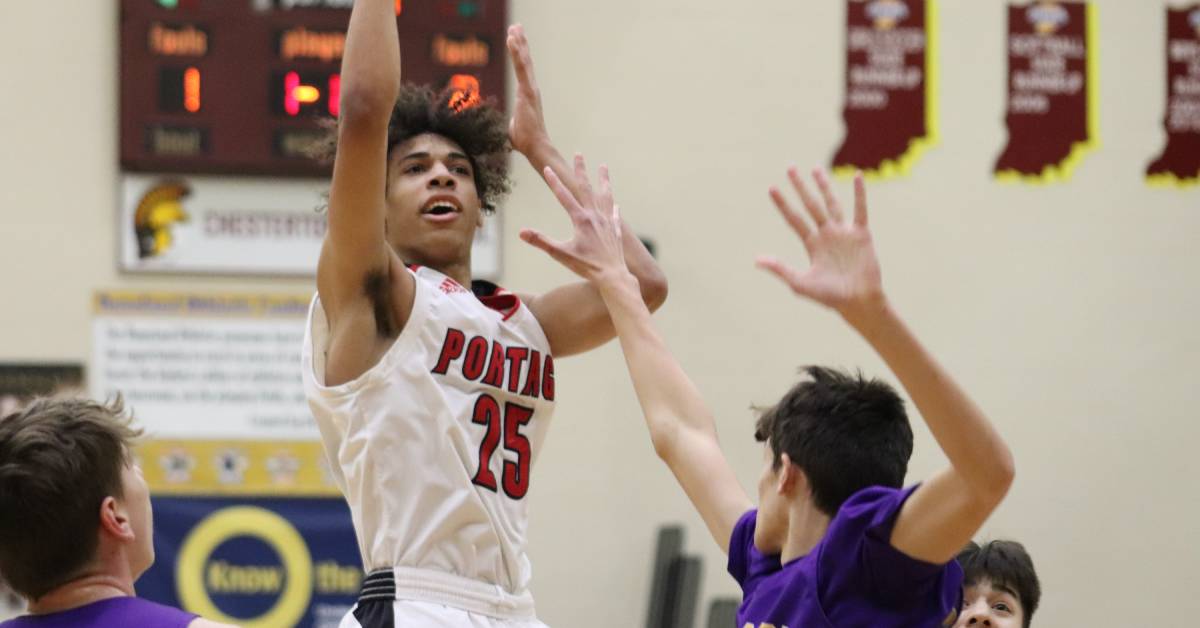 Chesterton High School hosted Portage and Hobart’s boys basketball teams this Monday night for the first Sectional match. Both teams came in with a 7-14 record, and the game did not disappoint.

Portage began the night in the lead, getting the tip and a quick three pointer from Anthony Williams to give Hobart the momentum. In the second half of the quarter, Hobart forced multiple turnovers but was unable to stop the Indians’ drives. The Indians ended up with a small lead of 15-14.

The first basket of the third quarter was made by #23 Fabian Salazar-Bernal for the Brickies. At the end of the quarter, Hobart was still in the lead 35-32.

By the end of the fourth quarter, the score was tied 39-39, leading the game to go into overtime. The Indians set the tone for overtime with an early field goal along with a free throw. Portage pushed ahead during overtime and ended the game with final score of 51-45.

Head Coach of the Indians Rick Snodgrass commented on what he thought led the Indians to victory.

“I would say our defense got us the win,” Snodgrass said. “We finally started making some defensive stops, and we finally made a couple of key shots. But I would say defense was the key.”

Portage will continue on to face the Lowell Red Devils in the Sectionals tournament. The game will be on Friday, March 5 at 5:30pm.