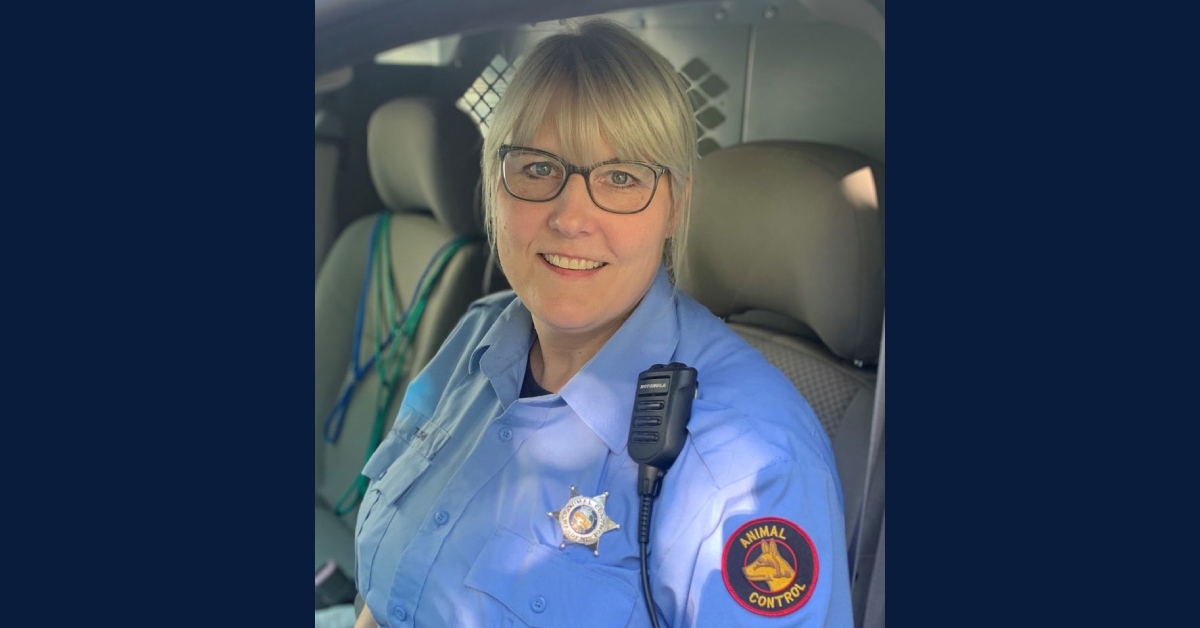 Each Sunday we will feature a project going on within the city, happenings within a department or someone who works hard to provide services to the community. Today we talk to Terri Allison, the city's animal control warden about her job and the department.

Terri Allison, the city's animal control warden-supervisor, says the top priority of her department is reuniting families with their lost dogs.

"We genuinely care about animals," Allison said of her department, which consists of herself, deputy warden Julie Furry and administrative assistant Marianne Hensley.

The trio work from their base at the Portage Police Department.

The Animal Control Warden, said Allison, is responsible for knowing city regulations regarding animal control; issuing citations for code violations; capturing, impounding and transporting stray animals to the Porter County Animal Shelter; creating and maintaining reports; routinely patrolling city streets for stray animals and responding to emergency calls after hours. Those in the department must also have the in-depth ability to think and act quickly -- but calmly and accurately -- under stress when dealing with injured or dangerous dogs.

They respond to calls for stray dogs, animal bites, barking dogs and well-being checks. The department responds primarily to calls involving dogs, but also handles calls involving racoons suspected of having distemper and injured animals, said Allison, who has worked on the department for nearly two and a half years. She previously worked as an EMT for a private ambulance firm.

The department answers between 1,500 and 2,000 calls a year with numbers peeking in the summer months, when they answer between 175 and 250 calls each month. Last year more than 500 of those calls came through Porter County 911 Dispatch.

Allison said when Hensley receives a call at the office, she dispatches Allison or Furry to investigate. Hensley also works to help search for the owner of a dog which may have been reported at-large.

"On a typical day I start at 7 a.m. and check messages on the voicemail and our mailbox for bite reports received from Porter County Health Department. I return calls to citizens to answer their questions. I patrol the city for strays. Julie starts her shift at 9 a.m. and I come back to the office to go over any reports or incidents that need to be addressed," said Allison. "We keep each other informed of open cases. We advise Marianne if we are expecting people to call with information and which case it’s regarding. Julie and I will patrol the city for strays. Marianne is in the office to receive calls and notify us."

"If we receive a call for a dog running at large in the office or are notified on the radio from dispatch we go to the area and start searching for the dog. We try to get as much information on the dog regarding color, size, and if it has a collar on. Once the dog is located we secure it on a leash and place it securely in our van," she said.

"We scan the dog for a microchip, check the collar for tags or handwritten information, and take a picture of the dog to post on Portage Animal Control’s Facebook page. If we locate a microchip number we contact Marianne and she will begin the process of contacting the microchip company to get owner information. If the microchip is current we are able to return the dog after contact is made with the owner," said Allison, adding owners have to provide proof of current rabies vaccination.

Allison encourages all pet owners to obtain a domestic animal license at the Portage Police Department each year. Owners must have proof of current rabies vaccination for each animal being registered, proof of liability insurance coverage for not less than $100,000 for any injury, damage or loss caused by said animal, and a current id card or driver’s license. Licenses will be issued without cost, except for replacement tags, which shall be issued for a replacement fee of $5.

She recommends residents to always have a collar and tags with current information on their dog at all times.

"Accidents happen and dogs slip out of the yard and away from owners, we would like to get the dog home quickly and safely. Microchips are easily available at vets and local low cost vaccination clinics and they have reunited many dogs in the City of Portage," said Allison.