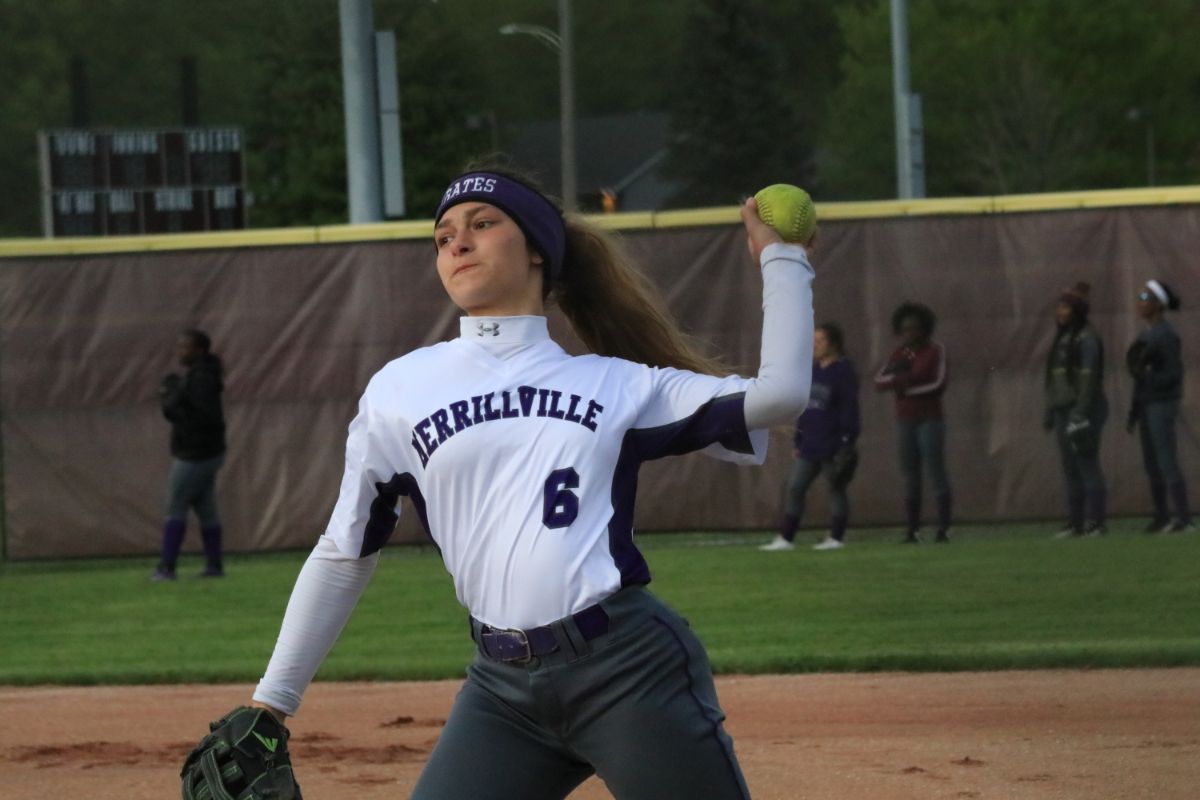 The Portage Indians competed against the Merrillville Pirates in the 35th Annual IHSAA Sectional Softball Tournament on Monday night. The Indians jumped on the Pirates early in the game, leading 8-0 in the first inning. They used their first inning triumph to coast to a 14-3 victory.

The Indians were led by Liv Ortiz’s efforts in the pitching circle and big hits from Megan Bennett. However, it was a a full team effort that led them to victory.

Joy Ichiyama, Portage Indians head coach, knows the victory was a big sectional win but understands that it only gets tougher from here.

Megan Bennett, Portage High School junior, had an exceptional night. Megan had three hits and a hit by pitch. She loves playing softball and is happy to play alongside all of her friends this year.

“Today was a lot of fun; it felt really good to get a sectional win,” said Bennett. “I have made a lot of great friends through softball, especially this year. I am excited for the semifinals game and next season as well.”

The Pirates struggled to keep up with the powerhouse of Portage’s offense but held together and fought to the end. Paige Wood, Merrillville High School senior, pitched a competitive few innings and her teammate Leah Peloza also threw against the Indians. A few hits were turned in by the Pirates and with each hit came a wave of support from the Merrillville fan section.

The Indians will face off against conference rival, Chesterton, in the semifinal on Tuesday night. They hope to advance to the championship round in search of a sectional title.