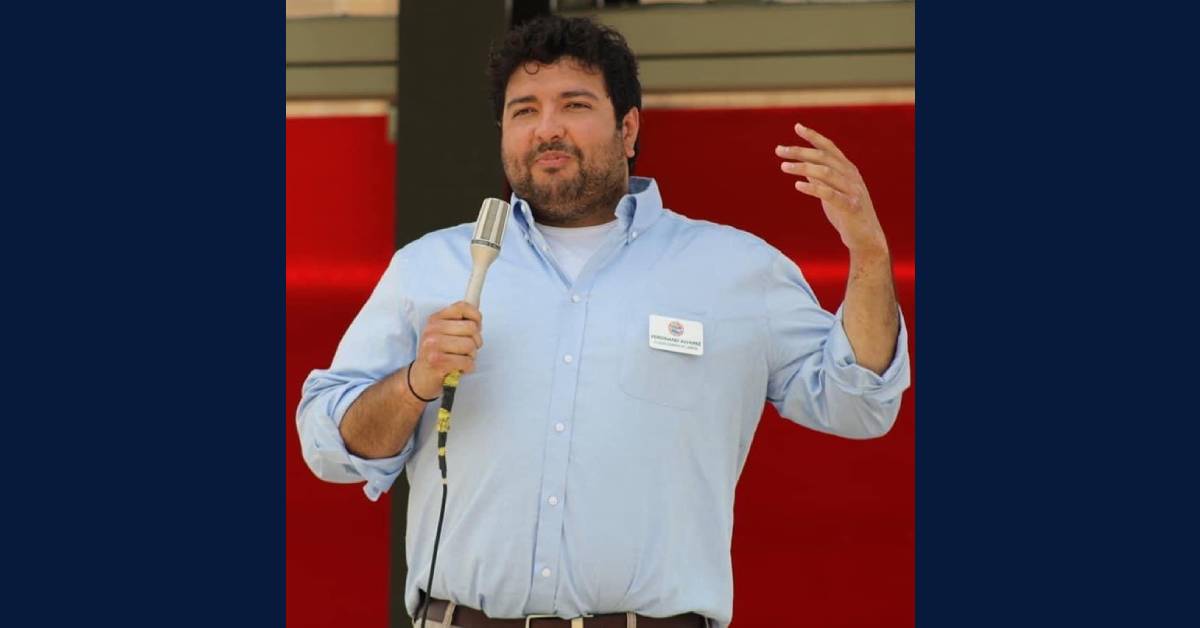 Why did you run for a city council position?

The reason that Ferdinand Alvarez ran for Portage City Council was that he saw how the city council was functioning and thought the City of Portage had a negative reputation.

“In 2019, I had just started my final semester of law school at Valpo and, although it was a very busy few months, I was able to graduate law school and advance from the primary to the general election. I felt I could contribute to the city in a positive way," Alvarez said.

“The job of a city council member is to be a member of the fiscal and legislative bodies of city government. We approve budgets and pass ordinances, and ultimately serve as liaisons of the citizens of Portage to their government," Alvarez continued. "Being an at-large member, I represent the entire city, which is something I’m very proud of and take very seriously because the interests of residents of one side of the city are not always the same as the interest of residents on the other side. It’s an interesting balance because Portage is a rapidly growing, diversifying city, and I look forward to contributing as best I can.”

Alvarez has had political mentors from Lake and Porter counties. During his sophomore year at Purdue University Calumet, which is now Purdue University Northwest, the Mayor of Hammond, Tom McDermott, taught two semesters of political science classes. That is when McDermott encouraged Ferdinand Alvarez to pursue his education and someday run for office.

Mayor of Portage Sue Lynch also believed in his potential and has been supportive and encouraging. Alvarez is proud that he currently holds the same position that she held for many years.

“I like being able to learn firsthand about the functions and operations of municipal government while helping people at the same time," Alvarez said. "Last year, I served as a member of the Budget Committee. This year, I’ll be serving as the chairman of the Ways & Means Committee along with being a member of the Strategic Planning Committee, the Redistricting Committee, and the Board of Licensing and Registration. I'll also be the council liaison to the Port Authority and the Porter County Recycling and Waste Reduction Board.”

“Being a member of the Budget Committee during my first year on the council was a tremendous learning experience, and I’m proud that we’re working to put the city’s fiscal house in order," Alvarez said. "I’m also really proud of the fact that the city council, as a legislative body, operates smoothly and efficiently. Meetings are no longer contentious and personalities no longer dominate the discourse. The current council works together well in the best interest of the residents of Portage.”

“I started getting involved in politics when I was about 14 years old. I started out by volunteering for local campaigns. I folded letters, licked envelopes, knocked on doors, walked in parades, and once I was old enough to drive, I would put up yard signs," Alvarez said. "When I was 22, I filed to serve as a precinct committeeman for Portage Precinct 27, a position I still hold."

"In 2015, I worked as an area coordinator for the Brendan Clancy for Mayor campaign," Alvarez said. "In that role, I knocked on hundreds of doors, mostly on the west side of Portage, and I really got a feel for our city. In 2019, at age 29, I ran for city council and knocked on more than 3,000 doors citywide. I’m proud of the fact that Portage is a city where young people get involved in their local government.”

"In Portage our entire slate of elected officials belong to the Democratic Party, but when governing you try to work with everyone, regardless of party affiliation," Alvarez said. "I’ve sat down in the living rooms of residents who are die-hard Republicans yet were grateful and appreciative that I was able to listen to their concerns. One very kind lady offered to add one of my campaign buttons to her collection of political memorabilia, even though we weren’t necessarily on the same side. It’s all about treating people fairly and with respect.”