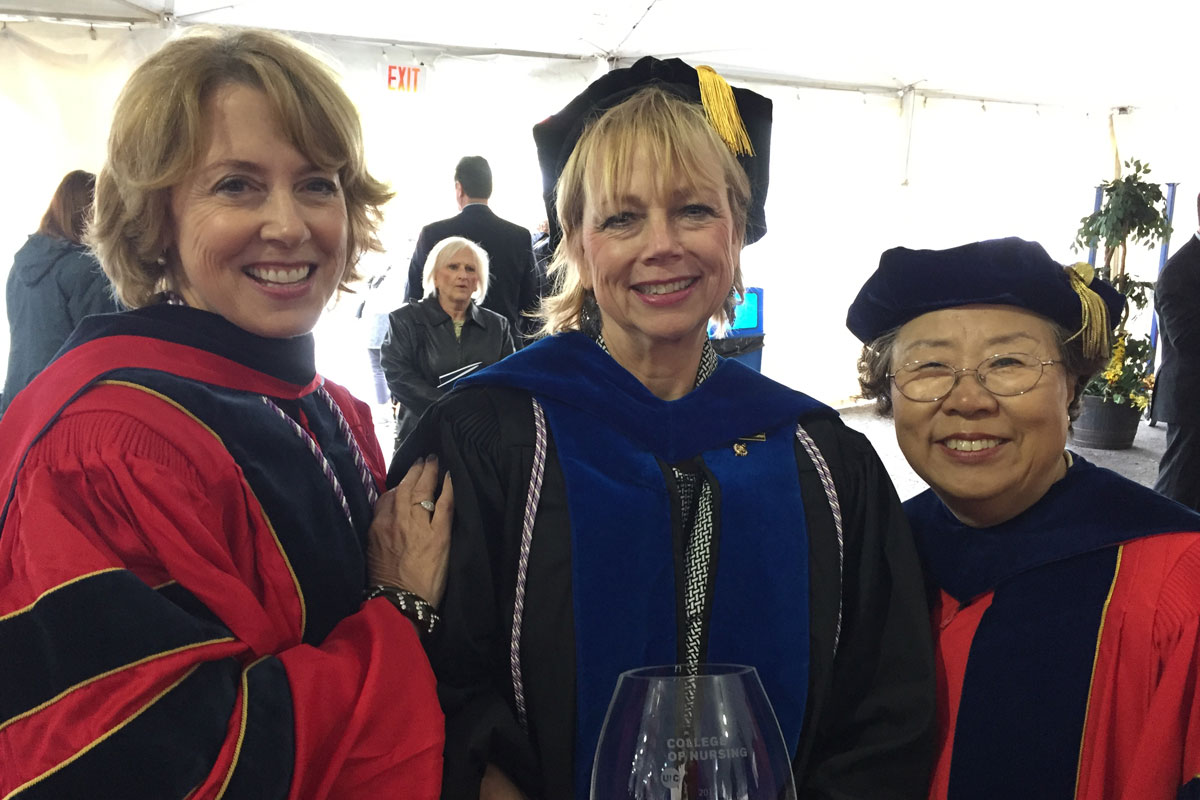 Lisa Hopp of Valparaiso, who earned doctoral and master’s degrees from UIC, was recently recognized for her distinguished and accomplished career as a nursing professional and educator.

“If I am distinguished, it is only because of the education and mentorship that I received at UIC’s College of Nursing,” she said. “I learned about what it means to be a scholar, how to become part of a research group and, most importantly, I developed a mature understanding and philosophy of my discipline of nursing and the science of nursing.”

“It has transformed our curricula, influenced policy and impacted patient outcomes by teaching practitioners and students to use evidence-based practice in making critical decisions,” she said.

Hopp also has co-authored a book, received a PNW National Institutes of Health (NIH) grant and is a former recipient of the university’s Outstanding Teaching Award.

From staff nurse to PNW Dean
From her early career years as a staff nurse in the medical intensive care unit at Rush Presbyterian-St. Luke’s Medical Center in Chicago, she moved into higher education, eventually being appointed the first Dean of Purdue Northwest’s College of Nursing in 2016.

Hopp, who has served Purdue Northwest since 1992, also is respected for mentoring junior faculty and leading numerous initiatives in support of teaching and learning. Additionally, she was an early PNW adopter of technology in the classroom, through which she helped initiate the peer mentoring program for a PNW Distance Learning Task Force.