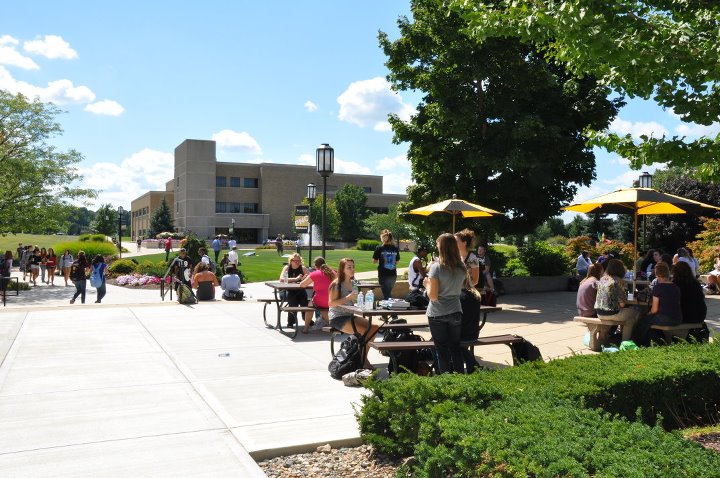 The Purdue North Central Women’s Association will take its spring bus trip to Chicago on Saturday, April 11 to see Outsider Art. There will be time for lunch and shopping.

The group will make its traditional stop at Trader Joe’s where guests will have the opportunity to shop for items to bring home to enjoy. Men and young adults are welcome to attend.

Cost for this trip is $75 for PNCWA members and $85 for non- members. The day will start at 7 a.m. with breakfast of Dunkin’ Donuts and toasted Panera bagels in the Schwarz Hall Vending Room. After breakfast the group will board the luxury coach with restroom that will leave campus at 8 a.m. sharp.

The first stop will be at Trader Joe’s for some shopping. Purchases can be stowed in the secure storage area under the bus.

Next up is a drive to the Bridgeport Art Center, home of Project Onward. Project Onward serves more than 55 artists, ranging in age from early-20s to early-70s, each with unique creative styles and facing diverse challenges, from autism to mental illness.

Project Onward was founded in 2004 and soon after moved to the Chicago Cultural Center, where it became a citywide resource and began serving more artists. In 2013, it moved to a professional artists’ studio and gallery in the Bridgeport Art Center. The 13,000-square-foot space includes three galleries and a studio customized to the needs of the organization’s growing artist membership. After nine years as a city-led program, Project Onward began the transition to becoming an independent nonprofit.

Some of the working artists will be available to meet and a gift shop abounds with treasures.

For lunch, the group will move to Masada, is Chicago's newest Middle Eastern dining experience.

When making a reservation for the bus trip, be sure to note a lunch choice from the menu of:

After lunch is a walk, or quick bus ride, to Susann Craig’s loft. At one time, Craig rented space in her home to local students. Then she briefly shared her space with a young architect, who recently received a master’s degree from Harvard University. The former student is Jeanne Gang, now an internationally known architect. The firm she founded, Studio/ Gang/Architects, designed Chicago’s Aqua Building and has left its footprint from San Francisco to China, Germany to New York, including its American Museum of Natural History addition.

Gang and Craig became lifelong friends and Gang helped redesign Craig’s loft to display Craig’s growing collections of art and jewelry. Craig, is a manufacturers’ rep. in woman’s clothing and the accessories industry and previously owned gift shops in Leeland and Sutton’s Bay, Mich. and in Champagne, Ill. Her home was featured in the book, “A Home of Her Own,” by Nancy Hiller, which showcases intimate living spaces and the stories of those who live in them. Craig will share her space with the PNCWA for a tour and relaxing visit.

The final visit for the day will be Intuit: The Center for Intuitive and Outsider Art. Twenty-five years ago, Craig became a founding member of the Intuit Museum, the only nonprofit organization in the United States that is dedicated solely to presenting self-taught and outsider art — with world-class exhibitions among other things.

Particularly of note will be the first Chicago retrospective for Mr. Imagination, Gregory Warmack, and a celebrated Chicagoan whose career spanned more than 30 years. Incredibly prolific, his happy figures belie the series of tragedies he experienced in life, including a near-fatal shooting.

There will be time to stop in the gift shop.

To make a reservation, checks should be made payable to “PNCWA” and mailed to Liz Bernel, Room Schwarz 154, Purdue University North Central, 1401 S. U.S. 421, Westville, Ind. 46391. Include the meal choice and contact information to receive confirmation that payment is received.

Anyone cancelling a reservation will receive a full refund only if the seat is resold. There is usually a waiting list of potential buyers.