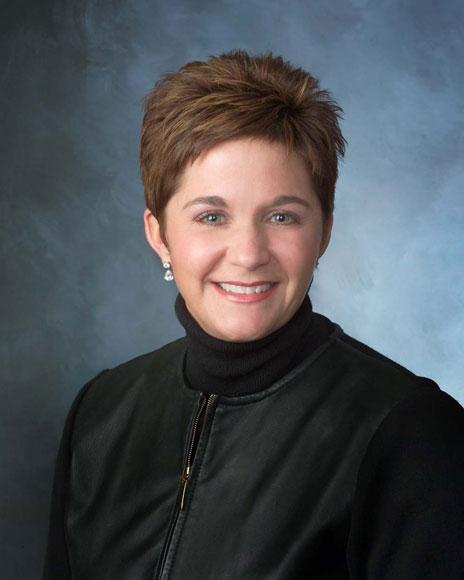 Leslie Plesac, director of Purdue University North Central - Porter County, has been awarded the Chesterton/Duneland Chamber of Commerce Volunteer of the Year award.

The Chamber's Volunteer of the Year Award honors those who actively dedicate their time for the service of the chamber and the Duneland community.

"Leslie Plesac is more than deserving of this award. The breadth and depth of her volunteerism is staggering," said Tracy Freeze, vice president of the Chamber Board of Directors, in presenting the award. "She has demonstrated an unparalleled commitment to bettering our community."

Plesac has been an active in the community for the past 15 years. She has devoted herself to organizations dedicated to education, helping women, children and the elderly and working toward the betterment of the community.

"I am so honored to receive this award and be recognized for the work that I have done," said Plesac after receiving the award. "I am fortunate to be living in a great community so it is easy give back and to volunteer for the many worthy organizations here."

Plesac serves as vice president of the Tri Kappa Iota chapter and will become president for the 2013 - 2015 term. Previously, she served as chair of the Scholarship Committee and book sale chair.

A member of the Valparaiso Rotary, she is also a past board member and co-chair of the Community Service and Community Development Committee.

She also assisted with the Chamber of Commerce-sponsored Reality Stores for the Valparaiso, Duneland and Portage schools.

At PNC, Plesac is a member of the Purdue North Central Women's Association, she has been active in supporting PNC athletics and play key roles in fundraising through the annual campus golf outing. Plesac and Susan Brychell, directors of Purdue University North Central - Porter County, have planned and hosted Academic Super Bowl competitions for students in the Porter County schools for the past six years.