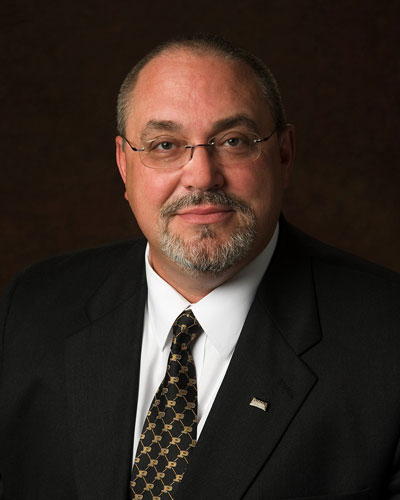 This appointment is subject to ratification by the Purdue University Board of Trustees at its meeting at PNC on Friday, April 9.

As vice chancellor for Administration, Turner will become the chief financial officer for the campus and assume responsibility for planning, developing, implementing, and evaluating the campus fiscal operations. He will direct the physical plant operations, which includes campus safety and security, utilities, maintenance, building services, grounds and administration. He will oversee budget and business services, human resources and payroll, facilities planning and projects, information services operations and be a liaison between PNC and the Purdue Research Foundation.

"It is my honor to welcome Steve as vice chancellor of Administration," said Dworkin. "Steve brings to this position a wealth of knowledge about campus operations and physical facilities. During the past year, he has done an excellent job in his interim appointment and I am confident that he will continue to do an excellent job for PNC and Purdue University. Steve will face many challenges in the coming weeks and months as the campus deals with budgetary issues. He will also provide valuable leadership as we move forward with construction of the new Student Services and Activities Complex."

PNC conducted a national search to fill this position. Candidates participated in the interview process with representatives from the North Central and West Lafayette campus.

"Steve has a long history of accomplishments with Purdue North Central. Purdue North Central is a growing campus with ambitious plans for the future. Steve's knowledge, experience and tremendous enthusiasm for the job will serve him well as he steps forward at PNC during this critical time," said James S. Almond, Purdue University senior vice president for Business Services and assistant treasurer.

A Merrillville native and current resident of Valparaiso, Turner is a former member of the School City of Hobart Board of Trustees, served on the Hobart Family YMCA Board of Directors, is Distinguished Past President of the Hobart Kiwanis and past president of of the Porter County Salvation Army Advisory Board.