“On the Sabbath we went outside the city gate to the river, where we expected to find a place of prayer. 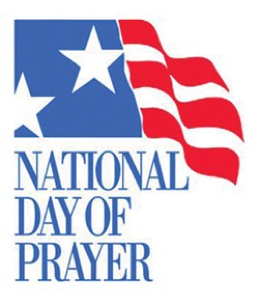 We sat down and began to speak to the women who had gathered there” (Acts 16:13).

Today is the National Day of Prayer in the United States, and there has been a lot of rumor, speculation, hand-wringing and worry over this year’s observance. For a while, there was a rumor floating around Facebook and other parts of the internet that President Obama had cancelled this year’s observance; that isn’t true. He did, in fact, sign a proclamation last week as presidents have done for many years. There is, of course, a pending court case, in which a judge ruled the day is unconstitutional, and which the administration is poised to spend time defending the practice and defending its constitutionality. And, of course, in a ridiculous case of political correctness, there was the infamous “uninviting” of Rev. Franklin Graham by the Pentagon. (For the record, I think Rev. Graham has done a tremendous job of rising above the controversy and has represented the Christian faith well.)

But even with all of that hand-wringing and worry, even with what interpret as ominous clouds on the horizon, the day still goes on. This morning, I gathered with our city leaders in Portage for a prayer breakfast (4 different kinds of pork...bacon, sausage, ham and sausage gravy!), and at noon we will gather outside on the lawn of City Hall to pray for our city and our nation. As I told my congregation on Sunday, I honestly don’t care how the court case comes out or whether there is an officially proclaimed National Day of Prayer or not. Because we ought not have to wait for a presidential proclamation to have a day of prayer. In fact, every day for those who believe is a day of prayer. We ought to be praying for our president, our leaders, our nation, our city...each and every day! No court, no judge, no leader can stop us from doing that. (And, by the way, I was proud of our mayor today who acknowledged the controversy on the national level and then said, “As long as I’m mayor, we will continue to pray in this city.”)

The question this day and this turmoil brings up is whether or not people know us as people of prayer and our churches as places of prayer or not. When Paul went to Macedonia, he went immediately to a place of prayer. He knew, even before arriving, that he could go to a particular place (by a river, outside the city) and there he would find praying people. And he knew, from that place of prayer, great things would happen. Ministry would happen when the people prayed. The same is true today. Kingdom building takes place when people pray. So, if someone like Paul came to our city and wanted to find a place of prayer, would they think of us? Are we known as people of prayer?

Today, on this National Day of Prayer, let’s be about the business of God’s kingdom, as we ought to bes every day. Let’s be lifting up our leaders, our families, our nation, our world to the throne of heaven. May this day spur us on to greater and more faithful conversation with the king of heaven.