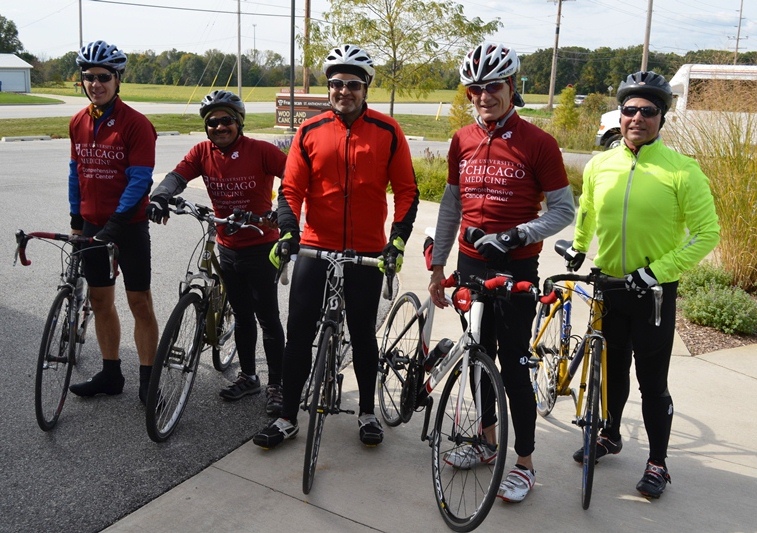 Physicians from The University of Chicago Medicine took a break during a segment of a two-day, nearly 100-mile Urologic Oncology Bike Tour and Fundraiser Oct. 10 to visit staff and tour Franciscan St. Anthony Health-Michigan City’s Woodland Cancer Care Center, 8955 W. 400 North. Franciscan Alliance and the university formed a partnership last year and the physicians said they were anxious to meet their new counterparts and get a look at the facility’s amenities.

Shown when they first arrived at Woodland are (from left) medical doctors Greg Bales, Mohan Gundeti, Vivek Prachand, Arieh Shalhav and Greg Zagaja. They spent about an hour chatting and having lunch with the staff and taking a tour led by Rosemary Meux, the center’s director of oncology. In addition to raising awareness about urologic diseases and the importance of early detection and testing, the cyclists hope to raise funds, from what they plan to be an annual event, to benefit the Fritz Duda Foundation. 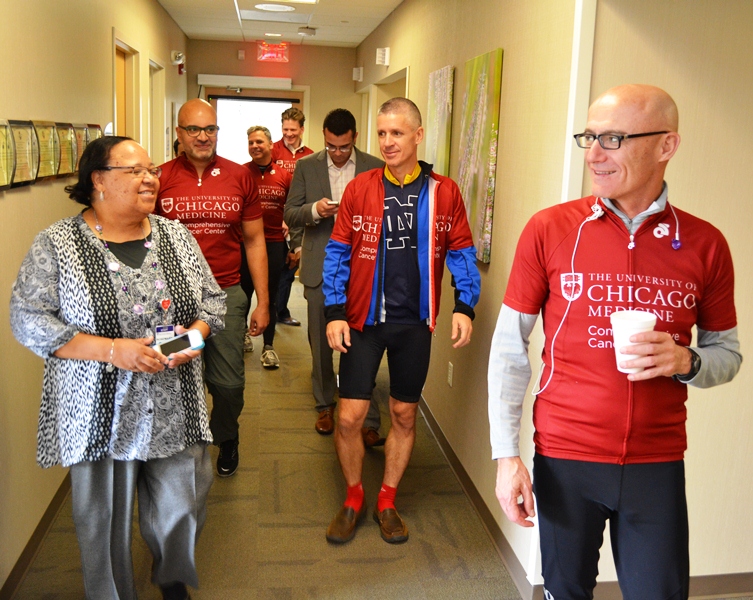