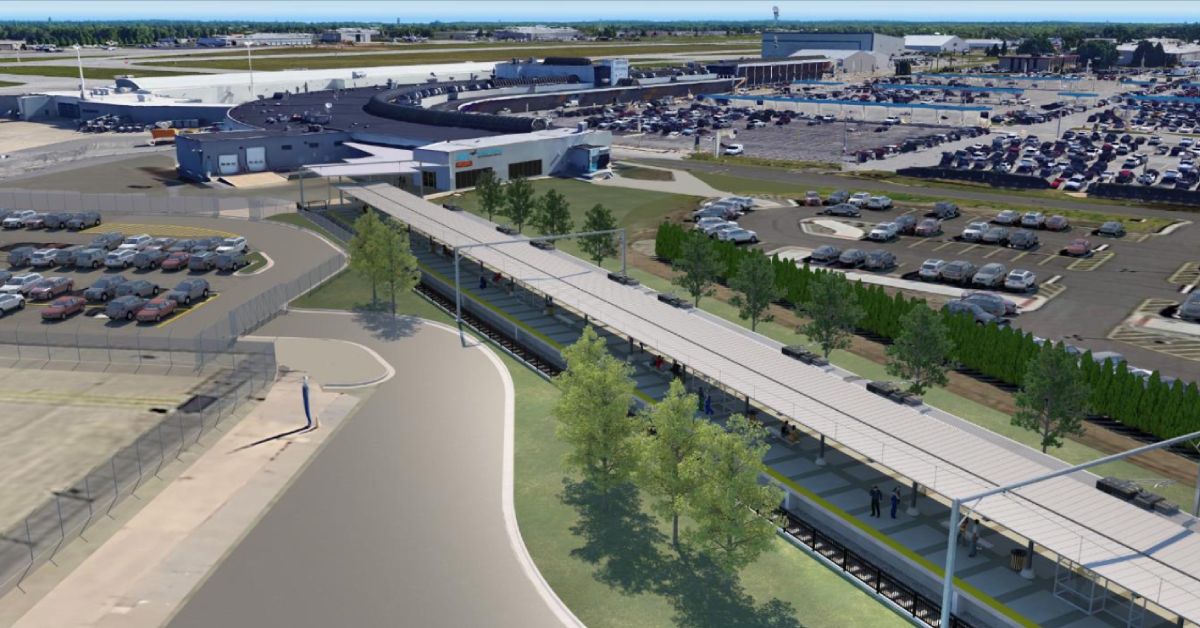 The Northern Indiana Commuter Transportation District (NICTD) is pleased to announce that DLZ has been awarded the $6 million dollar engineering services contract for the South Bend Airport Realignment project.

The purpose of this project is to provide a quicker, safer, and more efficient route for commuters to travel from South Bend to Chicago. “By realigning the current station terminus at the South Bend Airport, we can reduce distance, eliminate curves, and reduce grade crossings. It’s an exciting opportunity, and we are pleased to welcome DLZ on board this project,” said Michael Noland, President of South Shore Line.

The South Shore Line station will be moved from the South Bend International Airport terminal’s east side to its west side, reducing travel time from the airport to Millennium Station in Chicago to 90 minutes.

DLZ’s engineering services will begin with a National Environmental Protection Act (NEPA) analysis and Federal Aviation Administration (FAA) screening in preparation for NICTD to begin seeking federal funding in late 2023. In partnership with subcontractors, they will also complete the design of the station and connection to the terminal, as well as the construction of putting the new alignment into service. Full completion of the DLZ engineering plan is scheduled for March 2024.