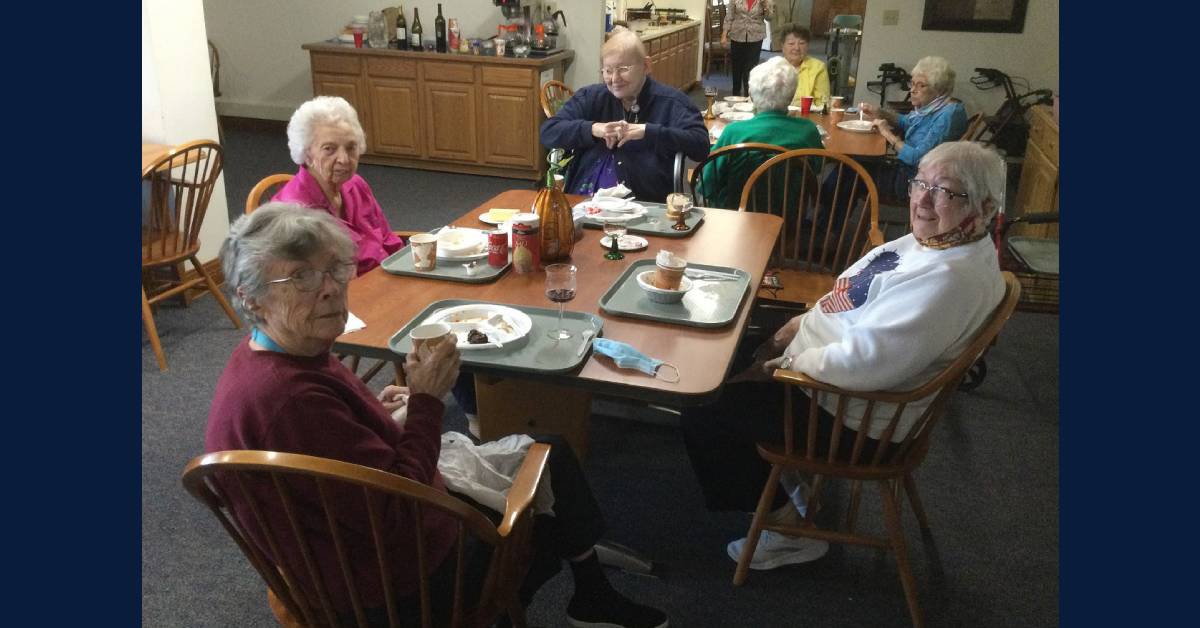 Residents come and go in Maria Center. We’d like to introduce the larger TCAD community residents who have arrived in the past 18 months. (Not listed is Antoinette Condo, who is temporarily in Virginia with her family.)

Mary Alice Fogarty Ziesenhene moved to Maria Center (MC) in July 2019. She is an Indiana native from the South Bend and Bremen areas. Mother of two, she has four grandchildren, and four great grandchildren. Much of her adult life she worked in La Paz as a bank teller. Mary Alice has several notable accomplishments in her life. At 97 she has shown an uncanny ability to avoid hospitals, not once checking in for treatment. In addition, she and her husband spent much of their retirement traveling to all 50 states, mostly by motor home. At MC Mary Alice enjoys a mutual admiration and caregiving partnership with her buddy Snowy, a beautiful white cat. She (Snowy) says she is very happy living here, finding the community ”so very friendly.”

Gladys Tesner, at 97 the oldest resident of Maria Center (having a 6-month edge over Mary Alice) moved to Maria Center this past August. Gladys has seven children, who in turn have produced 44 grand and great grandchildren for herself and the world, with number 45 on the way. A native of Flint, Michigan, she spent most of her adult life in western Michigan, working at General Motors among other jobs. For the past five years she lived near family in Illinois. Gladys is known among the residents for her wit. During the holidays she let it be known she likes eggnog as long as it’s “spiked.” ”I love it here,” she said, “I think I’ll stay.” We all hope so.

At Thanksgiving new resident Lilly Braun arrived here from Goshen. Lilly was raised on a farm in the Hartford City and Eaton areas. Married for 50 years and the mother of five children, she taught school for ten years. For the past sixteen years she was Sacristan at St. Mary of the Annunciation Parish in Bristol. In her short time here she is continuing to serve through her work with Sister Connie in the homeless ministry, as well as other volunteer tasks at MC. In her own words, “I am thankful to God where I am today and for all those people who helped me on my journey of life.” Those here at TCAD who have met Lilly are thankful for her presence.

After six years in Germany serving on the PHJC International Leadership team, Sister Shirley Bell’s return to the Motherhouse in 2019 was a well-earned homecoming. Prior to that assignment, she was director of Maria Center for eight years. That’s in addition to her several decades in nursing and various other PHJC community positions. She continues her profession as a volunteer at St. Joseph Medical Center. When she moved to Maria Center in December her homecoming became doubly special as she rejoined her sister Gloria, the last two of five siblings. Now Sister Shirley says she has “the best of both worlds—living with my sister and staying connected with my Sisters in community on the other side of the building.”