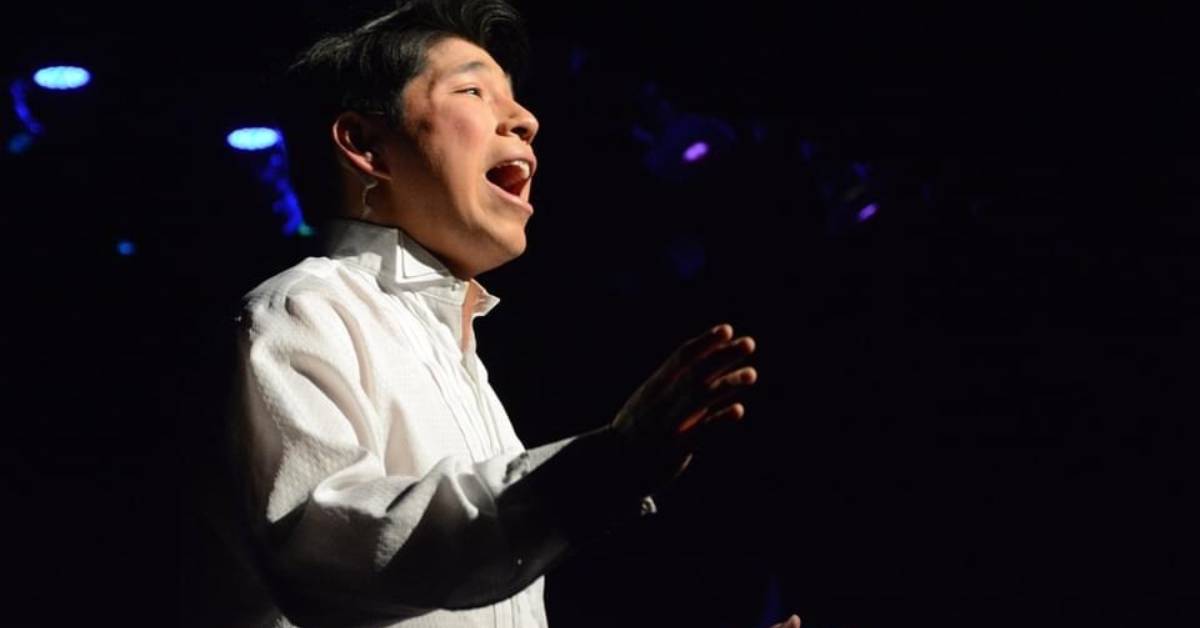 After unwittingly serving as one of the faces for the Northwest Indiana Excellence in Theatre Foundation (NIETF) Scholarship, it seems only fitting that Nate Taillon also became its recipient. After writing an essay and sending in videos of him singing the “Star-Spangled Banner” and a snippet of his solo as Prince Eric in “The Little Mermaid,” Taillon secured the $500 theatrical scholarship.

“The advertisement for the scholarship was a picture of me from junior year in ‘Les Misérables,’” Taillon said. “It was a picture of me and Eponine. I was Marius, and that was actually my first big role. One of my friends from theatre shared the picture of the scholarship with me in it. I looked closer and saw that it was for people pursuing theatrical degrees. I am a music therapy major, so I messaged the people on Facebook, and they said they supported all kinds of music majors. They told me I should go ahead and apply, and I got it! It was the first scholarship I reached out and applied for, and it makes me feel like I achieved something. Being picked for it makes me feel very humble, and I’m just so happy that I got it.”

Taillon first got involved in theatre during elementary school, and recalled one of his first roles outside of elementary school as Mendel in Highland Theatre Company’s production of “Fiddler on the Roof.” He considered this as his first real venture into theatre, and it was this show that first struck a chord within him.

“It was the first experience where I knew I found something that I loved,” Taillon said. “I did soccer and other things during high school too, and they didn’t have the same impact. I love the theatre atmosphere so much more.”

Since that experience, Taillon went on to continue participating in theatre in high school, and said that his favorite roles were playing Marius Pontmercy in “Les Misérables” his junior year and Prince Eric in “The Little Mermaid” his senior year.

After graduating high school, Taillon secured a spot in both a production of “The Hunchback of Notre Dame” in Oak Lawn and a production “Heathers” at Chicago Street Theatre. Unfortunately, COVID-19 complications got in the way of those productions, but Taillon looks forward to his future involvement in theatre. In the meantime, he is thrilled to be studying music therapy at IUPUI.

While he now studies music therapy, that was not always the case for Taillon. Initially, he studied medicine before his voice teacher presented another option.

“It was around March, and I was studying with a voice teacher, who is a super close friend and did everything with my high school company,” Taillon said. “I always tell her about everything that’s going on with my life. She said ‘Do you like school?’ I said, ‘Yeah, I’m getting by and getting good grades, which is really all that matters.’ Then she said, ‘but do you like it?’ When she said that, I started questioning medicine. She said I should look at music therapy, and the more I looked into it, I realized that I loved it. It was everything that was missing in my life because I went from everything theatre and music to studying anatomy and medicine. Music keeps me grounded, so I am so glad I made that change.”

In the future, Taillon sees himself working with pediatrics. While studying medicine, he had hoped to become a pediatric oncology nurse. He loves kids and thinks it is his calling to work with kids who have Downs Syndrome, autism, and other mental challenges.

He wants to share the joy music has brought him with others through his work. Taillon said that music gave him a platform and made him feel powerful. He believes that music is mentally-cleansing and recalled an instance in high school when he felt that sensation.

“I remember my senior year was finally when I realized the overture tells the whole story,” Taillon said. “It has all the music from the musical in one song. It got me focused and in the headspace to go out on stage. That’s one of the fondest memories I have of theatre.”