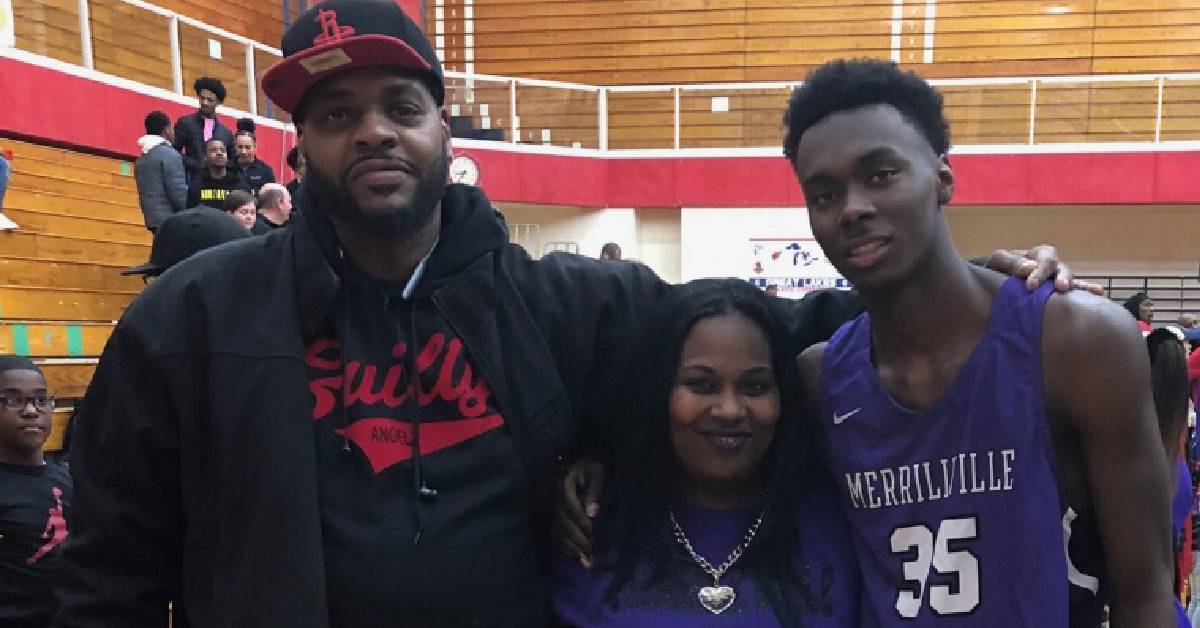 Lonta Ash is a young 46-year-old who works as a seat builder on the production line of a seat company. A strong man, Ash never thought he would be one to catch the COVID-19 virus.

On Thursday, March 12, Ash was feeling fine. But that night, he experienced great difficulty breathing.

“I thought it was my asthma and that I was going to be ok,” Ash said.

By the following Saturday, he could barely breathe and asked his wife to drive him to the Emergency Room at Methodist Hospitals Southlake Campus, in Merrillville.

The Merrillville resident spent the night in the Emergency Department and was admitted to the hospital the next day. After he tested positive for COVID-19, he spent 16 hours in intensive care and was then transferred to one of Methodist’s COVID-19 units. The hospital recently established dedicated COVID-19 units at both the Northlake and Southlake campuses.

“I was in a state of shock,” said Ash, who was the hospital’s first patient diagnosed with COVID-19. “I couldn’t believe it and was very frightened. I never thought in a million years it would be this.”

Ash’s case was complicated by two of the underlying medical conditions that put COVID-19 patients at higher risk for severe illness. Diagnosed with diabetes five years ago, he has been living with asthma since he was a child.

“My doctors and nurses were concerned about everything, including my other conditions and told me I made it just in time,” Ash said.

Ash was released on March 28 and is happy to be home. “They nursed me to get out of there to go home,” he said. “There were times that I didn’t think it would happen, but I made it.”

The day before he was released, Methodist delivered oxygen tanks to his home. He’s currently sleeping with oxygen at night and says he’s gaining strength each day. However, Ash understands he has to take his time.

“They said it will take a while for a full recovery because of my asthma,” he said. “I’ll keep on taking my medicine and I’ll get there.”

Ash describes his experience with Methodist as excellent and said he would recommend Methodist to anyone for treatment.

“All the nurses were great,” he said. “They were really on it. I appreciate all the people who helped me and were there for me – I had people who care.”

To be on the safe side, Ash, his wife, Corrine and his son, Lavonta, are currently living in different rooms of their Merrillville home, and he’s not leaving the house until the virus is stopped.

“I know I’ve got to move slowly but I’m looking forward to going to work and getting back to my normal self,” Ash said.

His advice to others is to know COVID-19 is real and can happen to anybody.

“This is scary because you see it on the news, but you don’t think it’s going to happen to you,” he said. “It just hit me so fast.”