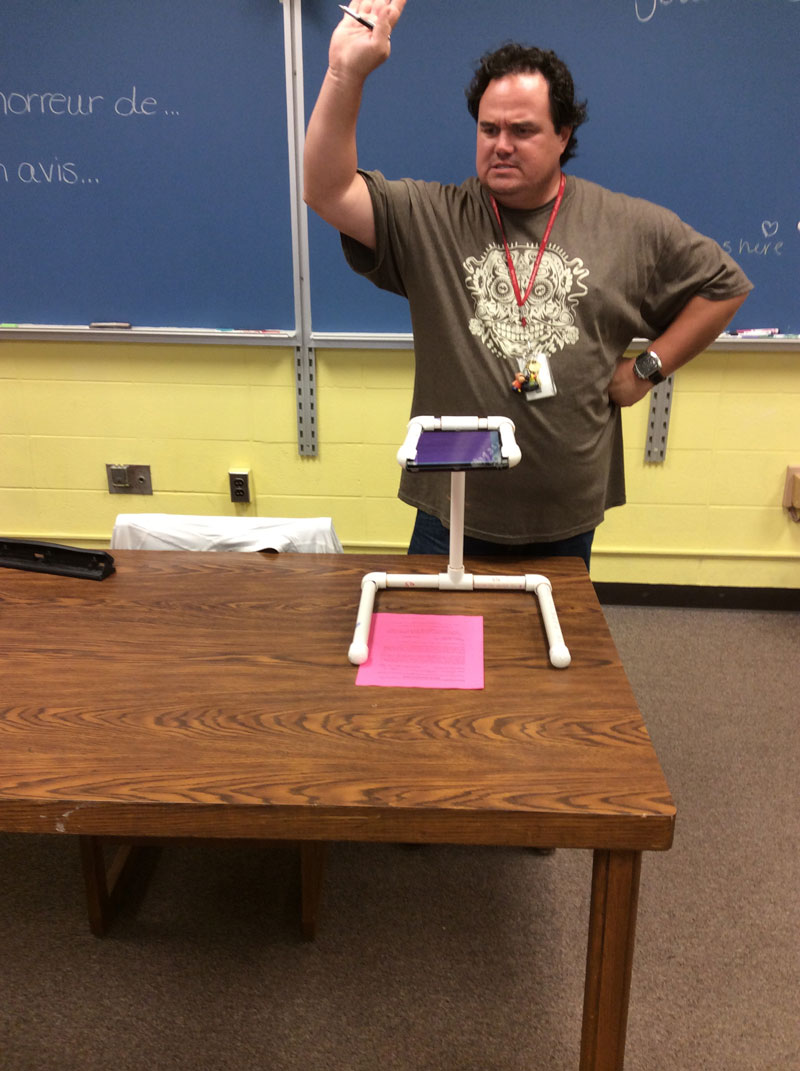 The Foreign language department is fortunate enough to have in it's ranks a creative and ingenious teacher in Señor Donovan McKiddy! This year all teachers were given an iPad to use in the classroom. Each teacher is using it in a variety of ways, but Señor McKiddy has shown an especially creative initiative in using his to deliver meaningful and engaging lessons.

One day, he was trying to figure out how he could use the device in a manner similar to a machine known as an ELMO. After some thought, trial, and error, he designed and created a sort of iPad stand that has now become multifunctional! It can be used not only to project opaque objects onto a screen, it also allows the user to scan documents, and even has given teachers the ability to efficiently grade quizzes and exams like a scantron machine!

Señor McKiddy is a treasure in the department, well-liked by both students and colleagues and has come to be known as the person you can go to with any technology-related questions. He's a true innovator in the classroom, not only in methods of teaching, but in creating devices themselves that make learning more accessible and efficient for all of his students.