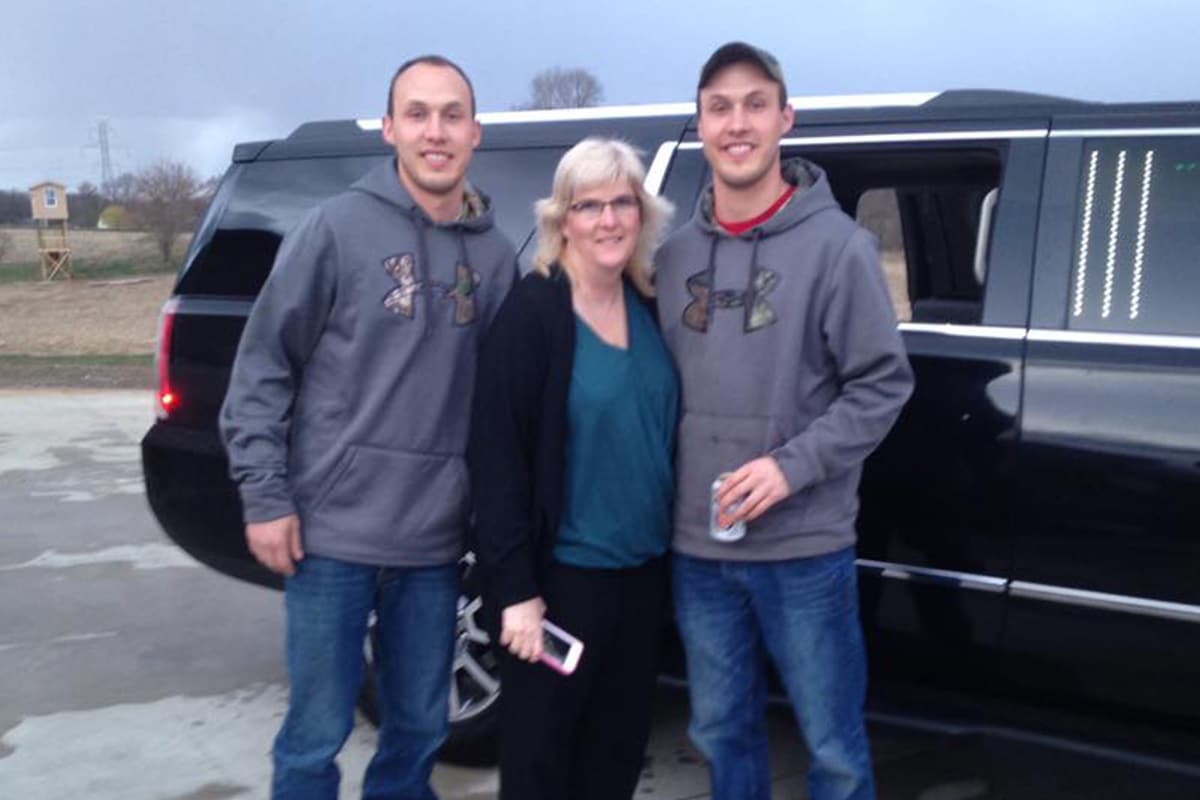 For just over 31 years, Judy Bolakowski has been the right-hand woman of Sauers Buick GMC. Bolakowski is in charge of all of the things that keep a business afloat: Human Resources, Accounts Receivable, Payroll, and any other odds and ends that come her way. She works closely with owner Kim Sauers, who trusts her with his life, and makes sure all the other Sauers teammates are taken care of, as well.

“The majority of them [the employees] say that I’m the ‘Mama’ here,” Bolakowski joked.

Bolakowski will be the first person to say that the times have changed since the ‘80s, especially when it comes to the car industry. When one’s been in the same field for as many years as her, the shifting staff, technology, and customer base is noticeable. But the changes are something that Bolakowski doesn’t mind, and even enjoys from time to time.

“It’s a new adventure every day!” she said.

Nevertheless, the consistency and familiarity of the world of Sauers Buick GMC is what keeps Bolakowski devoted, especially when it comes to her employer.

“Kim Sauers is more like a brother to me,” Bolakowski confided. “There’s not much that he and I can’t talk about. We’ve been through a lot together; we’ve been through losses of family members. He trusts me with a lot, which I’m very grateful for. He treats you like you’re a part of his family. There’s nothing that he wouldn’t do for any of his employees.”

If you were to have asked Bolakowski about Sauers back in 1986, before she worked with him, she would have had a different story. When asked about how she first got started with the company, she laughed.

“That was a funny, funny thing…”

Bolakowski bought her very first car at Sauers Buick GMC in 1986, right off of the showroom floor. After bringing it in to be serviced and picking it back up, she realized that someone had been smoking in the interior.

“I called Kim Sauers up; now, mind you, I had no idea who this man was, other than I knew his father was the one who owned the place at the time, Chuck Sauers, who was a marvelous man,” Bolakowski said. “Anyway, I called him up and I dragged him up one side and down the other. Oh, I was so mad!”

Six months later, the dealership was looking for a phone operator. Bolakowski applied for the job. She joked that she made a point of reminding Sauers how he knew her.

“He still hired me! And to this day, he always says he’s happy that he did,” Bolakowski said. “He is a marvelous man to work for.”

Clearly, Bolakowski can alternate between Nurturing Mama Bear and Fierce Mama Bear, and the team wouldn’t have it any other way. As a mother to her twin boys, she’s just as full of surprises. She revealed that she, her husband, and sons like to drive Side by Sides across mountain ranges.

“It’s like an over-glorified golf cart that goes 60 miles per hour,” she explained.

As a matter of fact, she and her husband were leaving the next morning for New Mexico to cruise their Side by Sides through the mountains. While this sounds truly epic, Bolakowski was very matter-of-fact in her explanation, which makes it even more impressive.

“We travel as much as we can; we’re not go-sit-on-a-tropical-island people, we’d rather be outdoors in the mountains,” she said of her family.

Although Bolakowski jokes of the “bit of an arch rivalry” at play between her La Porte Slicer roots and her husband and sons’ New Prairie loyalty, it’s clear the family is inseparable and ready to take on the world in their Side by Sides.

Visit Bolakowski and friends at Sauers Buick GMC; if you’re as lucky as her, a lifelong friendship could blossom.