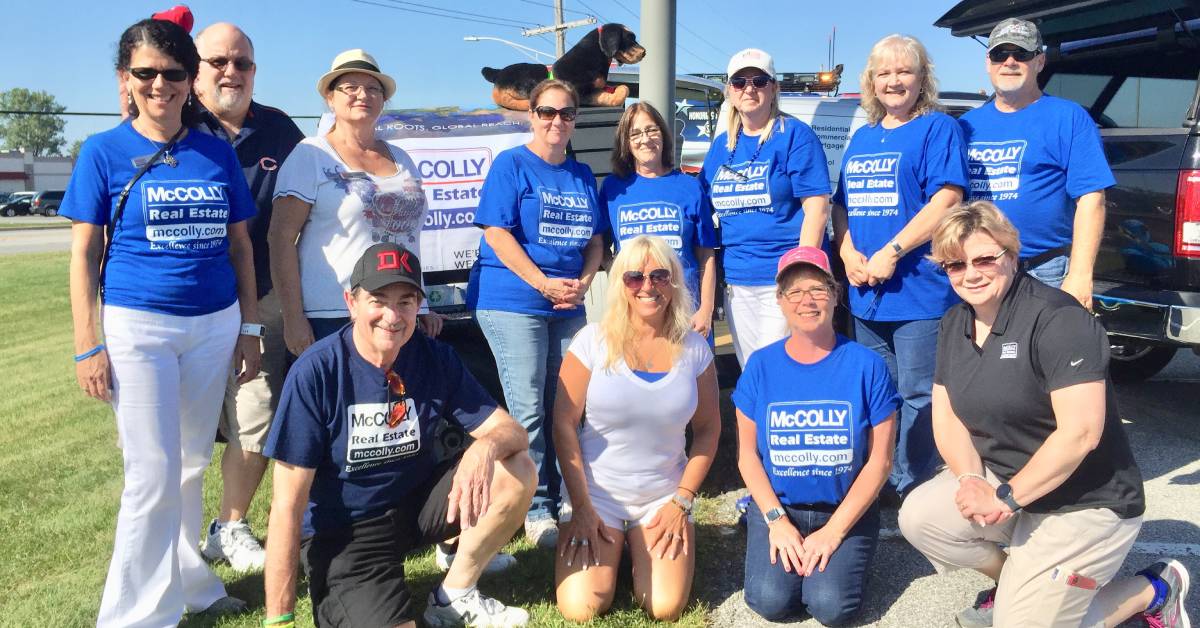 Family, friends and neighbors decked out in red, white and blue packed the sidelines along Route 2 to celebrate the centennial of the Lowell Labor Day Parade Monday, sponsored in part by McColly Real Estate.

The company – which is celebrating a milestone 45th anniversary themselves – showed strong with 12 agents, a float, and a McColly vehicle.

“It was the biggest parade I can remember, since I was a kid,” said Myra Harris, Broker Associate at McColly Real Estate’s Lowell office. “It was a proud day for any Lowell resident.”

Harris, a 1978 graduate of Lowell High School, has a few memories of parades past, lending credence to her assessment. The parade had about 110 entries.

The organization’s Lowell office spearheaded McColly’s sponsorship of the Labor Day festivities that weekend, including the parade participation, stage sponsor of the three-day fest, and a booth with information and giveaways at the American Legion grounds.

Keithley taught middle school in Lowell for 34 years before becoming a realtor with McColly, a position he’s held for 18 years. He lives on the family farm where he grew up – another testament of the Lowell office agents’ deep sense of community knowledge and pride in their hometown and market.

Keithley remembers attending the parade as a child, and while the parades of modern days have fewer elaborate floats, he still appreciates the hometown feel of Lowell’s giant event.

“The agents all purchased their own rubber stress balls – red while and blue – and we gave out about 1,800 of those that day. It was interesting to be in the parade instead of watching it from the sidelines.”

Harris also has attended the parade for as long as she can remember, but said this year, people paid extra attention to make their entries particularly sparkly.

“Rich Todd, the driver of our float truck, even took the wheels off and cleaned inside of them. Everything was spotless,” she said.

Dustin Jones, the son of Lowell McColly Real Estate Broker Associate Cindy Jones, hand crafted a doghouse that is a replica of the Bailey Homestead – a local National Park treasure. McColly representatives accepted raffle entries for the house and plan to contact the winner soon.

The Grand Marshals this year were members of the Lowell American Legion Post 101, as they were also celebrating their own centennial. In fact, the Legion hosted the very first Lowell Labor Day Parade in 1919.

“They actually started the parade when they were welcoming home the World War One veterans,” said Judy Walters, Lowell Clerk Treasurer and Parade Committee member. “This is the longest continuous Labor Day Parade in the State of Indiana.”

Dottie Gwyn-Maas has seen a few Lowell parades in her day. The 1965 Lowell transplant (from Gary) has participated in about 50 years worth of parades, many of them with the clown alley she founded many years ago. But for all of those parades, this one was special.

She helped kick off the Lowell Centennial Parade with the American Legion as one of the grand marshals and then doubled back to join her fellow Broker Associates with the Lowell McColly Real Estate office float. Gwyn-Maas is the chaplain for the Legion, but also volunteers a lot in the community. In fact, she has been doing so ever since the Welcome Wagon invited her to in 1965.

“This was just one of the best parades. The workers who organized it did a great job. I think the community got together more this year than they have in a long time.”

Gwyn-Maas said it was nice to participate in the event with her fellow McColly associates, who support each other unconditionally as they strive to help buyers and sellers have the perfect experience is Lowell and surrounding communities. She shared a story about how her coworker attended a closing for her when she was unexpectedly in the hospital. “It’s just a really great company to work for,” she said.

Gwyn-Maas has the same feeling about her Lowell community.

“I’ve seen this town grow and how people help people. It’s just a great community to live in, and if I had to do it all over again, I’d be right here.”

Brenda Roberts, Lowell native and world-renowned opera singer, kicked the parade off at the grandstand by singing the National Anthem.

In the spirit of the holiday, local unions followed the Legion. The floats spoke for themselves, indicating the union’s specialties by design. From a candy crane that scattered sweet treats across the streets to a locomotive fit for a parade, the unions took what they take seriously, for fun.

The kids ate it up – and the candy during the lulls – and vied for prizes by way of pageant waves and puppy dog eyes. Pop Warner floats played catch with the attendees. Boy Scouts passed out programs. A pair of banner carriers engaged in flyovers.

McColly Real Estate shot stress balls out of a cannon on their float. Longtime Congressman Pete Visclosky and his entourage handed out pencils, which he’s been doing for as long as anyone can remember. Reggie was along for the ride, representing the new Mascot Hall of Fame in Whiting. Strack & Van Til gave this parched reporter a cold bottle of water.

Miss Pat of Patricia’s School of Dance, a woman who has spent more than 50 years in the local business community and held high the rich traditionalism of volunteerism, rode along with her students.

Perhaps the most powerful entry in the parade was manned by Lowell High School football players, carrying sandwich boards with the faces and names of Indiana’s Fallen Heroes. At parade rest, the carriers lifted their placards in the air as the spectators took an impromptu moment of silence.

The Lowell Labor Day Parade rests its laurels on bringing a sense of community to the forefront.

Betty Kelley and her friends were gathered on the hill out front, as has been their tradition for more than a decade.

“It’s the joy of living in a small town,” Kelley said.  “We just love seeing all the people we know and watching the kids have fun on the floats.”

“It’s our biggest week in Lowell,” Crystal Travis, co-owner of Classy Cuts Salon. “It’s like a reunion, you get to see everybody.”

Classy Cuts, like several other businesses along the straight-shot parade route, hosted their annual Labor Day Cookout for family and friends. The girls even got Classy Cuts Crew t-shirts to set stylists and staff apart from the crowd.

“We supply hamburgers and hot dogs and ask that everybody bring something to share,” Travis said. “For us, the Lowell Labor Day Parade has always been about fun, family, friends, and memories – lots and lots of memories."

As Lowell celebrates its time-honored tradition for the 100th year, the town continues to embrace the spirit of community. The floats are impressive, the kids are entertained, veterans and heroes are honored, and the labor unions celebrate another Labor Day. 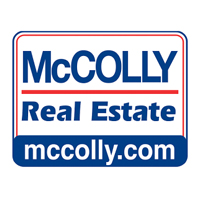 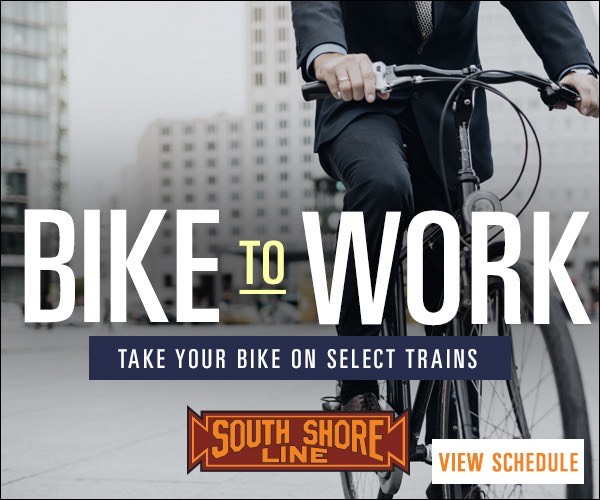