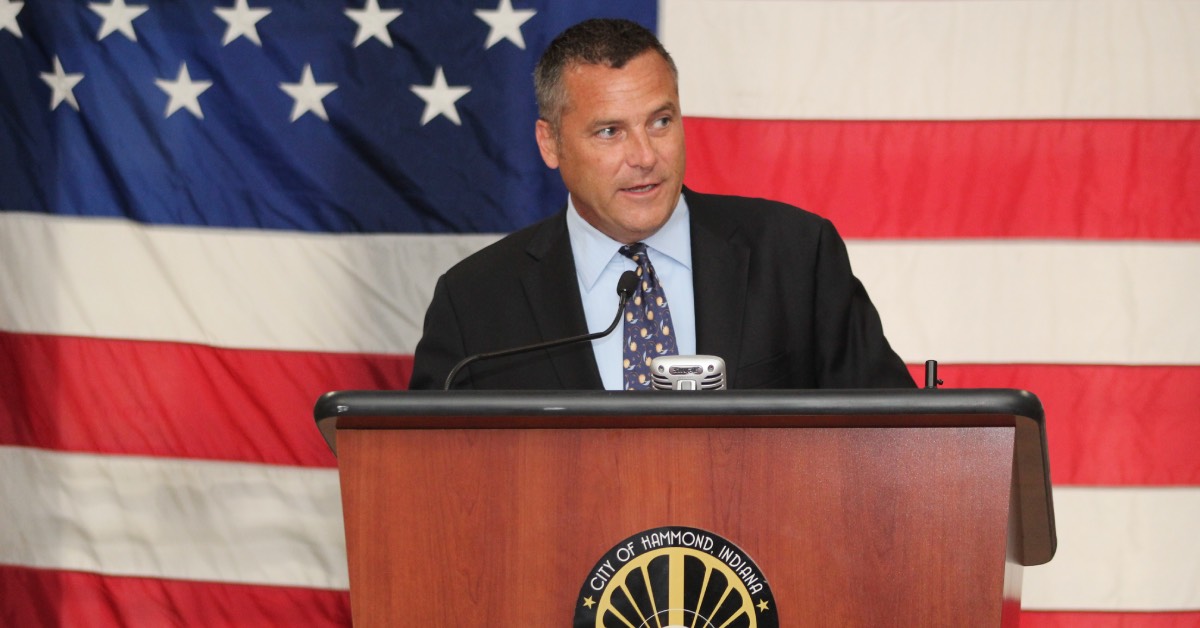 Hammond, like all other communities around the world, faced a difficult 2020 that was headlined by a global pandemic and filled with numerous economic, political, and social challenges. On Thursday evening, Mayor Thomas McDermott Jr. spoke at Hammond City Hall and delivered his annual State of the City Address, which was filled with praises of his city’s success and resilience in the face of those challenges.

“As I stand before you today, I can honestly say that I never dreamed that as mayor I would have to shepherd our city through a pandemic,” Mayor McDermott said. “There is light at the end of the tunnel, though. We have united, endured, and already started our transition back to ‘normalcy.’”

“There were bright spots that showed the industriousness and ingenuity of our city,” Mayor McDermott said. “For example, Hammond’s very own 18th Street Brewery used their distillery to produce much-needed hand sanitizer, distributing it to our first responders and seniors. People started sewing homemade masks and distributing them all over the city when surgical masks were impossible to get and our frontline healthcare workers needed them the most.”

Many of Hammond’s businesses felt the weight of the pandemic, and McDermott noted that the city itself saw essentially no revenue for the year. However, they continued to secure new investments and developments, such as a $76 million combined investment into downtown residential and commercial space.

McDermott also announced that the city has partnered with the White Family Foundation to build a $45 million, 100,000 square foot YMCA on the former Carson’s site next to the Hammond Sportsplex & Community Center.

“The YMCA’s commitment to healthy families and serving all communities is a perfect fit to this area of the city,” Mayor McDermott said. “It will generate jobs, bring thousands of people to Hammond annually, and enhance the success of the neighboring businesses, new and old.”

The mayor concluded by praising the people of the city and years of dedicated work that created the foundation needed to bear the weight of 2020’s challenges while still allowing Thursday’s address to remain strong.

“We have spent years working to make this city recession-proof by reducing the cost of city departments without affecting services,” Mayor McDermott said. “We have spent years building an administration full of resourceful, adaptable people who could quickly pivot to new ways of reaching the public. We have embraced the diversity that is much of our strength, creating a strong social, community fabric.”

To stay up-to-date on the latest news from the City of Hammond, visit www.gohammond.com.