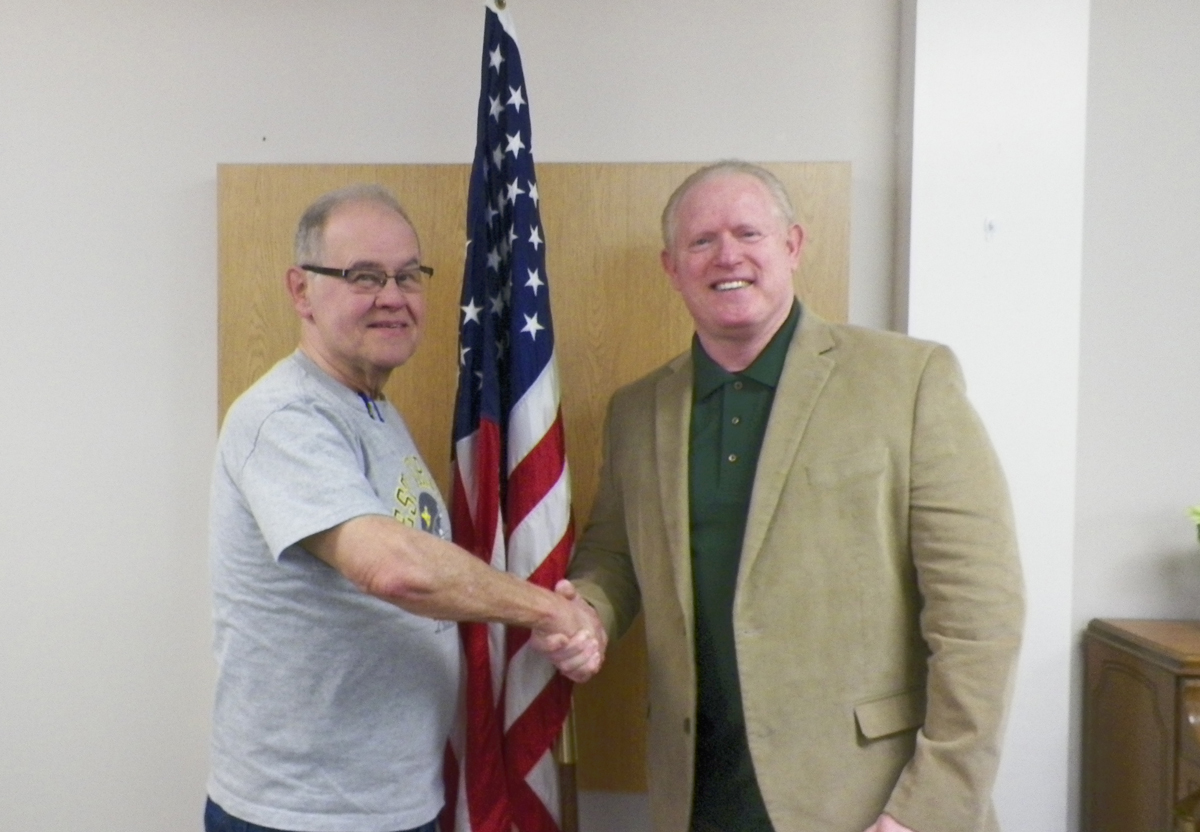 Retired Marine Corps Major John W. Johnston was the guest speaker at the February 26 breakfast meeting of the Portage Exchange Club. Johnston is a seasoned military veteran and distinguished leader. He retired after 26 years in the United States Marine Corps, followed by 17 years as the Senior Marine Instructor at Portage High School. The Portage High School Marine Corps Junior ROTC, under his tutelage, remained in the top 5 of 240 nationwide when he retired in July 2013.

On February 7, Johnstonfiled onFebruary 7 to run for the Indiana House of Representatives in the 10th District. This district covers most of Chesterton, Ogden Dunes, Porter, Portage, Burns Harbor, Dune Acres and South Haven and has a population of about 65, 000 residents.

Johnston described himself as a Republican, but one who will be ready to compromise.

“For years, the Republicans and Democrats from this area have been unable to get anything done because they can’t get along,” he said. “Elective officials must be willing to work together to represent the needs of the people in their district.

“We need to be supportive of the people that we live with. I want to find out the needs of the citizens of the different municipalities that I will represent. I am attuned to the importance of unions in this area, and I am against the Right to Work legislation.

“Let’s quit wasting time in Indiana. Let’s address the problems that this district and this country need to work on: jobs, economy, the deficit and education. Our cities and towns need additional resources from the State to maintain our roads, pay our workers and support job growth.”

Having been an educator for many years, Johnston has definite opinions on what he feels are pressing needs in our schools.

“I would like to be on the education committee. Education is a priority that needs to be fixed. Governor Pence and Superintendent Ritz have been beating their heads against each other while our schools continue to fail. We need to fix what our kids are learning. Common Core has proven to be unnecessary and unhelpful. It just waters down everything.

“I want to address the plethora of mandated educational initiatives placed on Indiana school administrators, teachers, and students. I would like to institute character development in every school. A class that is apolitical and not based on religion, just a class that teaches character.”

Johnston encouraged the Exchange Club members to be active in their government.

“Call or write to your representatives if you have a problem. Let them know what your concerns are. My concerns will always be veterans, educators and students and skilled union tradesmen, but I want to serve all the people of this district.”