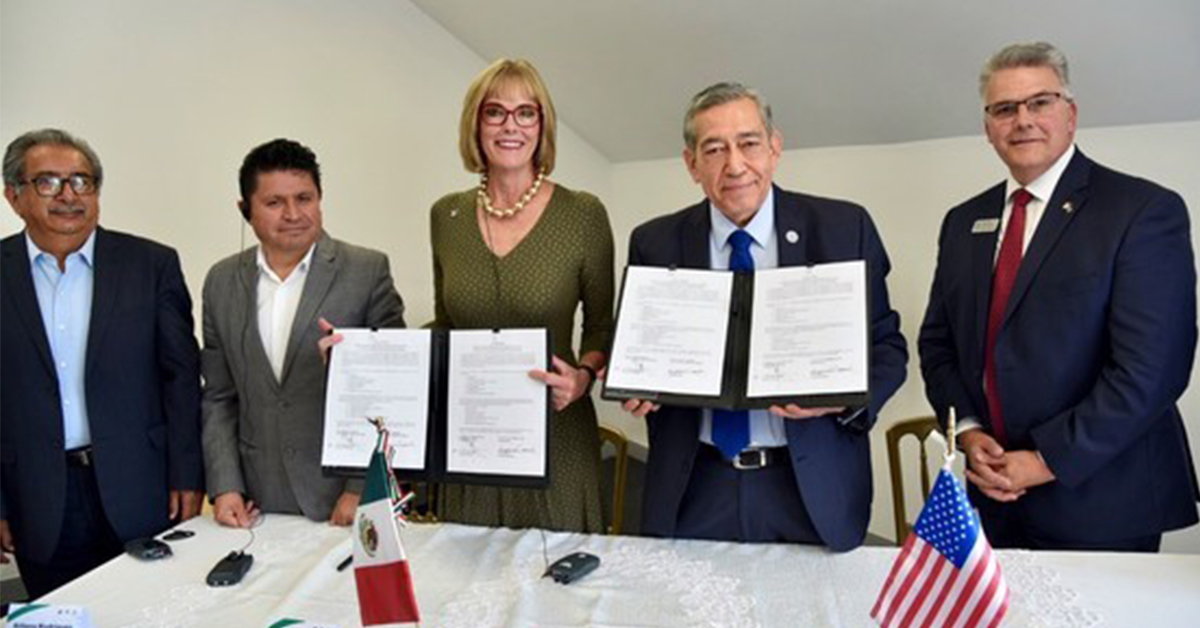 Business roundtables, meetings with senior government officials and the signing of a letter of intent have netted a productive first three days in Mexico, as part of Lt. Governor Suzanne Crouch’s second agricultural, economic and tourism development trip.

The agriculture delegation spent Monday and Tuesday in Mexico City, with today’s business being conducted in the state of Hidalgo.

“The Mexican government has shown their support for USMCA and it is now up to Congress to seal the deal,” Crouch said. “But in Indiana, we're not waiting around. We want Mexico to know that Indiana is open for business and that we’re committed to developing and enhancing our relationship with them.”

In Mexico City, the Lt. Governor and members of the delegation met with representatives within the Foreign Affairs, Economy, and Tourism ministries. There, they discussed opportunities to enhance cooperation in the areas of agriculture, economic development and tourism. The Lt. Governor also met with the Mexican Undersecretary of North America Jesús Seade, who spoke about the importance of the Indiana-Mexico trade relationship, valued at just under $10 billion.

A business networking breakfast and Friends of Indiana reception also took place in Mexico City, which brought Mexican CEOs, stakeholders and government officials, who have existing or prospective ties with the state, together with the delegation.

“Mexico is relationship-driven,” said Bruce Kettler, Indiana State Department of Agriculture Director. “As connected as we are today, there’s still no substitute for face-to-face conversation, so these meetings were invaluable to growing our, already strong, agricultural and economic ties.”

One of the highlights of the group’s trip was the signing of a letter of intent between Lt. Governor Crouch and Hidalgo’s Secretary of Interior Simón Vargas Aguilar.

The agreement, on behalf of the two states, calls for enhanced cooperation in areas like agriculture, education, and science and technology. Included in the letter were several action items, for example, organizing industry events, providing opportunities to collaborate with experts and sharing best practices.

“Signing this letter with Hidalgo is a win for both states, but now the real work begins,” Crouch said. “With this agreement as our roadmap, we look forward to upholding our end of the bargain and capitalizing on this opportunity.”

"After meeting with several tourism partners in Mexico, I am extremely excited by their interest in our tourism destinations. We're learning there is a market for our experiences in the Hoosier state," said Misty Weisensteiner, Director of the Indiana Office of Tourism Development. "Seventeen million Mexican tourists visit the United States per year. It is our mission to capture some of those visitors and bring them to Indiana."