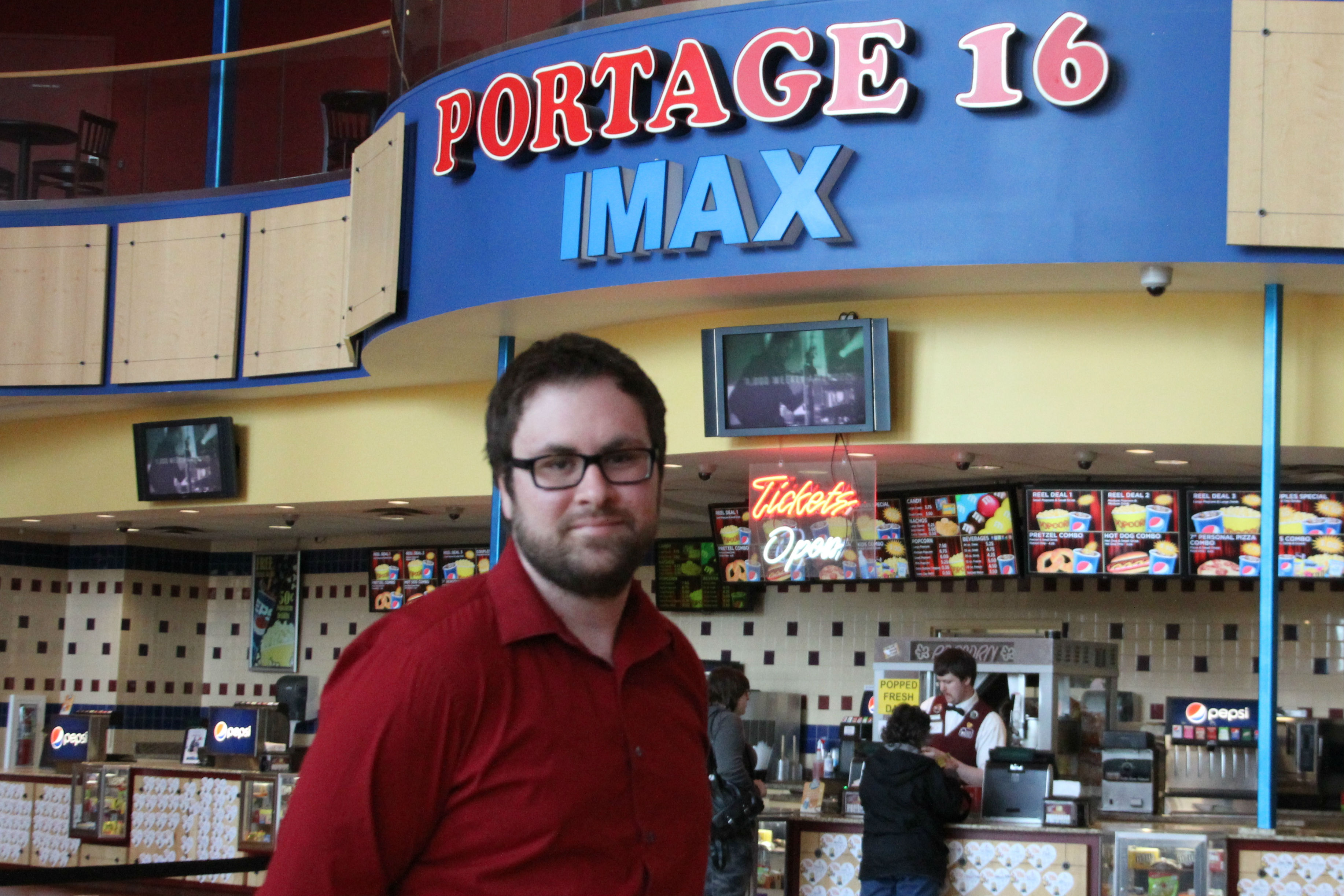 Alex Srednoselac has been a filmmaker and a storyteller for nearly half his life. He grew up watching movies and creating stories and characters in his head. This creativity has led Alex to Goodrich Quality Theaters, in Portage, where he’s been able to bring those stories and characters to life in the form “no cell phone” PSA’s that have been shown before feature films in over thirty of Goodrich’s theaters in the region. Alex has had three of his PSA’s featured over the last year which creatively highlight the theaters policy of no cell use allowed during films.

“I’ve known this is what I wanted to do since I was seven or eight years old,” Alex said, “and working on and getting these PSA’s out there will begin to build up an audience here locally with hopes of branching out eventually.”

Alex has been producing videos since he was twelve years old.

“I started making skateboard videos first,” he said, “Then I worked and progressed my way into more narrative works in high school.” 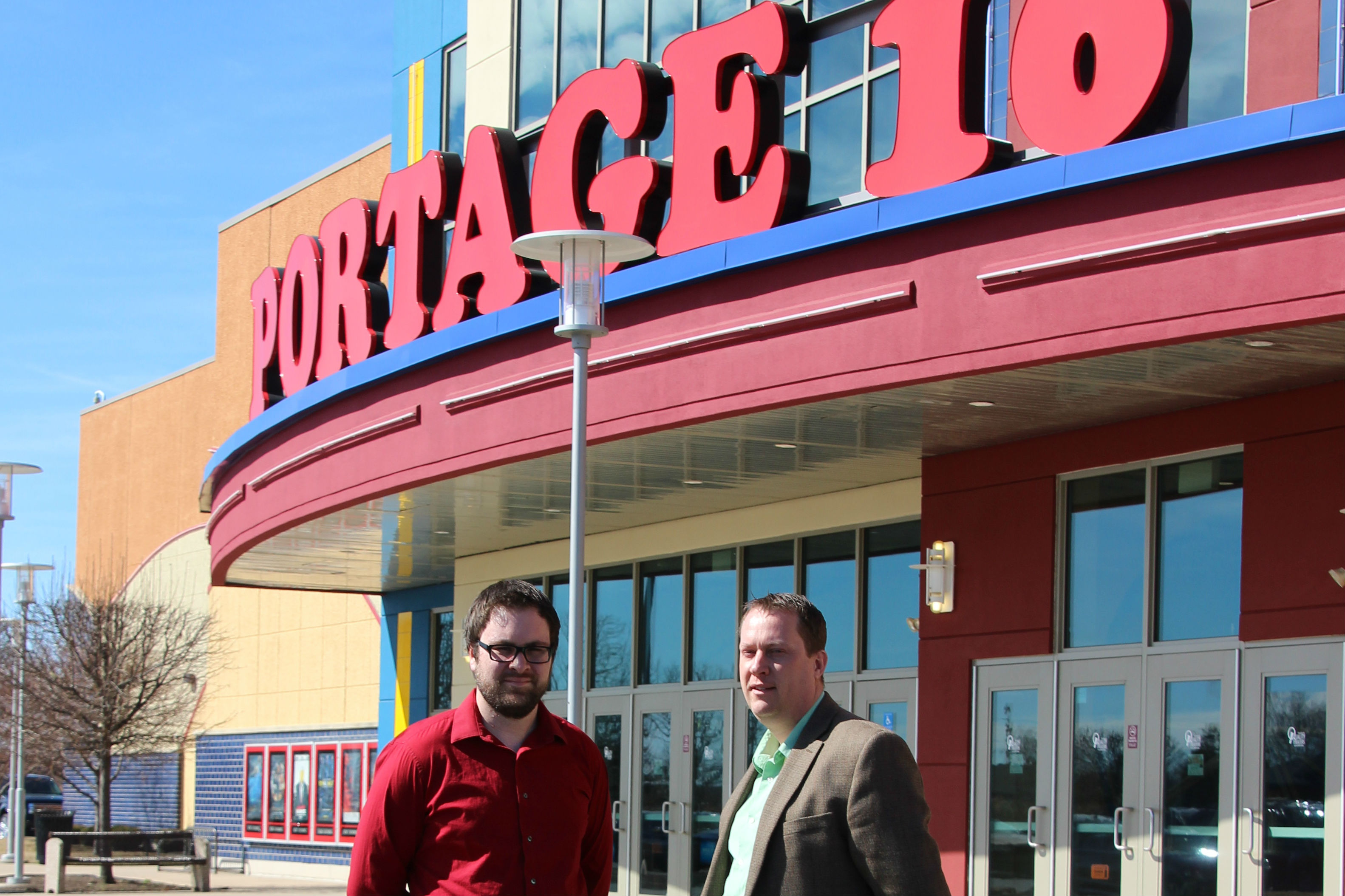 The first PSA he made consisted of a cast of around thirty with Alex doing all of the behind the scenes work on his own. To make his films Alex uses people he’s worked with in the past, including friends he went to school with, as well as using social media to get the word out and recruit anyone interested in getting involved.

“The film community isn’t that big around here as it is in Lake County or Chicago so I gathered people I know and those who work at the theater to act or help out in the process,” he said.

Every little contribution helps as it takes a great deal of time and work to write, direct, edit and produce each of these films. 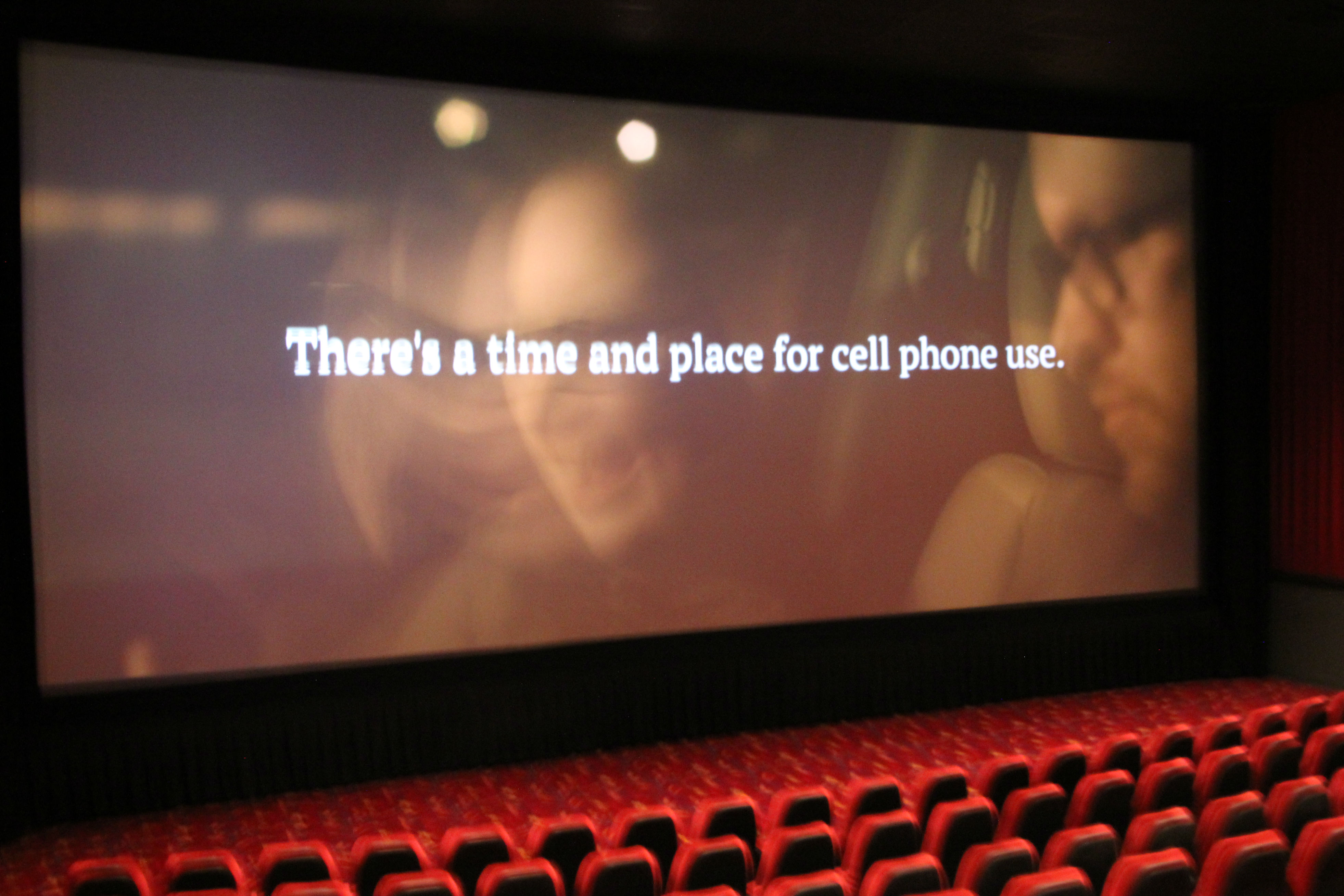 Kevin Morgan, Manager at Portage 16 IMAX, said, “Our owner, Bob Goodrich, has always been big on supporting the staff and Alex took it upon himself to write and create these videos. Other theaters in the region had done similar PSA videos and Alex let us know that he could do something similar, if not better, and we’ve benefited from the great work he’s done.”

If the corporate office likes the video it’s then shown first in Portage, then, depending on the reception, it’s sent to other Goodrich Theaters to play before feature films.

“I’d never spoken to the corporate office,” Alex said. “I just filmed the PSA’s and hoped for the best, and over the last year three have been used in theaters.”

Goodrich’s thirty two theaters rotate the spots every few months to keep them fresh and remind people to stay off their cell phones.

“Cell phones are always a challenge within theaters,” Morgan said, “and some people forget while others simply don’t care. We see more use of cell phones in the younger generations and our message is the same, we just try to tell it in more creative ways. Alex’s videos give us that opportunity.”

Other than creating PSA’s, Alex also works on short and feature films.

“I’m working on a couple features and writing a short currently and will be directing a couple shorts this summer,” he said. “My schedule is always full but I’m always looking for new things to do.”

Last year, Alex worked with a friend on a feature which took about a year to make. They sent the film off to thirty film festivals around the globe, heard back from several, and were accepted into two thus far.

“The festivals are hard to get into so hearing back and getting accepted has been great,” he said. “You have to be good, and even if you are good it doesn’t mean your film will be accepted.”

Alex’s films and shorts have been screened in the past in Chicago’s Music Box Theater and at The New 400 Theaters, which was the most successful of his submissions to date, as part of the national 48 Hour Film Project. He plans to submit his work more locally around Indiana and Chicago in the near future to build some name recognition to eventually submit to more higher profile film festivals around the nation.

More information on Alex and his shorts, PSA’s and features can be found at alexsrednoselac.com.