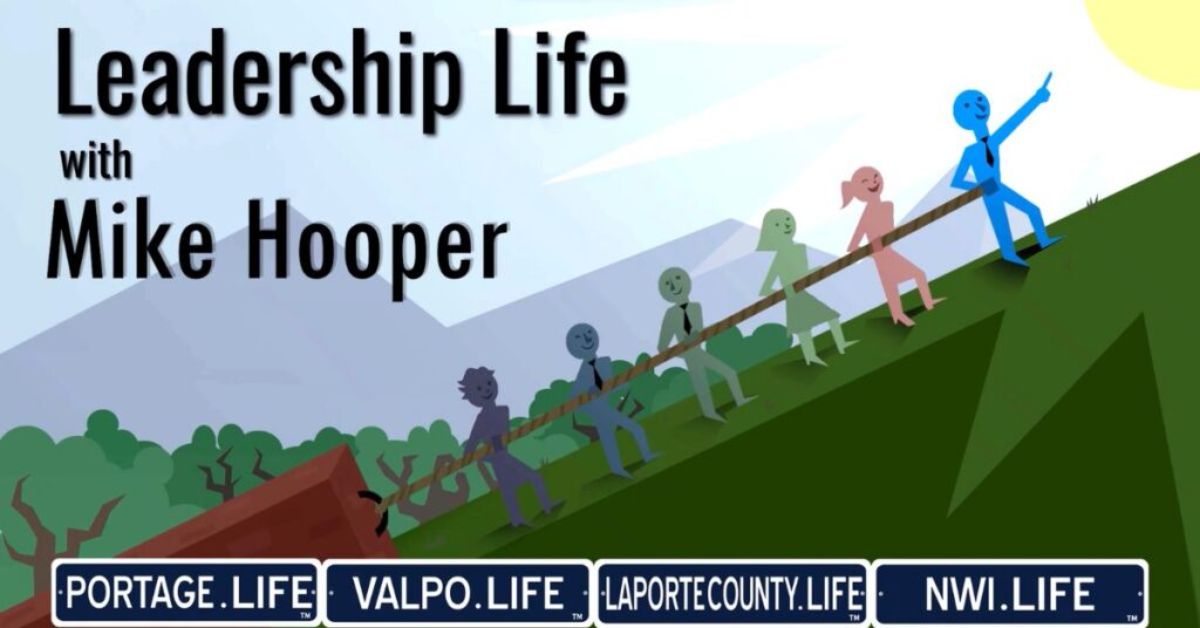 After graduation from West Virginia University Institute of Technology in 1995 and working at American Electric Power from 1996-2011, Mike Hooper made the shift to Northern Indiana Public Service Company, Inc. (NIPSCO), where he now serves as its president.

Although he started his career in mechanical engineering and carried that expertise with him to each position at both American Electric Power and NIPSCO, he also pursued leadership training at The Ohio State University Fisher College of Business. Hooper graduated from the Strategic Leadership program, and he is also a licensed Project Management Professional.

With his history in leadership, GreatNews.Life Founder Chris Mahlmann invited Hooper to sit down and discuss leadership and the past, present, and future plans for NIPSCO as part of the GreatNews.Life Leadership Life Series.

What is the NIPSCO CAP Panel?

Hooper kicks off his conversation with Mahlmann by diving into the CAP Panel, which predates his history at NIPSCO. The point of the CAP Panel is to create a gathering community leaders where they can bring new insights to the table and provide feedback on NIPSCO’s current projects and efforts.

Who are your leader inspirations?

As a leader himself, Hooper notes how a strong family network and informal mentors have influenced his own leadership style over the years. In his early years, his parents supported him not by measuring his success but by measuring what kind of person he was.

Throughout his life, Hooper feels blessed to have experienced the confidence many great mentors had in him. They believed in his capabilities and challenged those capabilities by giving him opportunities beyond his perceived limitations, coaching him along the way.

What are you looking for in your next leaders?

In this segment, NIPSCO President Mike Hooper sits down with GreatNews.Life Founder and Owner Chris Mahlmann to talk about future leaders.

Hooper noted he’d like to see more upcoming leaders at NIPSCO that have different leadership styles than himself to add diversity to the company. The variety in life experiences adds more perspectives to the workplace, making it easier to problem solve and get things done.

“There’s actually more value to the organization, long-term, in looking for leaders that are less like me then more like me,” Hooper said.

Being around like minded people, he believes, helps to convince ourselves we can’t be wrong, so adding in those diverse opinions also helps to ground and redirect our thinking patterns as well. Hooper is constantly working each day to strive for such an environment in the NIPSCO environment.

The journey to being President of NIPSCO

Listen to NIPSCO President Mike Hooper tell GreatNews.Life Founder and Owner Chris Mahlmann his journey to his current role within the company.

Hailing from the East Coast, Hooper was presented with a unique opportunity in engineering school.

“We moved to West Virginia when I was 13, and there was a large coal-fired power plant near my house,” he said. “I had the opportunity to apply and get an internship while I was in engineering school in the summer at this power plant.”

This was Hooper's introduction to the utility industry, and from that point forward he was hooked. He then spent almost 16 years at American Electric Power, working in their systems across the country from Arkansas to Louisiana, West Virginia, Kentucky, and Ohio.

In 2010, one of Hooper’s mentors was recruited to NIPSCO, officially marking the start of Hooper's journey to Indiana.

'Your Energy, Your Future'

Hooper discusses the inspiration behind his “Your energy, your future” campaign. In 2018, he came to a crossroads when he encountered aging coal facilities being operated in a fashion in which they weren’t originally designed.

Wanting to be more transparent with the process involving the relationship between gas prices and coal, Hooper got to work. He realized he wanted a campaign that would make a positive or better impact on the environment, and from there the rest is history.