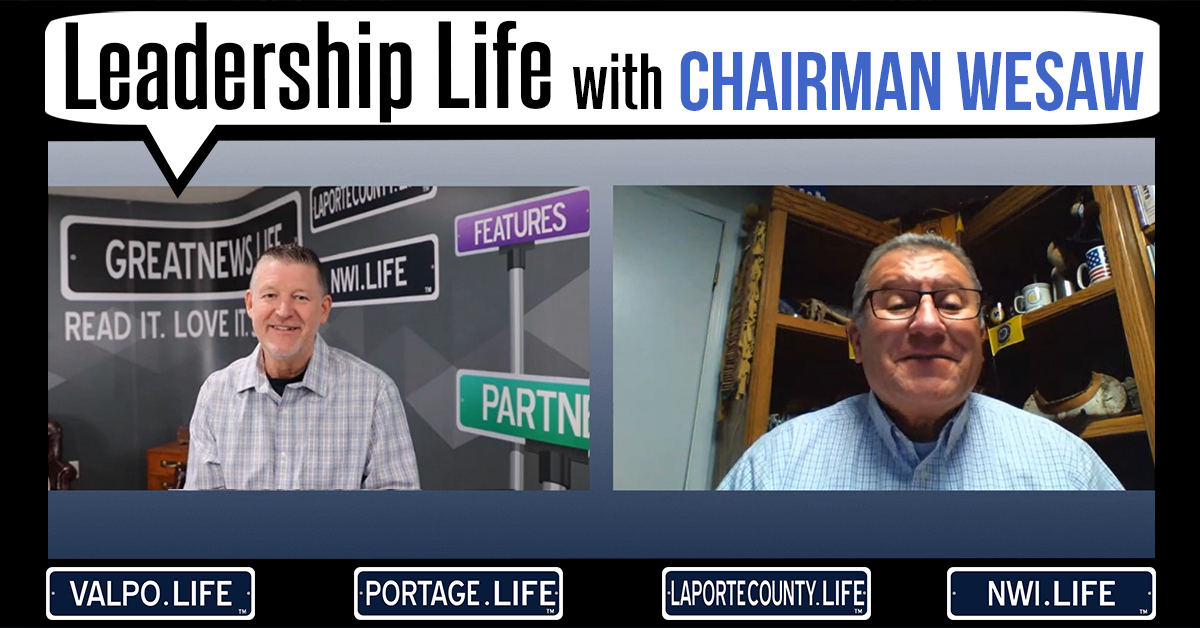 Wesaw served as the vice-chair for the Pokagon Band of Potawatomi Indians before becoming the Chairman in 1996. Wesaw had 4 children at home, and after a couple of years of serving, he decided to step down until his retirement in 2001. In 2002, Wesaw was reelected to the tribe and has served in one form or another ever since.

From 2013 to 2015, Wesaw served as the Executive Director of the Department of Civil Rights for the state of Michigan.

The Pokagon Band of Potawatomi Indians was reaffirmed by legislative action by Congress in 1994. They currently have just shy of 6,000 citizens around the country, with about half of those citizens living within 150 miles of their main campus in Dowagiac, Michigan.

“Seeing the things that we do that improve the quality of life of our folks brings a great joy to me personally,” Wesaw said.

“Part of our culture and our tradition is that you never take more than what you need, and you use everything that you take,” Wesaw said.

Chairman Wesaw talks about how the Pokagon Band of Potawatomi Indians not only serves their own community but how they serve all citizens. Find out all who they serve and the communities they work with below!

The Pokagon Band of Potawatomi Indians are full of diverse tribal citizens. The Pokagon Band is a sovereign nation, which is recognized in the U.S. Constitution. In this clip, Chairman Wesaw talks about the history of the Pokagon Band and his childhood growing up Pokagon.

Find out more on how to get educated about the Pokagon Band of Potawatomi Indians below!

Chairman Wesaw expands on the leadership lessons he learned all throughout his life. He learned foundational lessons from his parents, the Michigan Police Department, and more. Now, Wesaw works with a tribal council, which is an independently elected body of 11 people. Wesaw and the tribal council are always working to improve the life of the Pokagon Band citizens.

“People look to you to do the right things for the right reasons,” Wesaw said.

Chairman Wesaw touches on Four Winds Casinos reopening and the safety measures taken for citizens. He is looking forward to being able to open up some of their government entities to host events in the near future!

Find out more information on future events below!

For more on our Leadership Life series, visit here.