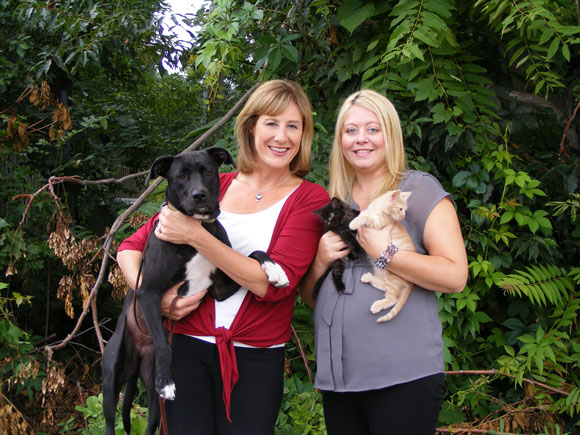 Lakeshore PAWS is partnering with the Humane Society Calumet Area to expand its ability to provide quality animal care, adoption services, and community education. Under the partnership, both organizations will remain separate entities, but benefit from shared resources and expertise.

“We’re really excited to partner with such an established and knowledgeable team of animal professionals. By working together, we can offer even better animal care and help even more animals,” said Jeanne Sommer, Co-founder and Executive Director of Lakeshore PAWS, which was established in 2011. Calumet has been caring for animals since 1941. Its current location in Munster is a no-kill shelter that serves nearly 2,000 animals annually, with a 97 percent placement rate.

“Lakeshore PAWS will maintain its own identity, but be able to utilize our expertise and staff as a resource,” said Rachel Delaney, Executive Director for Humane Society Calumet Area. “We know that we can accomplish more together than we can independently and our greater reach will help us to qualify for additional grant opportunities. We just want to do the best we can for the animals in Northwest Indiana,” she said. The partnership between PAWS and Calumet has been in the works for many months as the two have been working together to find the best options for animal care.

Lakeshore PAWS is a nonprofit organization founded to help rescue and find loving homes for abandoned and unwanted pets in Northwest Indiana. In its first 16 months of operation, Paws has been able to rescue 345 dogs and more than 70 cats. At this point, PAWS does not have a dedicated shelter, but accomplishes its mission with the help of foster families and boarding facilities.

Recently Lakeshore PAWS has been approached by Porter County Commissioners with the idea of the county donating land at the intersection of Ind. 149 and Ind. 130 for the construction of a new animal shelter. “While we think the location is highly visible and could increase adoptions, we’re still working on details for how a contract relationship with the county might work. Certainly this new partnership with Calumet puts us in the best position to move forward with an expanded mission. We’re committed to helping animals throughout Northwest Indiana, including Porter County and beyond,” said Sommer. “We’ve toured some of the best animal care facilities in the country and met with extraordinary animal care professionals, such as those at PAWS Chicago, one of the largest no-kill shelters in the Midwest. When we build a shelter, it will be a no-kill shelter. We’d also like to emulate leading centers that are as cage-free as possible, promoting interaction with the animals and acting more like adoption centers than shelters,” she said.

Lakeshore PAWS is not interested in assuming animal control operations throughout Porter County. “Our interest is in the care of the animals, period. That said, we would like to see animal control operations moved as near the animal care facility as possible and foster a positive relationship with both,” said Sommer. “Our ideal center would include an intake area for incoming animals as well as a spay and neuter facility on site,” she said.

As part of the partnership between Lakeshore PAWS and Humane Society Calumet, PAWS will be forming a cohesive Board of Directors dedicated to animal care. For more information about Lakeshore PAWS, visit www.lakeshorepaws.org.