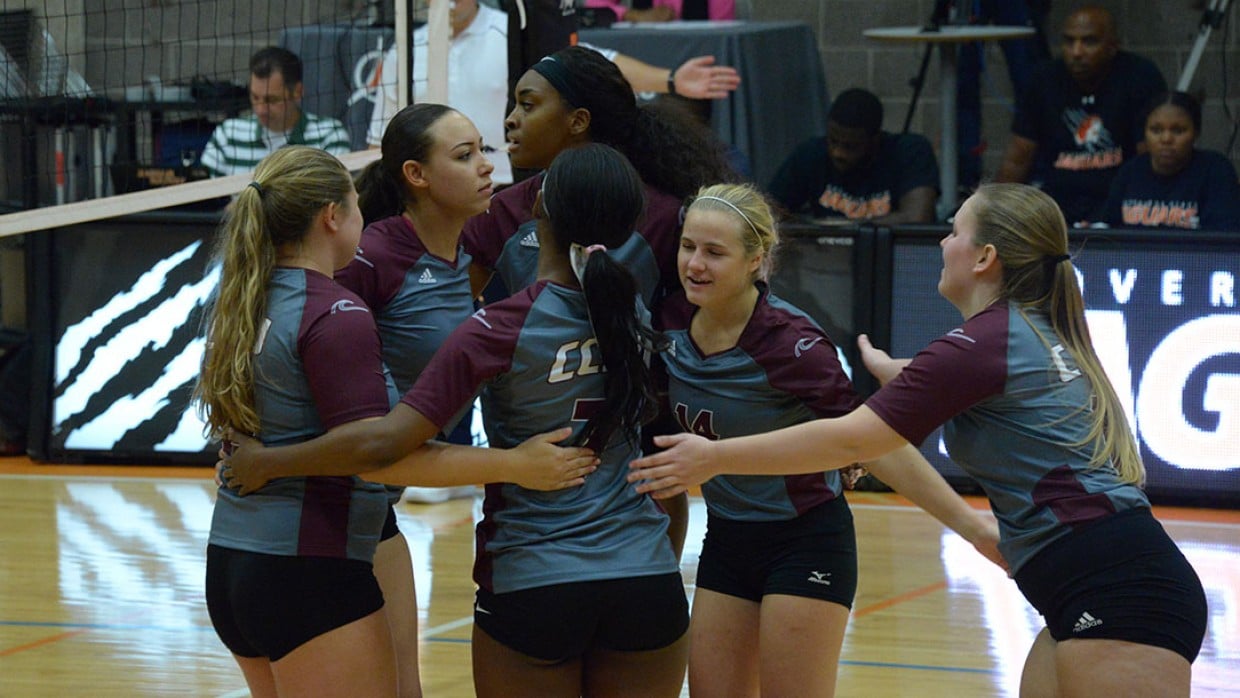 Some wins don't feel like victories. Some losses don't feel like defeats. Tonight's ballgame between the Calumet College of St. Joseph women's volleyball team and the IU-Northwest Redhawks felt like the latter. The Wave fought extremely hard in each of the three sets played tonight, but just couldn't get over the hump as they loss two of the straight set losses in extra points.

HOW IT HAPPENED
The first set of tonight's contest was certainly not the way CCSJ (2-11, 0-4 CCAC) wanted to start off. IU-Northwest (16-5, 1-0 AII) rallied for four straight points to start the set, which proved to give them more than enough padding to cruise to the victory. The Crimson and Gray got within one point only once during the first frame, falling 25-18.

The second set was a much different story. While Cal College didn't have the greatest hitting percentage during the set, only .068, they committed only five errors. This allowed them to keep pace with IUN, especially when the team scored seven straight points, including a Caitlin Alwine (JR/Goshen, Ind.) ace. The Lady Wave led by five at one point before the Redhawks creeped their way back in, scoring three straight points to secure the 26-24 win.

The last set featured one of the greatest battles that the Rittenmeyer Center has seen in quite some time. In fact, the combined 66 points is the highest scoring set since the Wave and then named Purdue Calumet put up 60 together. The Lady Wave out hit and out killed IUN in the set, but truly were never able to pull away. This created an incredibly lively atmosphere in the arena, especially when the battle went past 25 point mark. There were a total of 14 lead changes, with IUN taking advantage of two errors at the end to secure the match victory at 34-32. With the victory the Redhawks set a single season record for wins, while the Wave are still left searching for their first NAIA victory of the season.