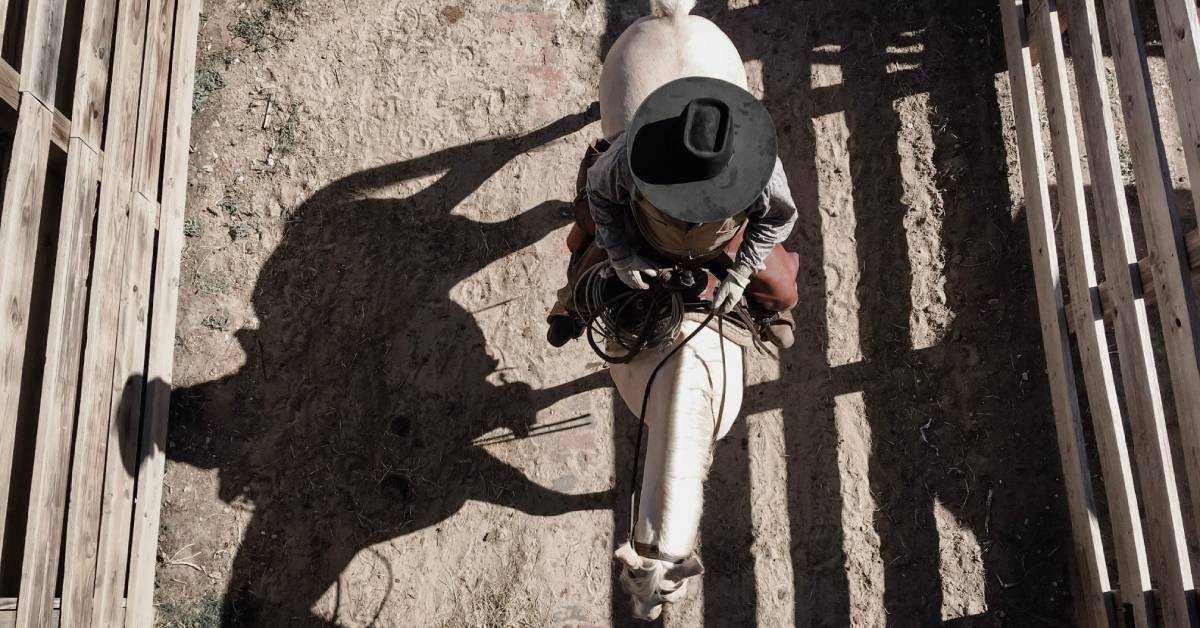 Editor's note: Andrew Grimm is a contributing columnist at GreatNews.Life.

John Wayne is still alive. I’ve seen him with my own eyes. He rode in one day, high on his saddle, and took out the bad guys one at a time with a six-shooter in each hand.

Every bad guy was defined by John’s perspective, assumptions, and experience.

As leaders, we need to kill the John Wayne leadership concept. It’s essential, it’s overdue, and the sooner we do it the better off we’ll be on all levels.

I realize the real John has passed away, and if you are a die-hard fan, this article has nothing to do with him as a person or his body of work. This is about killing John Wayne leadership.

As leaders, we hear all the time that we’re expected to break down silos, be vulnerable, learn from our mistakes and allow others to learn from their own mistakes, to rely on our knowledge holders, and to listen to those who know.

In reality, traditional leadership models expect leaders to come in like John, high in their saddle, and be the heroic iconic gunslinger who breeds wins from the hip, who knows all the things, and can reduce complex problems to simple decisions that last. No failure allowed (or at least visible).

If you feel like your organization expects you to be John, that’s ok. It doesn’t mean you’re not a good leader; it doesn’t mean you work at a bad organization. It means you’re from a culture that grew up around icons like John and you are dealing with the same internal demons as everyone around you.

It takes bravery and true grit to change.

As leaders, we have the power to change ourselves. We determine our destiny. Don’t get caught up trying to build an image of untarnished iconic leader legacy by chasing and overcoming politics and perception. Icons always fall and politic-focused leadership is doomed in a world expecting transparency.

Instead, be you. Be flawed. Be human. Learn in front of people and give others credit for your success if they deserve it and let people see you do it.

John Wayne leaders are typically gotcha leaders. They’re focused on the appearance of personal perfection. They’ll publish an agenda for a meeting, but they’ll be the holders of the actual agenda. They’ll catch people out in public, they’ll drive the conversation in directions where their knowledge is formattable so they can win instead of collaborate, they’ll judge instead of teach, and they’ll never solve conflicts near as much as they’ll attempt to win them. All risk will be delegated to others so only wins can touch them. They are superior in all things. They are heroes.

You know one right now after reading that, and that doesn’t mean they’re bad or wrong – it means they’re stuck in an archetype that is no longer relevant to the direction society is heading. If you doubt that read about Millennial and Generation Y values some time.

Maybe your John Wayne leader is an exceptional person who just need that recognition. Maybe they can’t let go of that image of a leader as the most important person of a team. I don’t believe the leader should be the center anymore. Instead, the leader is the person giving everyone what they need to be successful.

I worked at Walt Disney World. You know what one of the biggest problems was at Disney?

From a Disney parking lot, you can see the curvature of the earth. They are massive, massive fields of pavement.

The problem was that most people couldn’t remember where they parked and once they got close to where they were, based on the markers, they would walk around holding the keys for their rental cars hitting the button to sound the horn.

The bigger problem was that everyone else was doing the same thing and all the rentals looked the same.

So, how did the John Wayne leaders at Disney solve the problem?

They didn’t. They couldn’t. They didn’t know enough about it to be able to so, instead, they trusted the problem to their parking professionals who knew what was going on. Those intrepid, creative problem solvers were able to determine that they would park by row and keep track of what time they parked cars in each row not allowing people to fill in empty spots as they opened up.

Because people know what time they got there. They have a receipt from the entrance to park, they likely posted to social media upon arrival, and new cellphones will tell you what time you arrived somewhere. Staff could help people determine what time the magical arrival happened, and with that info, they could tell people what row they parked in – sometimes what part of the row.

How many problems can be solved by trusting the people who know to solve the problem?

Walk the walk of the new leader and kill John Wayne. Trust the people around you. Be you.

Andrew Grimm holds a master's degree in healthcare administration and a bachelor's in science for IT management. He’s worked in healthcare for over 20 years and he’s been in leadership positions for well over a decade. Andrew’s early experiences with leadership include being a team leader in a fast-food franchise and a leadership position as an intern for Walt Disney World. He’s presently a vice president for a health system in Northern Indiana. Andrew is a La Porte native, where he lives still with his wife and two children. He has several hobbies including gardening and various attempts at woodworking and remodeling.