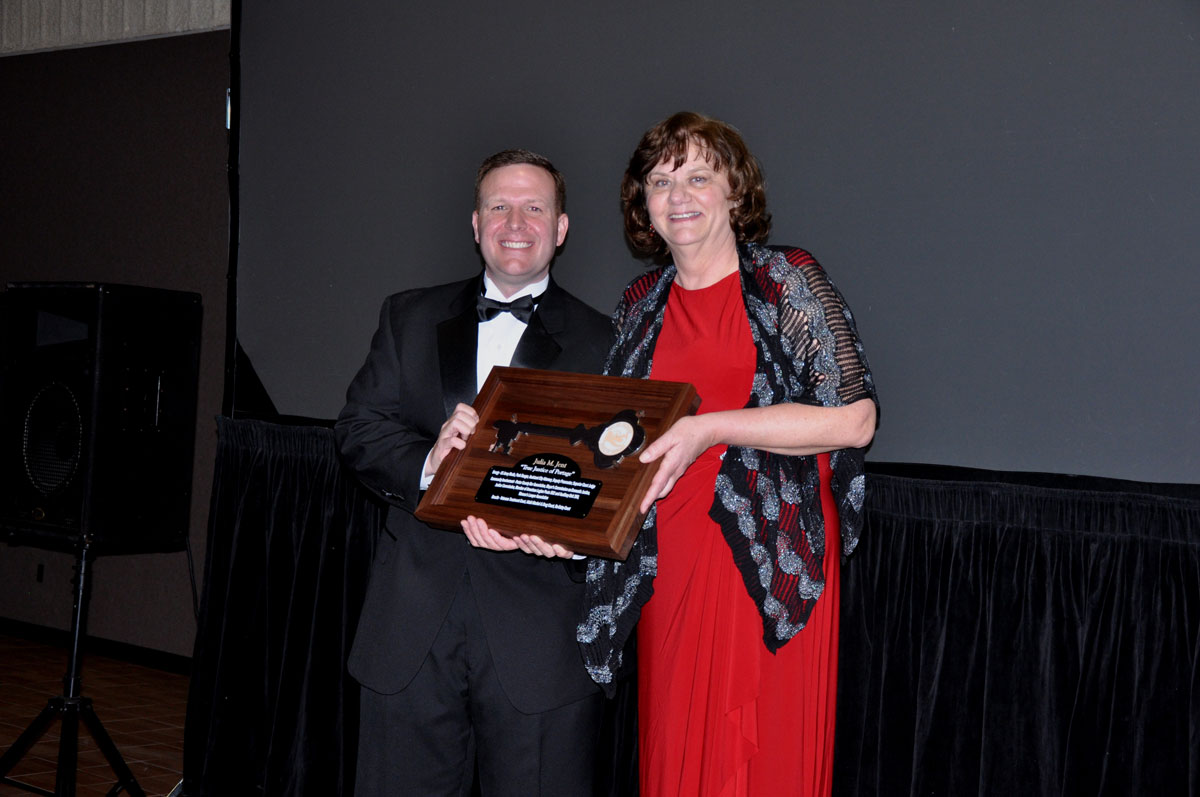 Judge Julia Jent was presented with a Key to the City of Portage on Saturday, March 14th at the Mayor's Charity Ball.

As the Key states, Judge Jent represents "True Justice of Portage." She has held many jobs, from being a US Army Medic to a Park Ranger to Assistant City Attorney to Superioir Court Judge! She has many accolades from the City and County, but she takes the most pride in the Veterans Treatment Court. In case, as she spoke a few words after receiving the Key, she turned the honor back to the Veterans she loves and respects so much.

"There are few people that emulate the greatness and success Judge Jent does. We believe her example and life are what makes Portage great, and it was an honor to bestow this award to her on behalf of the residents of Portage," said Mayor James E. Snyder.