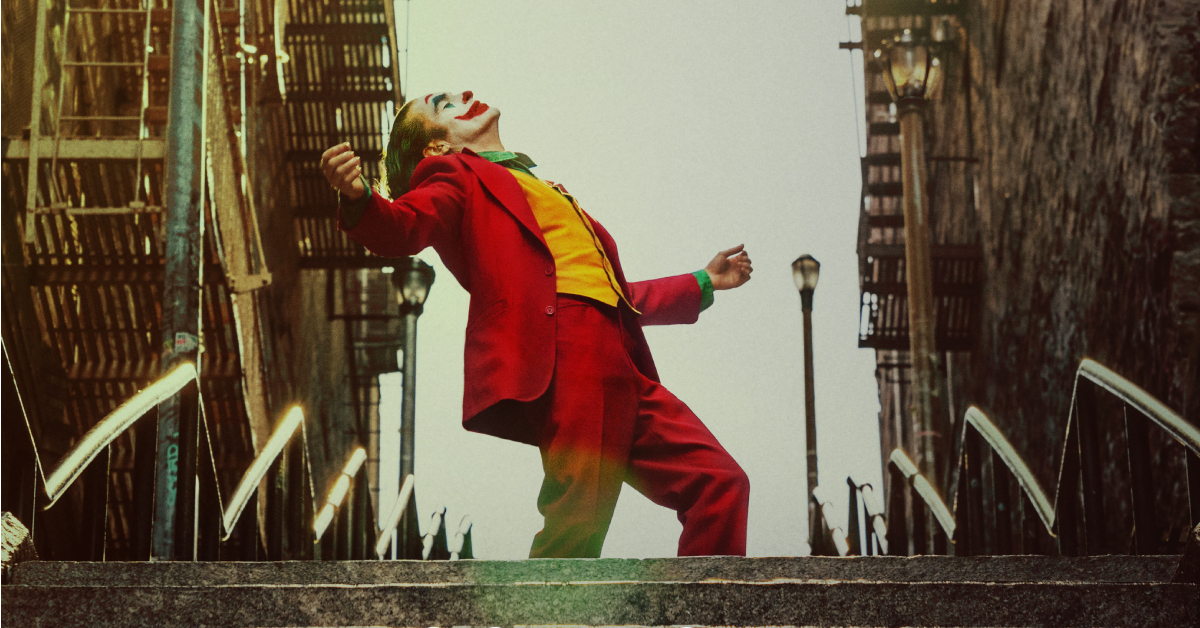 Overview: Gotham City outcast Arthur Fleck has been disregarded by society his entire life. Years of lonesomeness has taken a huge toll on Arthur’s psyche, and he now questions his purpose in the world. A combination of negative events in Arthur’s life, however, have now driven him to a breaking point. This dark path he has started down leads him to his destiny.

What Worked: Joker could potentially be one of the riskiest comic movies to date. Director Todd Phillips does an amazing job of truly putting the viewer inside of Arthur Fleck’s mind. This is not your happy DC movie with a feel-good ending whatsoever. Gotham City is filthy, drab and depressing. Phillips does a phenomenal job of showing viewers how homely Arthur’s living situation is while caring for a mother with her own demons. Joker isn’t just depicted through Phoenix’s performance, Phillips excels at delivering uneasiness through his amazing camera work as well. The brooding, violin heavy score by Hildur Guonadottir is a character all on its own also. The unsettling soundtrack reminded me of Joker’s small theme in “The Dark Knight”. Finally, there was much fan debate when Joaquin Phoenix accepted to play the title role last year. Thankfully, Phoenix excels across the board and does not disappoint. We truly see the internal anguish that Fleck is experiencing, scene by scene. Phoenix does an astounding job of not only delivering his lines with conviction but telling even more story through his face and eyes. Phoenix’s portrayal of Joker has to be considered for awards at the end of the year. He definitely made this character his own. His performance makes you worry about his own mental state and leaves you pondering his actions long after the credits have rolled.

What Didn’t Work: With all of the amazing things about Joker set to the side there lay a few aspects that could have been expanded on. Phillips does an unbelievable job of delving deep into the deteriorating mental state of Arthur Fleck, but the world surrounding him is very hazy. Characters such as Murray Franklin, Sophie Demond, and Fleck's mother Penny don’t get any kind of development whatsoever. I do fully understand that this is a “Joker” movie. Unfortunately, if viewers are meant to care about these characters in any way we need to know a little more about them. Different actors could have been supplemented in their roles and it would have made zero difference because of their small screen time. Furthermore, I also would have liked to have seen the fate of Zazie Beetz’s character Sophie. Everyone in the audience can assume what happened. However, if this is somebody that played a huge role in Joker’s origin then I think it could have been more effective happening on screen. Finally, I would have liked to have seen some of Arthur Fleck's background before this time period. Ultimately, we are left with quick sentences and some paper filings. Some background into his upbringing could’ve added more depth to his already complex narrative.

Overall: These days it seems as if every successful movie is tied to Disney or Marvel Studios. This makes a movie such as Joker even more satisfying in the end. This film is basically the opposite of the Marvel Universe. Flipping normalcy into a dark, dirty and depressing world. Joaquin Phoenix is unbelievable, portraying an aspect of this famous villain that has yet to be approached. Phoenix’s Joker results from a downward spiral of emotions that can drive a person to madness. It is best not to contrast his performance to past iterations because of the difference in perspective. However, if it must be compared then Phoenix has to be in the discussion for the top spot. Although we don’t get much development outside of our title character, we are left with a true film noir for comic book fans that are ready for an alternative from the common tales these days. DC finally noticed that they needed to change their filmmaking approach to have more success with their movies. Because of this, Joker should be accepted in terms of movie quality. Unfortunately, given its dark narrative they may not see the box office numbers they hope for. Overall, Joker will be a film debated amongst fans for years. Proving to be the movie that moviegoers don’t deserve, but need right now.

To catch Joker on screen this weekend, check out local showtimes at https://www.gqtmovies.com/indiana/portage-16-imax-gdx.