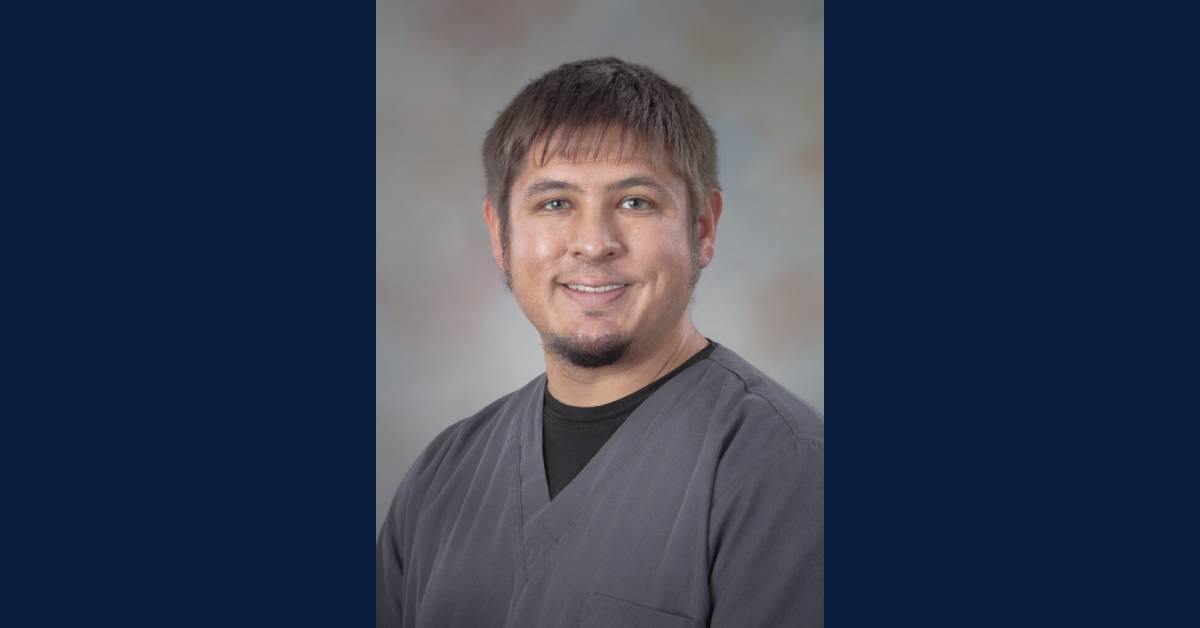 When Jeremy Blosser, Director of Pharmacy at Northwest Health – La Porte, was named Clinical Manager of the Year, he felt a plethora of emotions: surprise, pleasure, but mostly, gratitude. After all, the acknowledgment came after a long, tumultuous year in the healthcare industry, something felt by healthcare workers everywhere, but especially Northwest Health – La Porte workers as they went through more than one change.

“Between the pandemic, moving to a new hospital, and working with new equipment and new technology, it has been a quite a year,” Blosser said. “So, I think the overarching theme of the year has been teamwork. It took a lot of teamwork for us to get a new hospital open during a pandemic with everything that had to go into it. We all came together, and we worked well together to get the job done.”

Blosser extended his gratitude to his team, emphasizing the importance of what having a dedicated team behind him meant during the pandemic.

“To be named Clinical Manager of the Year affirmed the hard work my team and I were doing,” said Blosser.

Blosser has been with Northwest Health – La Porte for nine years, serving the county he grew up in. Born and raised in New Carlisle, he attended New Prairie High School. At the time, Blosser wasn’t thinking about a career in healthcare; he, much like other people his age, felt as if he really had no idea what he was wanted to do.

“But somehow, the right doors opened for me, and I fell into this field and found that I really enjoyed it,” Blosser said.

After high school, he stayed local, helping at his father’s business repairing semi-trucks and going to college at the same time. Pharmacy, however, was not on his mind. After college, he took the MCAT and began the process of applying to medical schools when he stopped and thought about what his life would be like at medical school.

“When you apply for medical school, you know that you’re going to go to school for four years, then another six years of residency, and so on. You know that’s what your life is going to be,” Blosser said. “I stopped and thought about whether that’s what I really wanted in this field and for my life, so I decided to take a year off and work for my dad.”

A chance acquaintance with a pharmacist introduced him to the field, and before he knew it, Blosser was applying to pharmacy schools. He began his post-graduate career at Purdue University’s College of Pharmacy, where he graduated in 2011 after going to school, working for his father on the weekends, and working for Walgreens part-time. He continued to work for Walgreens for a year before coming back to LaPorte County and starting at Northwest Health – La Porte.

Now almost ten years at Northwest Health – La Porte, four of which he has served as Director of Pharmacy, Blosser has appreciated the opportunities and growth the hospital system has given him.

“I started as a staff pharmacist and worked my way up to Director of Pharmacy,” he said. “They’ve afforded me so many opportunities to learn and grow in my position.”

As Director of Pharmacy and head of the Pharmacy and Therapeutics Committee, Blosser establishes and plans the policies, processes, and goals of the hospital’s pharmacy, ensuring there is constant communication with department heads, nursing staff, doctors, and more as he and his staff work to improve patients’ lives during and after their stay at Northwest Health – La Porte.

“There is always something new or different to do or solve on a daily basis to educate people about,” he said. “It’s been a great journey.”

And as Clinical Manager of the Year, Blosser reflects on that journey and the people who have stood behind him since day one.

“When someone is named Clinical Manager of the Year, that’s not necessarily the person you should be looking at or thanking for that matter,” he said. “Behind them is a team that is supporting them all the way. It’s not just a reflection on me so much as it’s a reflection on my team in the pharmacy that shows up every day to improve people’s lives and to help our nurses and doctors."