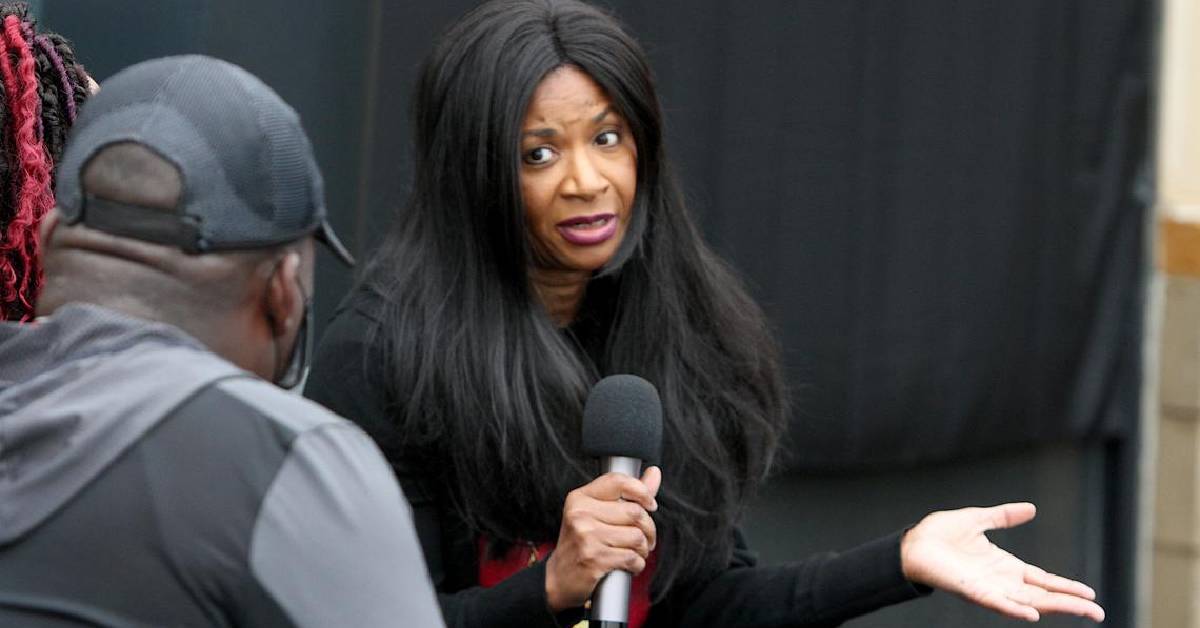 “I saw one of mine get violated in a way I had never seen anything get violated, and all I could do, like anybody else, was sit there and watch. We watched a grown man narrate his own death.”

This is what Selwyn Jones, George Floyd’s uncle, said about his nephew’s murder during “Black Lives and the Legacy of George Floyd: A Conversation,” a Zoom meeting hosted by Indiana University Northwest (IUN). The meeting took place on February 9 and featured Jones, Jones’ sister, Floyd’s aunt, Angela Harrelson, and Nyle Fort, an activist and representative from Princeton’s Department of Religious Studies.

Veteran and registered nurse, Harrelson, shared who Floyd was at the meeting. She recalled Floyd, whose family and friends called Perry, as a comedic child. Floyd and his mother came to live with Harrelson on a number of occasions when Floyd was young. Harrelson said that coming from a poor family of 14 children, even though they did not have much, they could rely upon each other in times of need.

Floyd and his mother moved to Texas, where Harrelson said he played football, became a man, and became a ‘ghetto superstar.’ Following his mother’s declining health, Floyd tried to make some fast money and consequently spent four years in prison. After serving his time, Floyd decided to move to Minnesota, where Harrelson also lived, to get his life back on track. He was working two jobs, trying to shake the demons of his past, and planning to visit family members across the USA.

Jones said Floyd was a man who never got to fulfill his mission. Harrelson and Jones remember their shock when they discovered what had happened to their beloved Perry. The news came to Harrelson through a call from a stranger. She did not register what she was hearing when her husband then yelled at her to come and watch the TV. She did not register what she was seeing when she saw Floyd on TV on his stomach. The moment she knew it was him was when he called out for his mom. She remembers her knees buckling and her gratitude that her husband was home that day and could support her.

Jones remembered going through his daily routine when he saw his mother-in-law and wife in the kitchen staring at him with an expression he could not understand. He then watched with the rest of the nation what was happening on the news. Jones watched the horror-filled scene for a few minutes before realizing who it was.

Since that day, Harrelson and Jones’ lives have forever been changed. They have become advocates. They share their story in the hope that it can impact people’s hearts and minds so that their story does not also become someone else’s story.

Harrelson recalls the struggle it was for her to not only to process what had happened, but also to find the courage to become an advocate on Floyd’s behalf. She said what gave her the final push into her advocacy, was not her own courage, but Floyd’s courage.

“It takes energy, it takes bravery to try to get those words out: ‘I can’t breathe.’ When he said that, he said ‘I want to live,’” Harrelson said. “I said to myself. If he can muster out the will to live and say the words, ‘I can’t breathe,’ in those unbelievable circumstances, then I can find the energy somewhere inside of me to find a voice and fight for justice for him.”

Jones said he felt his heart ripped from his body when we watched his nephew fight to live for his last minutes on earth, but he is grateful for the change it has already and will continue to bring about.

“My nephew died as a sacrificial lamb. I’ll take it, I’ll give my nephew up to change the world and make it a better place because we need to start having that conversation,” Jones said. “We need to start communicating with people who feel a different way. There’s only one race, and that’s the human race. It is absolutely horrific for us to continue to watch our black men get murdered in the streets like animals.”

Harrelson, Jones, and Fort are so grateful for events like the Zoom meeting IUN hosted on February 9 because they find hope those conversations.

“The evidence keeps saying it’s not going to change, but I come from a black faith tradition that says faith is the substance of things hoped for and the evidence of things not seen,” Fort said. “My faith is not just in the church; my faith is in what is happening in the streets and in these conversations.”

When the speakers opened for questions from audience members, the main question they addressed pertained to what people can do to make real change.

Harrelson said she wants to see schools educate children on racism because racism is not innate but taught. These conversations she hopes will start in homes, but she believes that implementing them in schools is something tangible that can be widespread.

Jones would like to see police reform, including slowing down racial profiling, increasing accountability, and developing rules for police that apply in every state.

Fort suggested three courses of action that every individual can take to work toward the end of racism in the USA.

As racism stems from hundreds of years of racial domination, Fort said that one thing cannot fix it. Therefore, as IUN’s Dr. Patricia Hicks said at the closing of the meeting, both individuals and society as a whole must use every tool in the toolbox to fight against racism and advocate for a better future for this country.

To learn more about Indiana University Northwest or sign up for an upcoming Zoom meeting, visit https://www.iun.edu/.