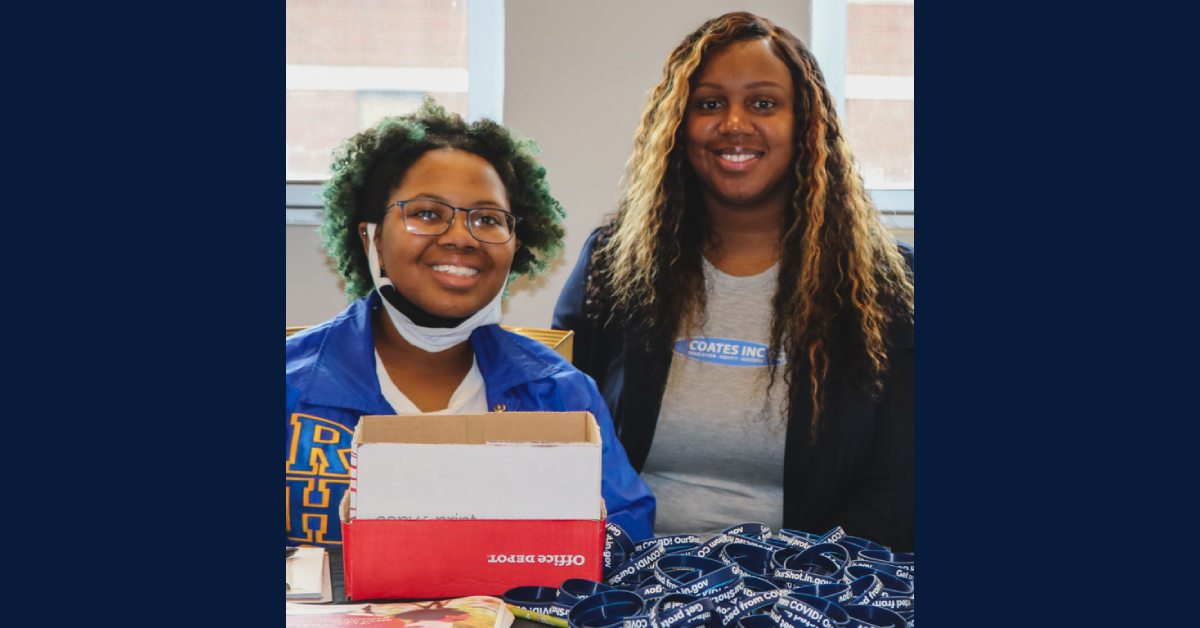 Catisha Toney didn’t always feel prepared to succeed. Growing up in Gary, she and her high school peers thought the staff didn’t care about them. However, as Toney conquered the odds and blazed her way through higher education, she soon learned the real story behind her perception of education.

“I realize now it was a much deeper issue,” Toney said. “It wasn’t that the staff didn’t care, they cared. It was just that there were not enough people to support the work. At the time, the counselor-to-student ratio resulted in limited support to students and staff burnout.”

Toney knew she wanted to be a part of the solution, to make a difference for students, like herself, with limited support systems. So, after receiving a bachelor’s from IU Bloomington, she enrolled in the Master of Public Affairs program at IU Northwest. While at the campus, Toney was excited to learn from Ellen Szarleta, a School of Public and Environmental Affairs professor, and director of the Center for Urban and Regional Excellence.

“Getting to know her [Szarleta], I gained knowledge of what was happening in community, and I also rekindled my love for doing more service work in Northwest Indiana,” Toney said. She remembered supporting Szarleta on projects to beautify parks in the neighborhood where she grew up.

Ready to make a difference

Soon enough, with a master’s degree in hand, Toney was ready to make a difference. She formed Coates, Inc., an organization that provides college and career readiness resources to underserved communities.

“I wanted to provide more equitable resources to low-income communities and students of color,” she said. “Coates, Inc. proactively supports the mission and vision of the districts and programs we support.”

Toney said her community is in a state of educational emergency. College and career readiness resources are far and few between, to the detriment of young adults. “What happens when you are limited in hearing and experiencing information that can support your thoughts and dreams? You either don’t think you can attain your dreams, or you just don’t know your options at all,” she said.

Hindering young people’s ability to achieve was unacceptable to Toney. She decided to address the problem head on and offer programming, such as early-intervention college exposure, hands-on career experience, and academic advising.

What’s more, Coates, Inc. has a robust five-year plan that outlines exciting new resources for Northwest Indiana students. Toney hopes to grow into more schools, offer immersive college exploration programs, and introduce internships and job shadows. “We have a lot on the horizon, and we are so excited for the impact we will make—now and in the future,” she said.

From gaining a mentor in Szarleta to becoming a mentor herself, Toney has made incredible strides for local students and community education. Rather than writing off impoverished areas, she moved to get those students the resources they needed.

And the communities she serves are taking note. In fact, in October, Toney was named as a “20 Under 40” by the Times of Northwest Indiana.

“We must provide as much support as possible to young people in the community,” she said. “We also need to collaborate with one another, tap into our areas of expertise, and collectively plan for the success of our community, because if we don’t, who will?”

Toney refuses to pass the buck, and thanks to her tireless work, so many students are well-positioned for success. “I know that what I am implementing is genuine and makes a true impact on young people,” she said. “They remind me of myself and those that I grew up with. That is what makes this journey that much more important.”

From college to career

With lots of grit and determination (and an IU Northwest education), Toney has gone on to help others succeed as much as she has. She believes, “trials and tribulations bring knowledge and strength,” and what better motto for someone who supports underserved communities that have struggled with so much?

Even though she didn’t feel prepared to succeed as a high school graduate, Toney has helped so many others take on the challenge of transitioning from high school, to college, to career.