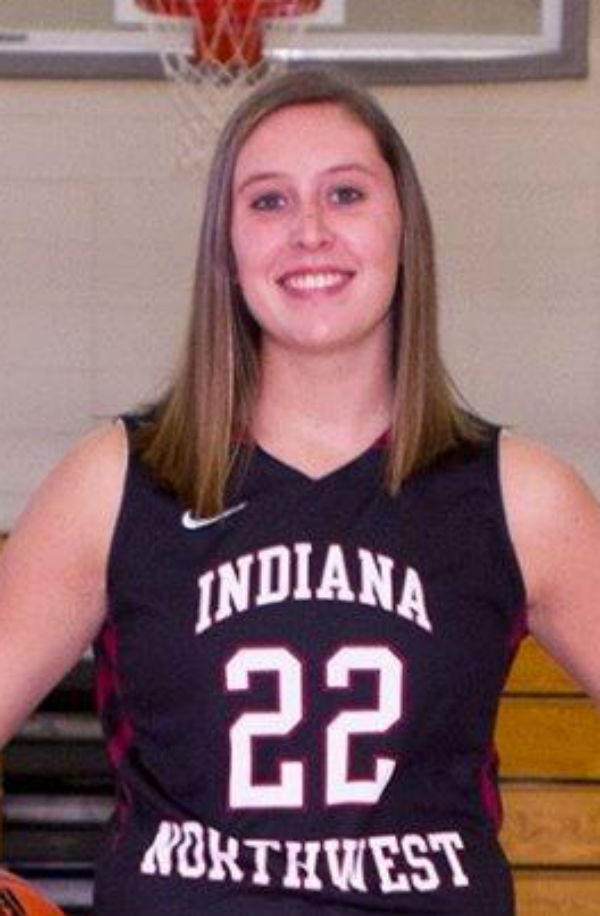 In nose-to-nose action worthy of a championship prize fight, the IU Northwest RedHawks held off a pesky Marian (IN) squad 63-51 Wednesday night. The score doesn’t reflect the game, as the RedHawks only held a 3-point lead with six minutes left in the game.

“We knew coming in that it would be a half court battle, a battle on the boards,” coach Ryan Shelton said.

First-half action seesawed tremendously; with four ties and five lead changes. Marian had led by as many as 7 points with 9:00 remaining in the half, but the RedHawks (5-2) fought back with a 10-0 run over the next five minutes to retake the lead 22-21 at 4:59. Senior Valerie Zulevic was instrumental in the comeback, popping in 7 points and 3 offensive boards off the bench in the first half. “My coach always said ‘Know your role’ and that when he needs to put me in there to clean something up and I have to do what I have to do,” Zulevic said.

The RedHawks’ struggled early in the first half keeping Marian (3-4) off the boards. In the first 6 minutes of action, the Knights had already tallied 9 offensive boards and 12 second chance points. After Shelton called a timeout to address the situation, IUN held Marian to 2 offensive boards although still surrendering 4 points off those rebounds.

Nikki Monahan, a former Portage High School star, hit a 3-pointer with ten minutes remaining to open up a 43-38 Redhawk lead and they never looked back. Monahan (18 points on 7-for-18 shooting) hit two consecutive threes to give IUN a 57-49 advantage with 2:18 remaining to seal the victory. “My shots weren’t falling in the first half,” Monahan said. “But my teammates kept passing me the ball.”

Brittany DeWell added 11 points, 3 assists and 3 steals on a night that Marian had her in their sights. “I think Brittany did amazing with their pressure,” Zulevic said. “She was just all over the place and played really hard for us tonight.”

The game was a homecoming of sorts for Marian’s Claire Holba. The Chesterton native scored 9 points and had 8 rebounds for the Knights. She shared team high scoring honors with Lakan Hassar-Smith.

With the win, the Redhawks are now 5-2 overall and have won all four of their home games.