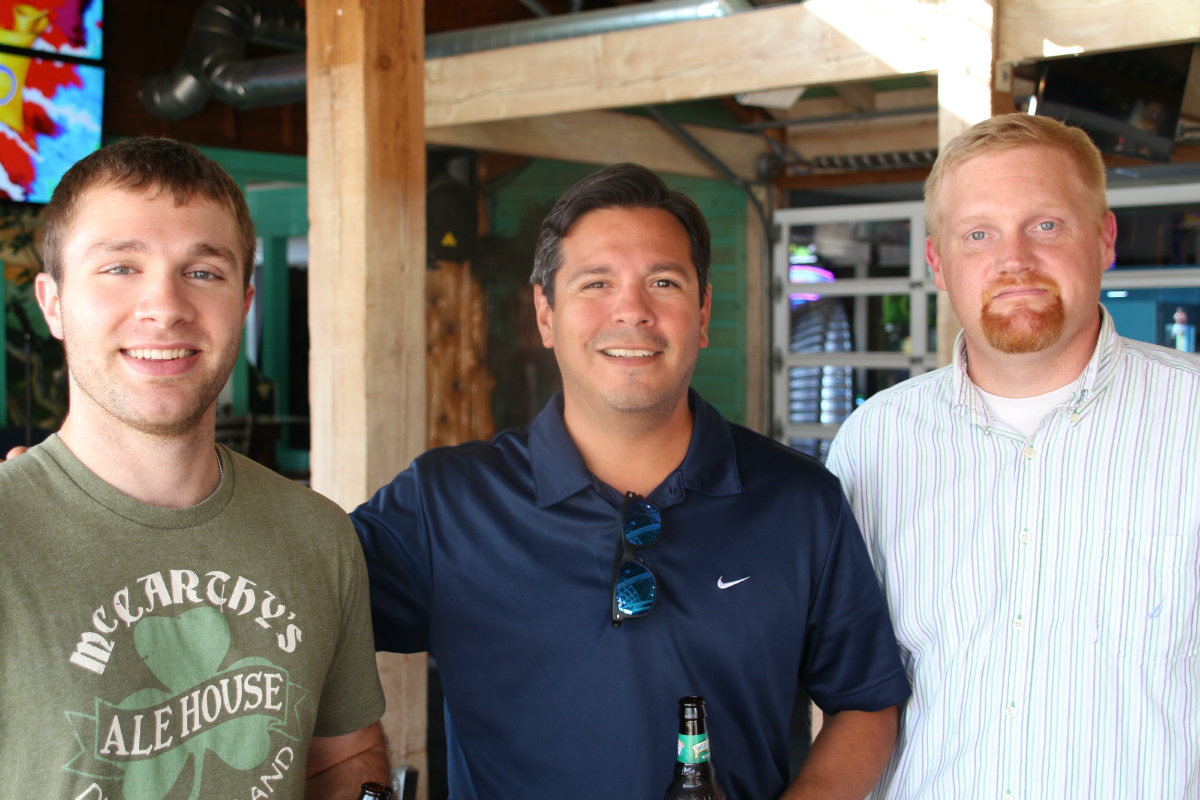 SweetWater has been making brews in the heart of the south since 1997 and now it's bringing those brews to the region. Hoosiers will be able to find SweetWater’s signature 420 Extra Pale Ale, award winning IPA, Hop Hash Easy IPA, and Goin’ Coastal IPA with pineapple, plus seasonals like TripleTail tropical IPA and limited releases from the Dank Tank.

Tonight the bottles were held high and the beer flowed freely in celebration of this fantastic beer finally making it to the area. Indiana Beverage is proud to be the one to do so.

Matt Johnson of Indiana Beverage exclaimed, “SweetWater is a great brand and we are so happy to have them on board. I still remember years ago having my first SweetWater and it is exciting to finally be able to include them in our portfolio.”

The party was no doubt a great one, with pizza from Zao Island, SweetWater beer and swag everywhere, and smiles and celebration throughout the room. At SweetWater, they say, "we’re not here for a long time, we’re here for a good time," and that was more than apparent as the party played out.

The Atlanta based brewery started as a dream of two college friends and grew into a dream job full of great beer. Freddy Bensch and Kevin McNerney were roommates at the University of Colorado at Boulder, where they also worked part-time cleaning kegs at a local brewery. Now some 20 years later, their hard work is here in northern Indiana for all to enjoy.

Herbie Moon of SweetWater Brewing is also excited to be here mentioning that, “Indiana Beverage has a great reputation and a lot of great relationships, so we are more than happy to be working with them. I tell you what, this is one of the warmest welcomes we have ever had and I am hoping to spend a lot more time here.”

Be sure to checkout the SweetWater "schwag" here, as a portion of the profits go to help save our water. As SweetWater always says, “Don’t float the mainstream.” Now, the region won’t have to.

For more information on SweetWater Brewery, visits, and events, check out: www.sweetwaterbrew.com