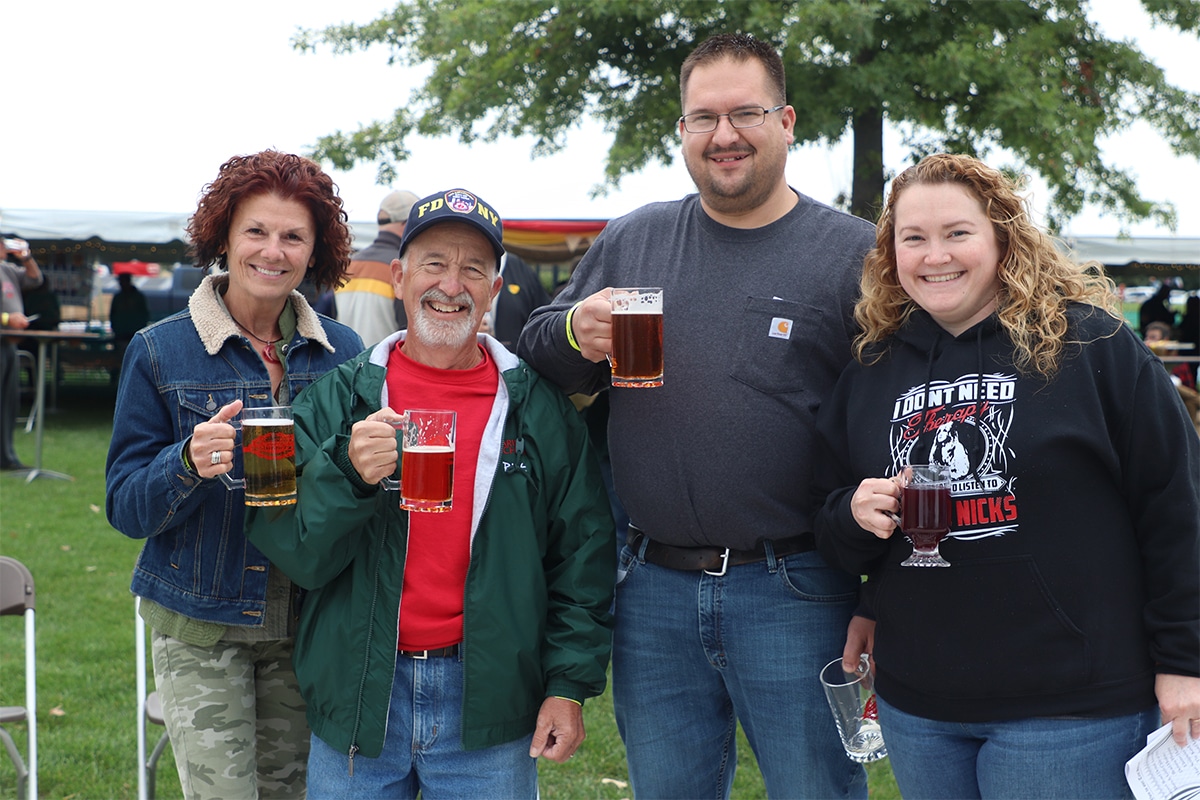 The Region has a long history of hosting many successful cultural festivals, some having histories that go back decades. On Saturday, St. Peter Lutheran Church of Portage added to the legacy by celebrating their first ever Germanfest at Founder’s Square.

The Germanfest brought the Portage community together for a day of brats, beer, and music to ring in the fall. St. Peter Lutheran was one of the first churches founded in Portage, more than 100 years ago. Though they always endeavored to give back to the community, under the recent leadership of Pastor Ben Ahlersmeyer, they redoubled their efforts to be a positive, fun force in Portage.

“We, as a church, want to be a face in the community, so this is a great way to do that by getting people out, having a few beers and some brats, and hanging out,” said Pastor Ben. “This is a hardworking, caring, and close-knit community. What I like about this event and the Square is that it gives a place where we can all gather and be together. My wife and I aren’t originally from the area and we’ve grown to love the people here.”

Lutheranism is deeply rooted in German culture, and the team at St. Peter noticed that while there are Oktoberfest events around the Region, there was not much that truly brought in all elements of their heritage. While a carefully curated list of German and local craft beers and wines headlined the event, attendees also enjoyed brats, Bavarian pretzels, spaetzle, and other iconic fare while taking in German music performed by the Johnny Wagner Band.

“The Lutherans are from Germany, so we like to drink beer. Plus, there wasn’t an event like this in the area, so we thought it’d be a good way to bring traffic to Portage,” said Jen Santaquilani, Event Coordinator for St. Peter Lutheran. “We love bringing the community together, we’ve got the ROTC here, volunteers from all different companies, and local businesses that sponsored us.”

Santaquilani anticipated more than 1,000 visitors stopping by throughout the day, an impressive number for their inaugural outing. While people came from all over, some attendees were Portage-born and raised, such as James Maynard, who moved back to the city just a few years ago. For him, the Germanfest captured everything that makes Portage a fantastic community.

“I grew up here for some 40-some odd years, moved to upstate New York for work and spent 15 years there, then retired and came back home,” Maynard said. “I’m happy to see they’re doing things like this; I’m amazed at the way the town’s changed since I moved away. For years, there wasn’t a whole lot that went on in this town, so it’s great to see all the new people and things.”

Also on offer was a musical performance by the Crawpuppies, a “Kinder Zone” filled with games and prizes for kids and families, and a market with local crafts and foods. Learn more and find a taste of what to expect at next year’s Germanfest at stpetergermanfest.com.