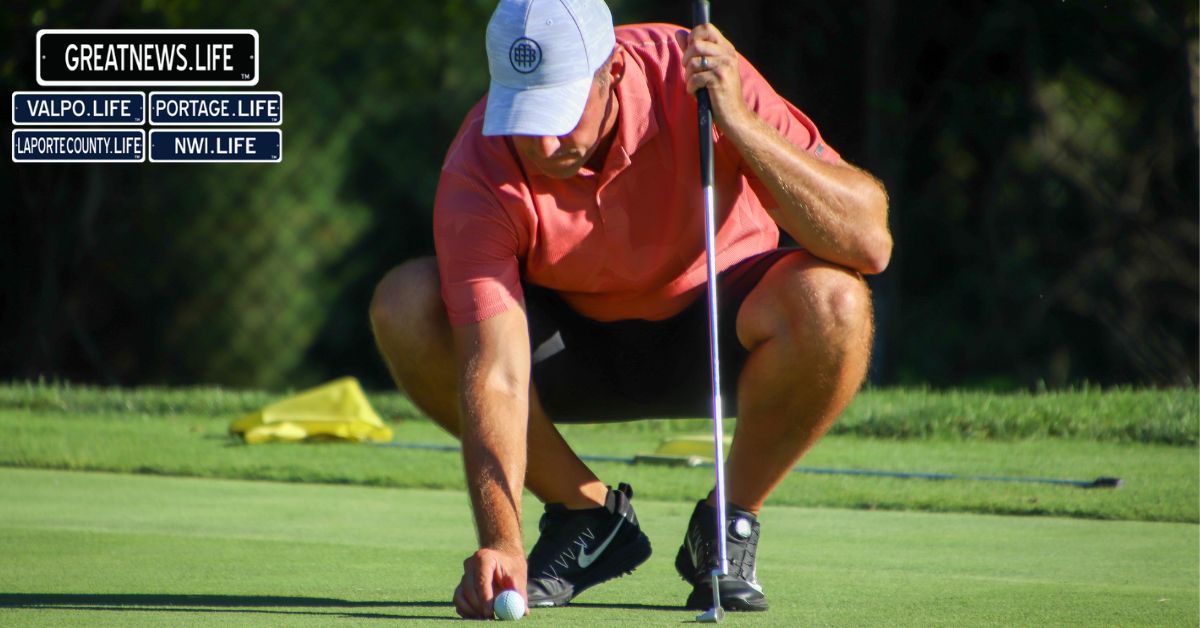 “This course is one of the little gems here in Michigan City. And it’s great to sponsor this event and just get out here and watch everybody play and support the community,” said Cara Jones, Business Banker for Horizon Bank.

The tournament was fun for everyone whether they were there to compete for an award or just to have fun. The tournament even had some bonus challenges incorporated into it to make it even more enjoyable for everyone regardless of skill level. People had the opportunity to win $10,000 if they got a hole-in-one on hole six. A young person even won $500 for getting a hole-in-one on hole 13. The tournament was truly the perfect balance between fun and carefree and serious and competitive.

“Everybody’s out here to have fun, but they’re also out here to compete. That’s what makes it the best. It’s a different atmosphere out here on a Sunday during the championship than it is on just a normal Sunday afternoon. It’s fun while it’s competitive. So, if you don’t take it seriously
it’s still fun. And if you do take it seriously this is the tournament for you,” said Marty Nieman, Tournament Director.

The tournament consisted of 13 flights of players who were categorized based on their skill level. The winner of the entire tournament was Chris Schultz who has been playing on the Michigan City Municipal Golf Course for years. For him though, the fun of the tournament wasn’t so much about the win as it was about getting to play with his friends.

“A few of us, like Brad and Richie, play together all the time so it’s a lot of fun,” said Schultz.

Schultz, like many people, hopes that the tournament will continue to grow in the future.

“The main thing is just for people to find out about the tournament and for the tournament to grow bigger and bigger. Make it more popular. It would be nice to get it up to maybe 200 golfers which would be huge. We want more people to come out here and have fun,” said Nieman.

The tournament has already grown considerably over the past couple of years thanks to Horizon Bank’s sponsorship of the tournament this year which made it a lot easier for people to come out and play. Everyone was grateful for Horizon’s involvement in keeping the tournament going strong.

“This turnout would not be here if it weren’t for Horizon Bank. Horizon Bank’s sponsorship makes the fees go down and makes it affordable for more people to play. And that’s really what it’s about is getting more people to come to play because they can afford it,” said Nieman.

There’s no doubt in anyone’s mind that with Horizon’s help, the Michigan City Municipal Golf Course tournament will continue to get bigger and better in the future.

To learn more about Horizon Bank and the fun events that it sponsors,
visit https://www.horizonbank.com/.