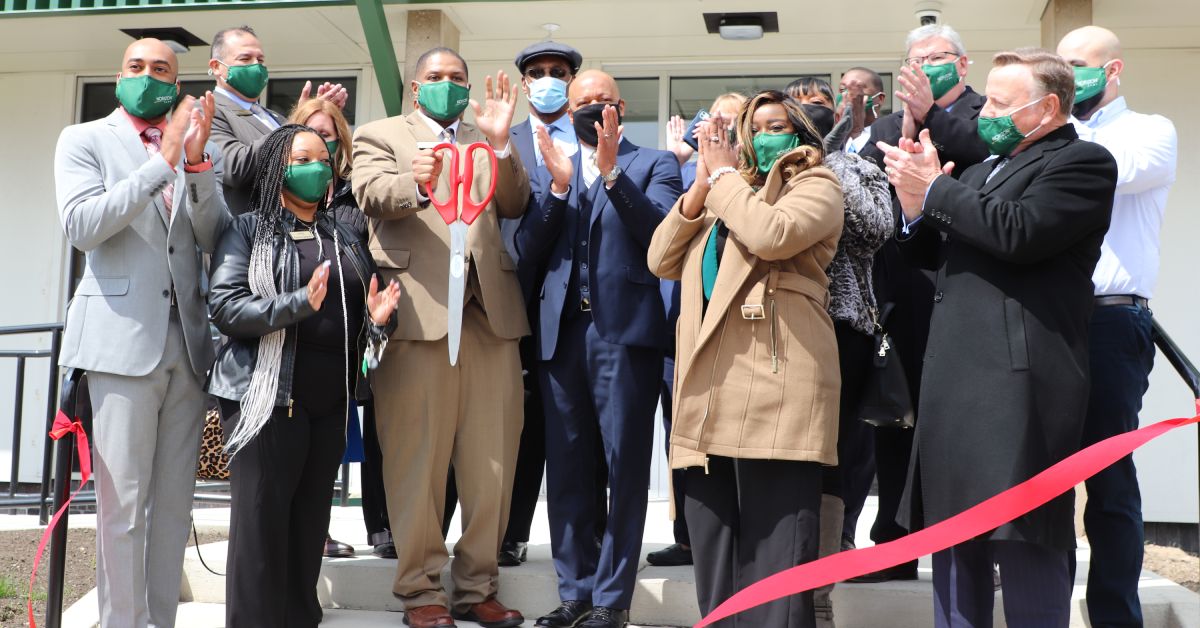 After beginning the process of pinpointing the location and negotiating the transaction two years ago, Horizon Bank held a ribbon cutting ceremony at its new branch in Gary to celebrate its official opening on April 4. The newly remodeled facility had a soft opening a few weeks ago, and Chairman and Chief Executive Officer Craig Dwight is happy to have discovered a location that suits Horizon Banks’ needs.

“We wanted to be in Gary, Indiana, and this spot was already a credit union and had the building set up and design of the drive-up windows, so it was easy to remodel,” Craig said. “We bought it in October, remodeled it, and opened on March 31.”

While the building alone seemed like the perfect fit for Horizon Bank, President James Neff also feels the location is in a great spot.

“Being here on Grant Street, it’s a very busy traffic right on the corner by the stoplight. It’s right of 94, so it’s easy to access,” Neff said.

Horizon Bank operates not only in a professional capacity, but also emphasizes working in a relational capacity. With this priority in mind, Horizon Bank engaged with the community to bring this effort to create a Gary branch to fruition.

“We focus on ‘people first’ in hiring and were able to recruit local people, which has really helped because they know the people within the community,” Neff said.

Mayor Jerome Prince, Gary Chamber of Commerce, and other individuals and organizations that were involved in this project attended the ribbon cutting ceremony.

With so many nonprofits and local organizations involved in the opening of the Gary branch, Horizon Bank expressed its gratitude and presented checks to several local groups. These groups included Love Your Block Program, Brother’s Keeper Shelter, Beyond Four Walls, The Baptist Ministers, Urban League of NWI, and Gary Literacy Coalition.

From its headquarters in Michigan City to this newest branch in Gary, Horizon Bank is proud of what it has achieved over its 148 years of business.

“We just received recognition from S&P Global, which is a financial reporting company throughout the United States and worldwide,” Dwight said. “We were in the top 50 financial performing banks in the country for assets of $3-10 billion. Last year, we received an award from Bank Director Magazine where we were ranked within the top five community banks in the country for financial performance over 10 years. Our bank has been very successful over that 10-year time period, and even the last year during the pandemic, as a result of our talent. It’s just a great group of people.”

With these recent recognitions of Horizon Bank’s achievements and its connections to people and organizations within the Gary community, the staff looks forward to serving the area with excellence.

“It’s always exciting opening a new office and seeing the enthusiasm and the people,” Dwight said. “Our staff embraces community, creating jobs, and serving customers. We look forward to keeping up with their enthusiasm and the energy levels that they have. If we can do that, this will be a very successful office in Horizon’s continued path to success.”