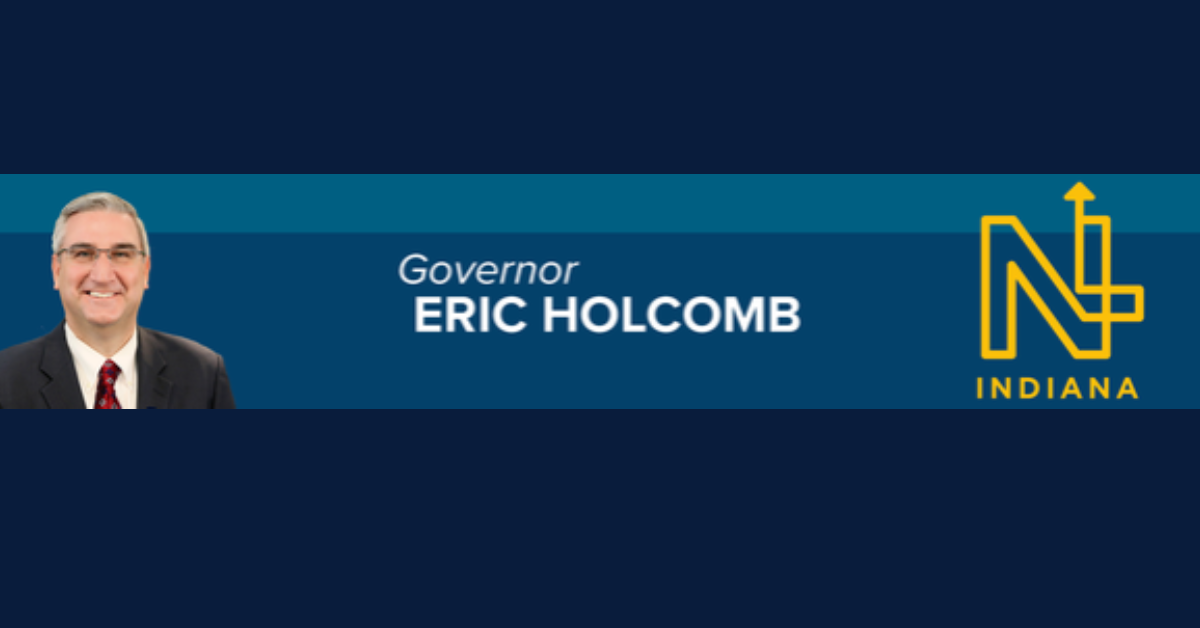 Gov. Eric J. Holcomb today announced nearly $173 million in federal funding that will allow construction to begin on the expansion of the South Shore rail line to a double track, a decades-long priority for the region.

The $491 million project, which is a key piece of Gov. Holcomb’s Next Level Agenda, will speed passenger rail service between Gary and Michigan City as well as make critical safety improvements at grade crossings and platform improvements at five stations.

“By improving commuter rail through the region, the project is a game changer for northwest Indiana and the entire state,” Gov. Holcomb said. “Combined with our recent announcement on the West Lake Corridor project, double tracking the South Shore line will connect Hoosiers, attract talent and business, and increase quality of life in our great Indiana communities.”

Gov. Holcomb, Indiana’s Congressional delegation, members of the Indiana General Assembly, the Northwest Indiana Regional Development Authority and local elected leaders worked with NICTD to provide funding and leadership for the project. The state has committed nearly $200 million and locals have partnered to commit nearly $120 million.

The Double Track Northwest Indiana Project, which spans over 26 miles from Gary to Michigan City includes installation of a second mainline track, improvements at five stations, expansion of parking lots for over 1,300 new parking spaces, and nine new platforms. Significant safety improvements will be made in Michigan City, where the rail will be separated from the roadway and 21 at-grade crossings will be closed. The project is expected to more than double existing South Shore Line ridership and reduce travel times for all riders traveling east of Gary.

The SS Double Track funding agreement closely follows a federal funding agreement for the West Lake Corridor project. Combined, the Double Track Northwest Indiana and West Lake Corridor Projects are projected to attract approximately $2.3 billion in private investment to northwest Indiana, and result in over 6,000 new jobs and $3 billion in economic impact by 2048.

“This has been a game-changing infrastructure priority for Indiana for many years, so naturally I am thrilled that our efforts have helped secure the full amount of federal funding required to complete the South Shore Line Double Track Project. During her confirmation hearing in 2017, DOT Secretary Chao agreed to my request that she visit Indiana, which culminated months later in a meeting at the South Bend Airport to advocate for advancement of the project. Now, with its expected economic impact of $3 billion by 2048 and the creation of more than 6,000 new jobs, the completion of this and other Northwest Indiana infrastructure projects will benefit Hoosiers for years to come. I applaud everyone at the state and federal level who played a role in helping us reach this pivotal moment,” said Senator Todd Young.

“The South Shore Double Track Northwest Indiana Project is a win for Indiana and a big step forward for our public transportation system in the northwestern region, and I’m proud I could play a role in securing federal funds from the Federal Transit Administration needed to complete this important economic development project. Thanks to bipartisan work from every level of government by Governor Holcomb, Senator Young, Representative Walorski, now-retired Representative Visclosky, and our state legislators and local leaders in our northwestern counties, the South Shore Double Track project will bring new investment, jobs, and growth to the region,” Senator Mike Braun said.

“The South Shore Double Track project will make transportation across northern Indiana more efficient and boost economic development in the South Bend region. The full-funding grant agreement brings this vital project another step closer to reality. I’m thrilled to join my Hoosier colleagues, Governor Eric Holcomb, and other local, state, and federal officials in marking this momentous occasion. Our region’s economic future depends on innovative solutions like this, and I look forward to continuing our work together to strengthen northern Indiana,” Congresswoman Jackie Walorski said.

“I congratulate all of the individuals and entities involved with this project for their steadfast dedication to investing in the positive economic future of our region. Specifically, I want to thank Governor Holcomb, Senators Young and Braun, our state legislators, local leaders, and everyone at the RDA and NICTD for their perseverance to make this investment a reality. Let us use this opportunity, coupled with the West Lake expansion of the South Shore, to urgently seek out the next transformational investments for our region. We must move quickly and decisively to maximize these investments to create good-paying jobs and enhance our quality of place. We must also ensure they inure to the benefit of every citizen of Northwest Indiana,” former Congressman Pete Visclosky said.

“Today's announcement highlights what Governor Holcomb and all of our dedicated leaders can accomplish on behalf of our region when we work together.  This significant investment in our transportation infrastructure will create new good-paying jobs and positive, collective economic impact throughout our entire region. Let us continue to look for opportunities to create partnerships between federal, state, and local government entities and stakeholders to build an economy that works for everyone,” Congressman Frank Mrvan said.

“Reduced travel time and more frequent service options have been top priorities for those who rely on South Shore Line service. They, along with important safety enhancements, are vital to the long-term success of commuter rail operations from South Bend to Chicago. Today’s award of a Full Funding Grant Agreement from the Federal Transit Administration, clearly establishes that our partners at the FTA fully share in our region’s priorities and economic future. Our profound gratitude to Governor Holcomb for his unwavering leadership to get us to this great day, along with our entire congressional delegation, leadership in the General Assembly, our local elected officials in our four county service area, community stakeholders and loyal South Shore Line riders for this tremendous team effort,” said Mike Noland, President of NICTD/South Shore Line.

“With the Double Track project receiving FTA support along with the recent announcement of FTA support for the West Lake Corridor, we are building the largest and most comprehensive economic development project in Indiana. Governor Holcomb and our delegation in D.C., worked together, in the way Indiana does, to take things to the Next Level. This is the kind of success, positive momentum and strong leadership that creates confidence in our market. This is also a clear recognition of the value of Indiana’s gateway to Chicago and its future,” said Bill Hanna, president and chief executive officer of the Northwest Indiana Regional Development Authority.