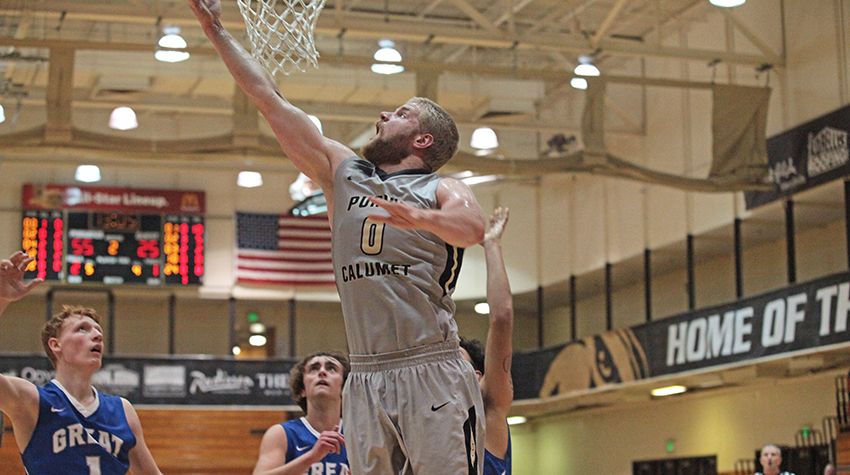 The Black and Gold were up 14-12 with 11:18 left in the opening period, but the Peregrines went on a 31-7 run to end the half, thanks to a fast break layup and four-straight trifectas from Spring, which gave Purdue Calumet the 45-21 lead heading in to the locker room.

The Peregrines would take their largest lead of the game on a layup from Will Brown (Sellersburg, Ind./ Rock Creek) making it 55-23 with 14:24 remaining.

The Lakes would fight hard for the remainder of the game, but the Peregrines would continue to pressure GLCC and come away with the 76-47 victory.

The Peregrines outrebounded the Lakes, 49-28, and outscored GLCC in the paint 42-18.

Purdue Calumet returns to action Wednesday, Feb. 3, when they take on Olivet Nazarene in a CCAC matchup in Bourbonnais, Ill. at 8:30 p.m. (CT)