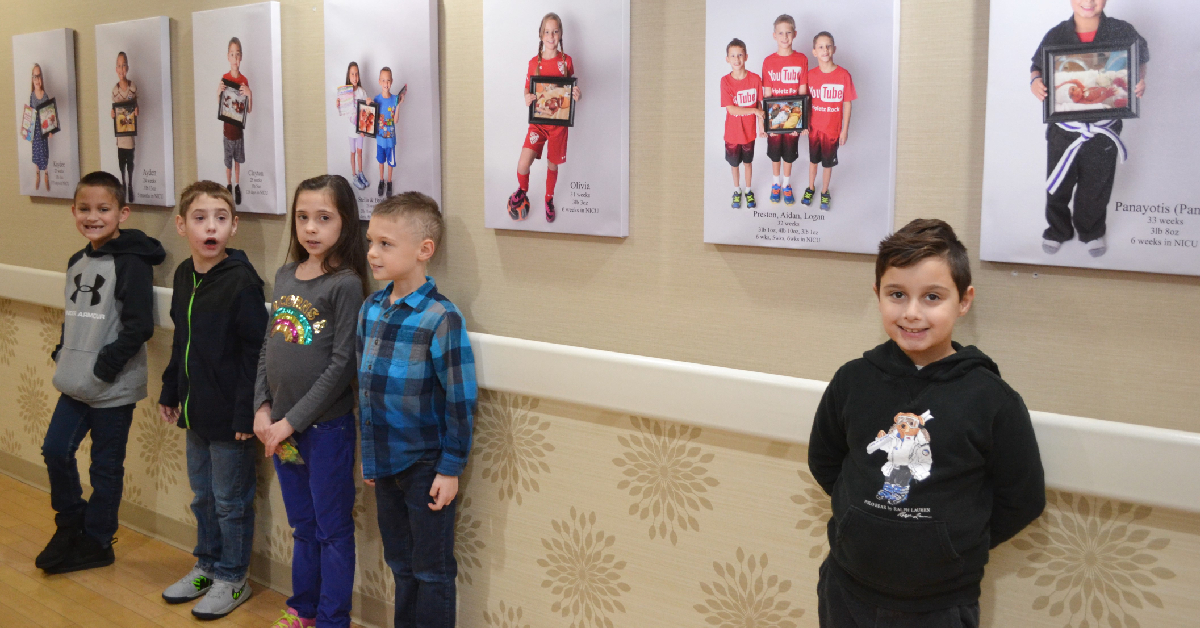 Families who went through weeks or even months with their babies in Franciscan Health Crown Point’s Neonatal Intensive Care Unit returned on Monday for the dedication of a display that shows how much their children have grown.

The Hall of Hope displays current portraits of some of the early patients of the hospital’s NICU, which opened eight years ago. The children are shown holding photos of themselves when they were in the unit.

The project was spearheaded by NICU nurse Patti Pirkle, who said she hopes that seeing the portraits in the hallway will give hope to families currently in the NICU. Photographer Meagan Skinner, whose daughter spent time in the NICU, shot the portraits of the children. “It was nice to meet all the kids and have the parents to talk to that went through the same thing,” Skinner said.

Audrey Finnearty of Merrillville, whose twins will be turning 8 next month, said, “I can hope that other parents know that there is that light and they’ll make it.”

Marianna Moschos of Crown Point attended the dedication with her 8-year-old son. She said, “I hope that it gives parents that have NICU babies a look into the future, that my kid’s going to get past all these struggles.”

“We’re really excited to dedicate this Hall of Hope, and we hope that for the parents that are coming into the NICU, they will see this and it will be a sign that there is a light at the end of the tunnel,” said NICU Manager Edy Oliver.