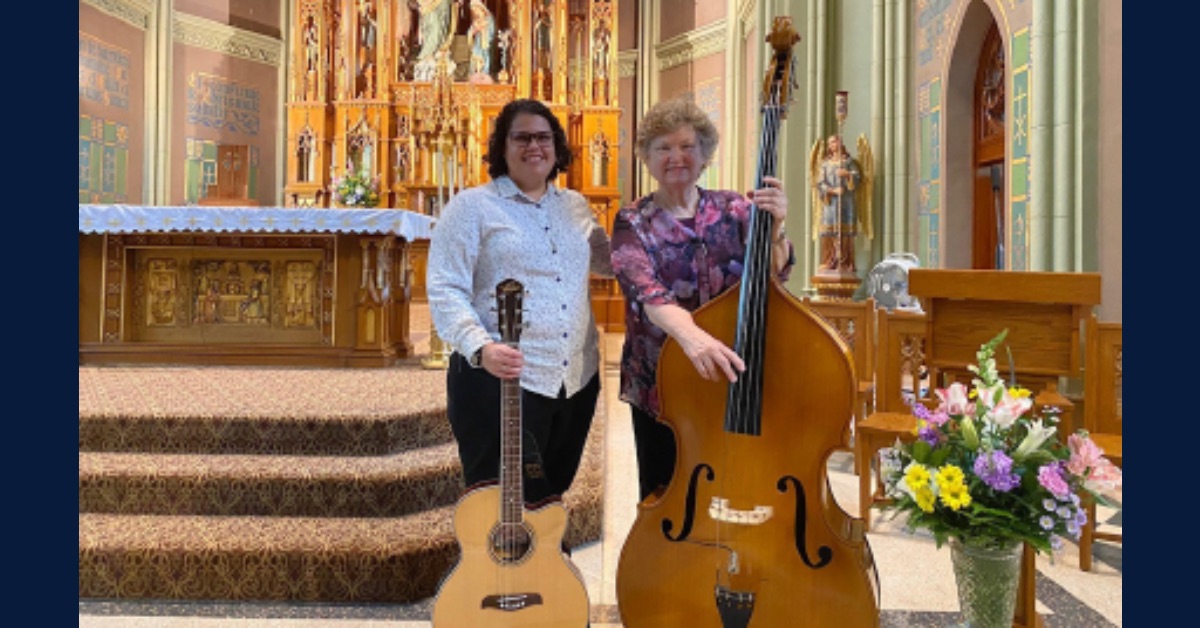 I was born in Northwest Indiana. My father’s parents emigrated from Lithuania and found jobs at Inland Steel. My mother’s parents came
from Slovakia and found employment at Standard Oil. My Slovak grandmother taught my sister, Sharon, and me our prayers in Slovak. Little did I know how my parents’ cultural background would influence my later ministries.

I entered religious life in 1962 through the wonderful examples of Sister Mercedes Sheffield, Sister Marjaleen Kelley, and Sister Teresa Wappel. I pictured my life as a Sister in a long habit teaching school for the rest of my life. Surprise! Right after I entered, Vatican II was convened on October 11, 1962.

Through it, the Spirit opened up the church and religious life. If you had seen me in my first years as a Sister, I would have been in three different habits, discovering more about Catherine Kasper and her charism, realizing that the foundation of my vocation was Baptism. That is why I went
back to my baptismal name, Patricia. Being surprised by the Spirit has been the theme of my life. Let yourself be open to the Spirit’s surprises in your life as well.

Another surprise of the Spirit was the Beatification of Catherine Kasper in April of 1978. I chose not to go to Rome because the second grade I was teaching in Mishawaka was making their first Reconciliation and first Communion at the same time as the beatification. But the Spirit surprised me again in 2018 when Saint Katharina Kasper was canonized in Rome. I went this time with PHJC Sisters, Associates, coworkers, relatives, and friends to Saint Peter’s Square.

My ministry had evolved into Pastoral Counseling with a side job as vocation and postulant guide.

A surprise again! I received a call in 1994 to go with a team of US Sisters to Lithuania. After the fall of the Soviet Union in 1991, religious communities of men and women were coming out of hiding to re-establish their communities and ministries. For three summers I Surprised by the Spirit worked with US Sister teams to help these Lithuanian religious.

I continued counseling but joined a group, Forum for Sisters, to continue to connect with Eastern European Sisters. We brought some of these women to the United States to further develop their spirituality and leadership skills. My last Servant Leadership workshop was in 2014 in Pennsylvania. The wisdom I received from these survivor Sisters was that no force on earth can destroy the church or religious life. The song On Eagle’s Wings from Psalm 92 took on new meaning.

After completing 30 years of counseling, I also thought my work in Eastern Europe was completed as well. Then Russian President Vladimir Putin surprised the world by invading Ukraine in February of 2022. Watching the terror of war, especially aimed at women and children, demanded action. I called on my contacts with Ukrainian Sisters. Then the PHJC Sisters of the
American Province sent aide to the Sisters of Saint Basil in Ukraine. The gift of my parents’ ethnic heritage aided me in this ministry as well.

The surprises were not over. This August, I participated in the Icon Retreat at Lindenwood. Joining us in another part of Lindenwood was a group of mostly women with children from Saint Nicholas Ukrainian Church in Chicago. They invited all at The Center at Donaldson to pray with them for peace in their country. Father Gregory, a Byzantine rite priest, prayed the “Our Father” in church Slavonic. I could follow this prayer with my grandmother’s voice in my heart.

One last blessing from my family’s heritage is to have my cousin, Maria Center resident Cathy Pavlina, her sister, Rosemary, and their brother Philip present at The Center at Donaldson to share in our PHJC vision and mission.