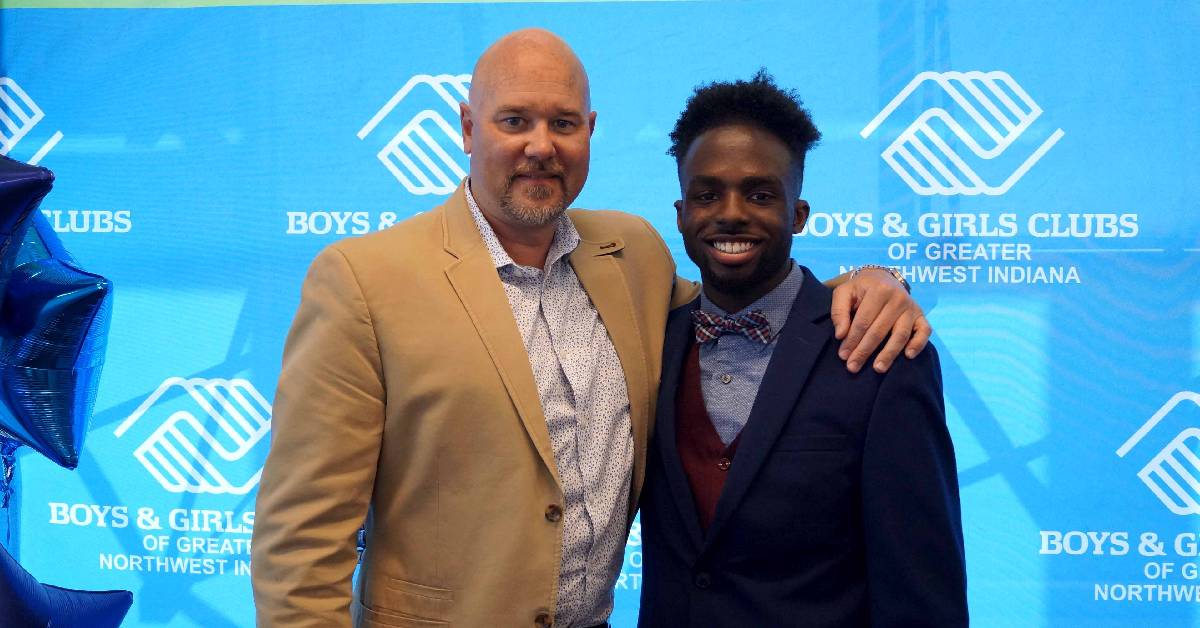 Boys & Girls Clubs of Greater Northwest Indiana’s Marcus Steele, Jr. was named Indiana’s State Youth of the Year on Tuesday during a virtual ceremony with participants from Clubs across the state. Surrounded by his father and Boys & Girls Club staff, Steele sat centered in the organization’s Administration and Resource Center conference room as he waited for the announcement.

When it came, staff erupted into applause and cheered as Steele stood and began clapping. He then spoke to the camera and addressed virtual participants, thanking Boys & Girls Clubs for “everything you’ve done for me and the other contestants around the state.” Minutes later, with the ceremony over and the camera off, Steele hugged his dad.

“His mother and I are so excited and proud of him,” Marcus Steele, Sr. said later.

“This has been a long journey for Marcus,” Steele, Sr. said. “But he’s very calm, and he takes everything in stride. It’s very rewarding right now.”

As staff congratulated Steele after the ceremony, Boys & Girls Clubs president and CEO Ryan Smiley applauded him for his hard work and for serving as a role model to younger Club members.

“We’re so proud of watching you grow up into the outstanding young man you’ve become,” Smiley said. “We know your future is very bright, and we’re excited for what’s coming next.”

Steele’s journey continues to the regional contest, which will take place in early summer and consist of Club members from around the Midwest. For being named the State Youth of the Year, Steele, who has been accepted to Ball State and plans to study construction management, will receive a $2,500 scholarship from Boys & Girls Clubs of America and $1,000 from the Indiana Area Council. Steele also received a $5,000 scholarship for being named Boys & Girls Clubs of Greater Northwest Indiana’s Youth of the Year.

For Steele, the accomplishment isn’t really about him.

“It feels great, but I’m just another kid from Gary,” he said. “Hopefully kids in Gary will see this as something to be proud of and proof that they can do something great.”

Boys & Girls Clubs of Greater Northwest Indiana has been opening doors to GREAT FUTURES for Porter and Lake County youth for over 60 years. Clubs are open after school and provide great places for youth in grades K-12 to meet friends and have fun while in a safe, supervised environment. Clubs are open during holidays and in the summer. Annual membership is only $40.00. For information on membership, volunteer opportunities, or to make a tax-deductible donation, please contact your local Club by calling (219) 764-2582 or visiting bgcgreaternwi.org. Great Futures Start HERE.