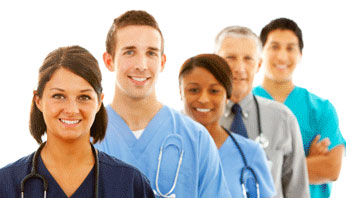 Franciscan Alliance’s Franciscan Physicians Network has grown to include more than 260 doctors to serve patients in three states.

“FPN is the brand name of a regionally initiated and corporate-led effort to more closely align separate employed physician groups in the Franciscan Alliance Northern Indiana Region, as well as throughout Franciscan Alliance,” said Gene Diamond, Northern Indiana Region CEO. “FPN’s emphasis is on coordinating services to employed physicians and their offices, including, but not limited to, billing, contracting, recruiting, compensation and benefits.”

Added Scott Bonnar, FPN regional executive director, “Franciscan Physicians Network is working to redesign care delivery. We are driven to provide the highest quality care in the region in a patient-centered and cost-effective way, with sensitivity to the high deductible health plans of our patients."

The FPN sites also are enhancing their services through use of the EpicCare electronic medical records system, which provides physicians and patients faster access to information and a secure link between doctors’ offices and hospitals.

Patients are able to access their medical records free of charge from physician offices and the hospitals through Epic’s MyChart system, which also provides reference materials to help them understand their conditions and to answer questions. The system likewise allows patients to request or schedule physician appointments.

For more information on Franciscan Physicians Network and a listing of physicians, visit: FranciscanDocs.org.