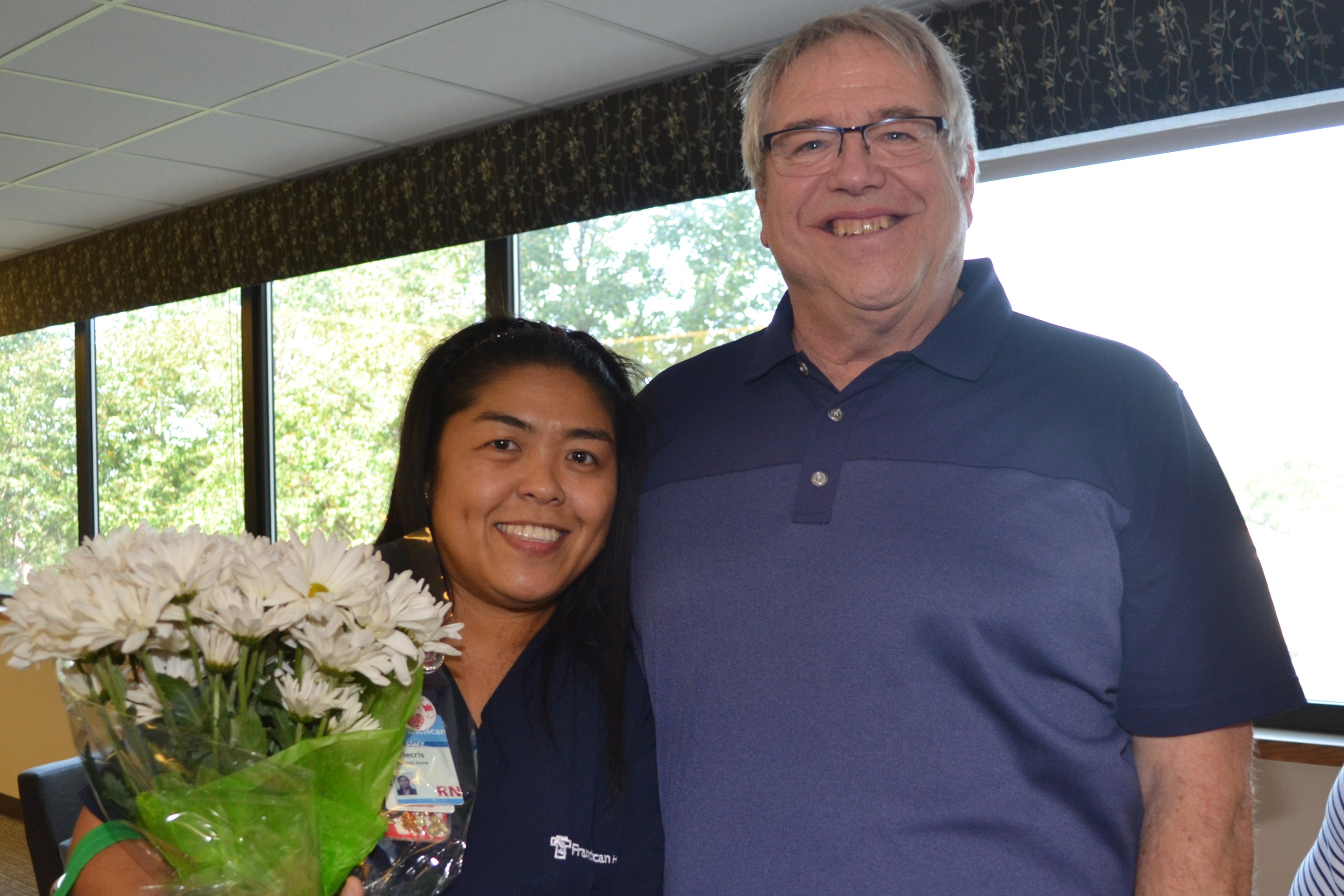 Weaver works in the hospital’s inpatient rehabilitation unit, and it was there where she encountered patient Tom Hoffman, who was among those gathered for the award presentation on Sept. 30. Hoffman had to remain flat on his back for 13 hours straight after spinal fusion surgery and said it wasn’t long after Weaver came on duty that they discovered their similar personalities and senses of humor.

“She just kept me laughing and talking,” Hoffman said. “No matter what I needed she was there.”

Franciscan Health Dyer also received a letter from the mother of a patient who said Weaver treated them like family. “Marie, you were the fresh smell of cinnamon rolls to my daughter and our family,” her letter read.

Weaver, receiving a bouquet of daisies and a box of cinnamon rolls, said, “I just do what I can to make every night a little easier.”

In presenting the award, Patrick Maloney, president and CEO at Franciscan Health Dyer, Hammond and Munster, said, “It’s so important to recognize our nurses for what you do every day and what you mean to our organization.”

For more information about the DAISY Awards and the DAISY Foundation honoring nurses internationally, visit www.daisyfoundation.org.