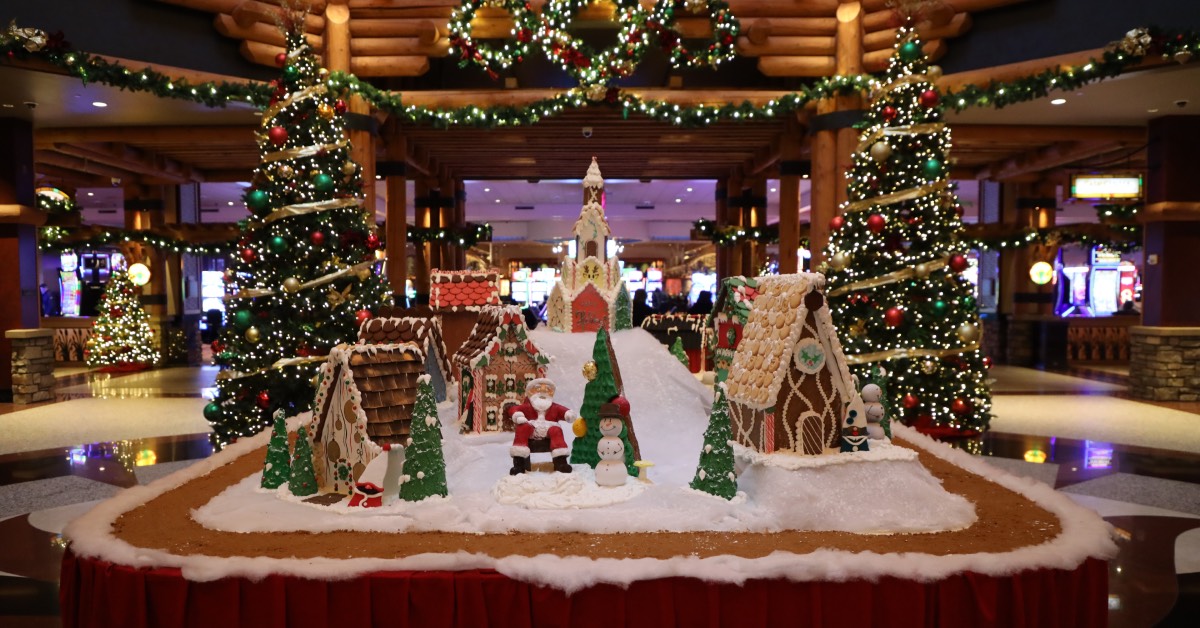 Commenting on the construction of the gingerbread villages, Craig Lewkowitz, Senior Vice President of Food and Beverage for Four Winds Casinos said, “The construction of the displays was inspired by traditional Bavarian Villages and prepared through the collaborative efforts of our Culinary and Facilities Departments.  Planning for the displays started in June and we began the production of the gingerbread in mid-September, building the houses slowly when time permitted.  We really hope our guests enjoy the villages and appreciate the hard work that went into creating these festive holiday displays.”

The Pokagon Band of Potawatomi’s sovereignty was reaffirmed under legislation signed into law by President Clinton in September of 1994.  The Pokagon Band is dedicated to providing community development initiatives such as housing, education, family services, medical care and cultural preservation for its more than 5,900 citizens.  The Pokagon Band’s ten-county service area includes four counties in Southwestern Michigan and six in Northern Indiana.  Its main administrative offices are located in Dowagiac, Mich., with a satellite office in South Bend, Ind.  In 2007, it opened Four Winds Casino Resort in New Buffalo, Mich., followed by Four Winds Hartford in 2011, Four Winds Dowagiac in 2013 and Four Winds South Bend in January 2018.  The Pokagon Band operates a variety of businesses via Mno-Bmadsen, its non-gaming investment enterprise.  More information is available at www.pokagonband-nsn.gov, www.fourwindscasino.com and www.mno-bmadsen.com.