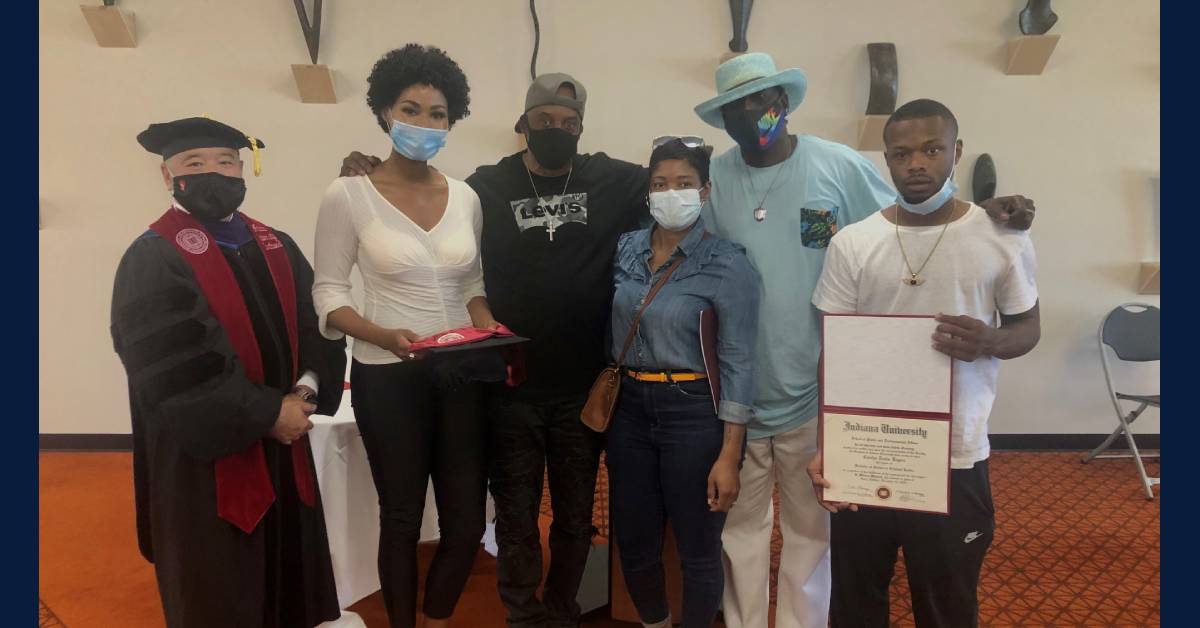 “Born, raised and educated in Gary, Carolyn worked tirelessly to improve the city and its citizens, serving for 20 years as the City of Gary’s 4th district councilwoman, president of the Gary Common Council, member of the National League of Cities, the Indiana Association of Cities & Towns, and the National Black Caucus of Local Elected Officials, among others,” said Ken Iwama, IU Northwest Chancellor.

"She utilized her acquired knowledge and skills and unleashed them to enrich our community. Carolyn did dream anew and did achieve so much guided by that noble purpose to help all of us do better and be better. And with the conferral of her degree, adding to her great legacy, Carolyn will now, and forever, be a RedHawk."