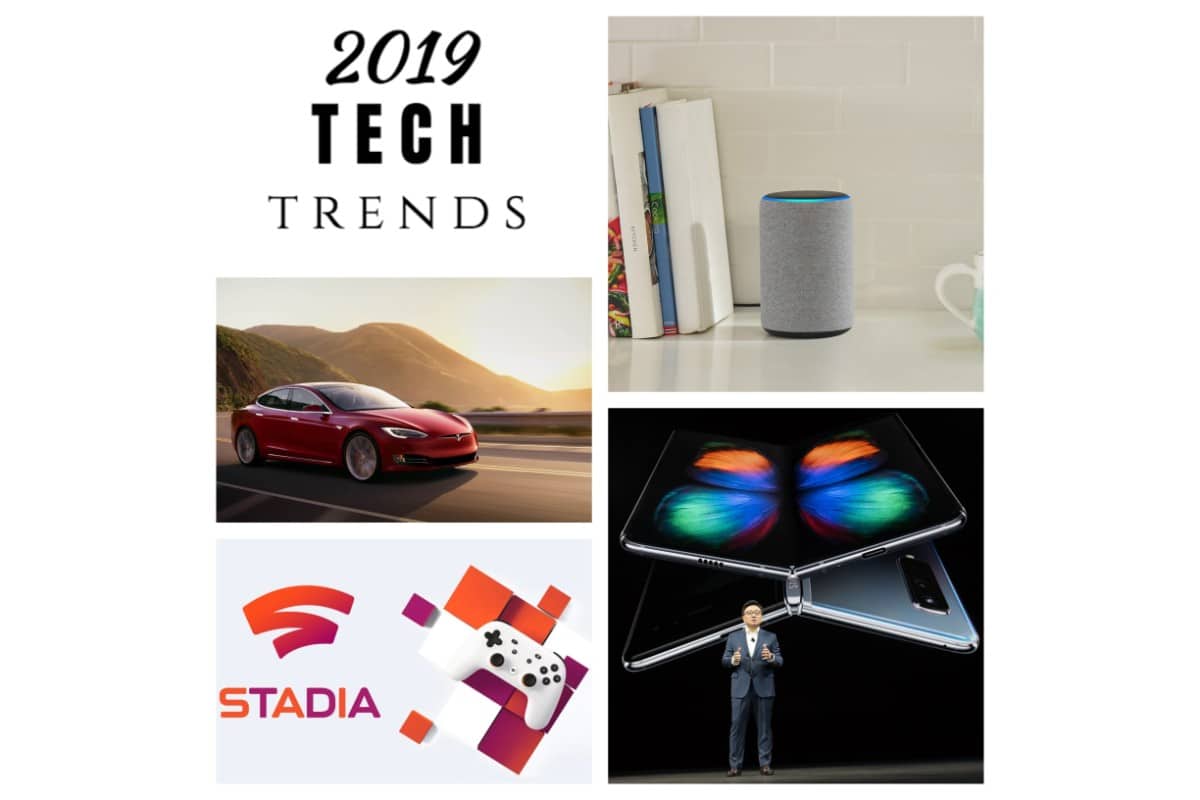 It is almost impossible to go any meaningful length of time without some major tech news announcement. Just a few days back Apple announced they are expanding their streaming services to provide Apple TV Channels and a new original content source in Apple TV+. Online streaming content is one of the biggest trends in consumer technology right now, but there are plenty of others worth keeping an eye on. Here is a breakdown of some of the biggest movements in online services, gadgets, and other devices this year.

As mentioned, Apple is moving to launch their own competitor to services such as Netflix, Hulu, and Amazon Prime. More and more premium television and film content is releasing first on online platforms, such as Roma which cleaned up last awards season. And of course, music streaming services such as Spotify continue to increase their daily streaming numbers. Google on the other hand, is looking to bring streaming to a fairly unexplored industry in the field, video games. Google is launching Stadia in 2019 as a competitor to Sony’s PlayStation now and Microsoft’s more experimental Project xCloud.

Unlike movies, music, and television, video games rely on player interaction to control what’s happening on the screen. As a result, a strong internet connection is incredibly important and any kind of delay, lag, or buffering the player experiences is likely to put them off the service for good. Regardless of how Stadia turns out, Google’s big investment is a sign that new streaming platforms are not going to slow down.

Foldable flip phones used to be the standard in cell phone technology what seems like a century ago. The basic idea of the design is seeing a resurrection this year with foldable smartphones. These rather thick devices look to combine the portability of a smartphone with the screen size of a tablet by using a mixture of hinges and flexible screens that allow the user to fold the phone to cut down on screen size. Samsung is launching their Galaxy Fold at the end of April for the price of $1,980. Other companies, such as Apple and LG, have patents and prototypes in the works.

These phones definitely look exciting, but the high cost and awkwardness of the early models might mean it takes a few more years for foldable tech to earn its spot in most consumer’s pockets.

The fantasy of your car driving you to work while you take a nap is getting closer to reality. Companies like Google’s parent Alphabet Inc. have been testing fully autonomous cars on public roads for some time now, but consumers have only recently gotten the chance to experience some of the fruits of that research. The biggest example is Tesla’s Model S, which can control speed and steering without human intervention. It still requires the driver to pay attention and be ready to take the wheel at all times, but is capable of adjusting to complex traffic conditions on its own with a large degree of success. That is a big stride, and many local and state governments are starting to tackle the legal complications that these kinds of vehicles are introducing.

Interoperability is when different computer systems share information and work together, and it is becoming a common theme in home technology. The easiest place to see this in practice is with Amazon’s Alexa. Right now, most people know it as the little dot you can use to answer questions, make a schedule, or place online orders. Amazon is pushing Alexa onto as many other devices as it can, they even released a microwave with Alexa compatibility. Amazon’s vision is for you to ask Alexa to pop your popcorn, turn off your lights, and start up the newest Amazon Prime Video exclusive show. Scary, in a way, but it is hard to deny how sci-fi that scenario feels.